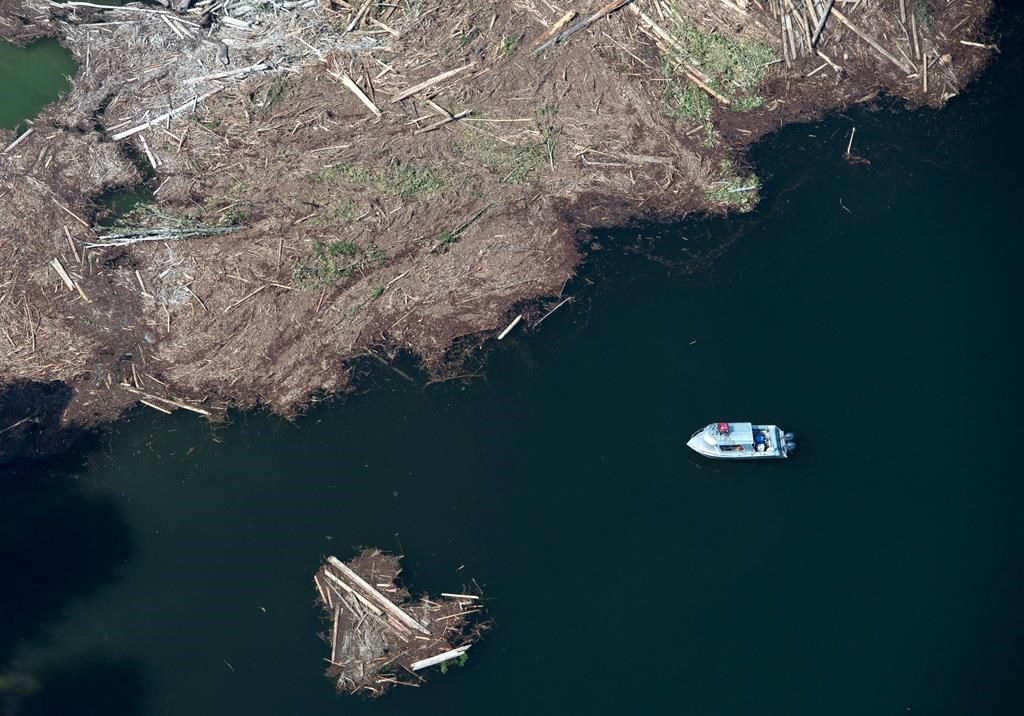 VANCOUVER — Lawmakers in Alaska and Washington state are renewing calls for British Columbia to strengthen its mining regulations to protect shared waterways.

A group of 25 members of the Washington state legislature sent a letter to Premier John Horgan in March, saying a tailings dam breach at one of several mines in B.C. within 100 kilometres of the state’s border could damage transboundary rivers and fisheries.

Eight Alaskan state legislators followed with a letter to Horgan in May expressing their constituents’ “deep concerns” about the potential impacts of abandoned, active and future mines on shared waterways.

B.C. is making changes to mining policies after a 2016 audit found “monitoring and inspections of mines were inadequate to ensure mine operators complied with requirements,” increasing environmental risk.

The audit was already underway in 2014 when the 40-metre tailings dam failed at the Mount Polley copper and gold mine in south-central B.C.

The disaster sent more than 20 million cubic metres of mining wastewater into the surrounding waterways and it looms large for the U.S. lawmakers.

Washington state is spending tens of millions of dollars to repair salmon habitat and the potential for that work to be “destroyed by one accident” at a mine upstream is concerning, state Sen. Jesse Salomon said in an interview.

In a followup letter to Horgan and Mines Minister Bruce Ralston, Salomon asked whether reclamation liability in the event of a tailings disaster at the Copper Mountain Mine near the Similkameen River in southern B.C. would extend to transboundary waters.

The open-pit copper mine has two 150-metre tailings dams that have been raised regularly in recent years. The owner, Copper Mountain Mine Ltd., is planning a major expansion to increase the mine’s life and storage capacity, according to a design plan posted online last April.

Calls to Copper Mountain Mine Ltd. were not answered on Monday.

The latest annual report by B.C.’s chief inspector of mines showed the province held a security or bond close to $30 million for the mine, while the reclamation liability was estimated to be $14.8 million.

Cleaning up after Mount Polley has cost at least $70 million, according to Imperial Metals.

The inspector’s report estimates there is an $850-million gap between the bonds the province holds and the liability estimates for a list of 100 mines.

Salomon and his colleagues are seeking assurances that changes to B.C.’s mining regulations will see companies put up a full financial bond for existing and proposed mines that could affect shared waterways.

Washington, Alaska and other states require full bonding up front.

B.C. sets bonds based on site-specific assessments and the amounts reflect outstanding reclamation and closure obligations, the Mines Ministry said in a statement. The chief permitting officer may increase or decrease the amount of any security based on the risks at any time, it added.

Mining companies in B.C. are responsible for reclamation liabilities regardless of whether the province holds a bond, Ralston said in a letter replying to Salomon and his colleagues obtained by The Canadian Press.

A bond is used if a mining company defaults on its obligations, he wrote, adding B.C. is “working to close the historic gap between reclamation liabilities and the amount of reclamation security held in order to reduce the risk to B.C. taxpayers” and limit the potential for environmental impacts.

B.C.’s mining reforms also include the creation of a mine audits and effectiveness unit, which is currently looking at revisions to B.C.’s code on tailings storage made in 2016 and 2017.

In southeast Alaska, state Rep. Dan Ortiz said his constituents are concerned that wild salmon are already under pressure, while tailings dams continue to be approved in B.C. at the headwaters of shared waterways.

“From our perspective, it’s all downside and nothing good,” he said in an interview. “That’s not to say … the Canadian people don’t have the right to develop the resources. It’s just we just wish that there would be some protections put in place (for) our interests in fishing and tourism.”

Ortiz pointed in particular to Seabridge Gold Inc.’s proposed KSM mine, which would span two salmon-bearing watersheds near the Alaska border.

The massive project would see the construction of four dams ranging in height from 168 to 239 metres with the total capacity to store 2.3 billion tonnes of tailings. Seabridge’s proposal was approved through federal and provincial environmental assessment processes in 2014.

Alaskans have also called for the cleanup of the Tulsequah Chief mine, which has been leaking acid mine drainage into nearby waters since its original owner — Teck Cominco, now Teck Resources — left in 1957.

A closure and reclamation plan for the mine released by the B.C. government last April pegged the cost of closure at $48.7 million plus more than $1 million in monitoring and maintenance each year.

The last owner of the Tulsequah Chief, Chieftain Metals, went into receivership in 2016 and an Ontario court ruling last August allowed two years in which a receiver could be re-appointed for the mine.

The receivership proceedings must wrap up before a long-term reclamation and remediation plan is finalized, the Mines Ministry said in a statement.

In the meantime, it said the province is taking initial actions outlined in the remediation plan, such as bridge repairs and water monitoring.