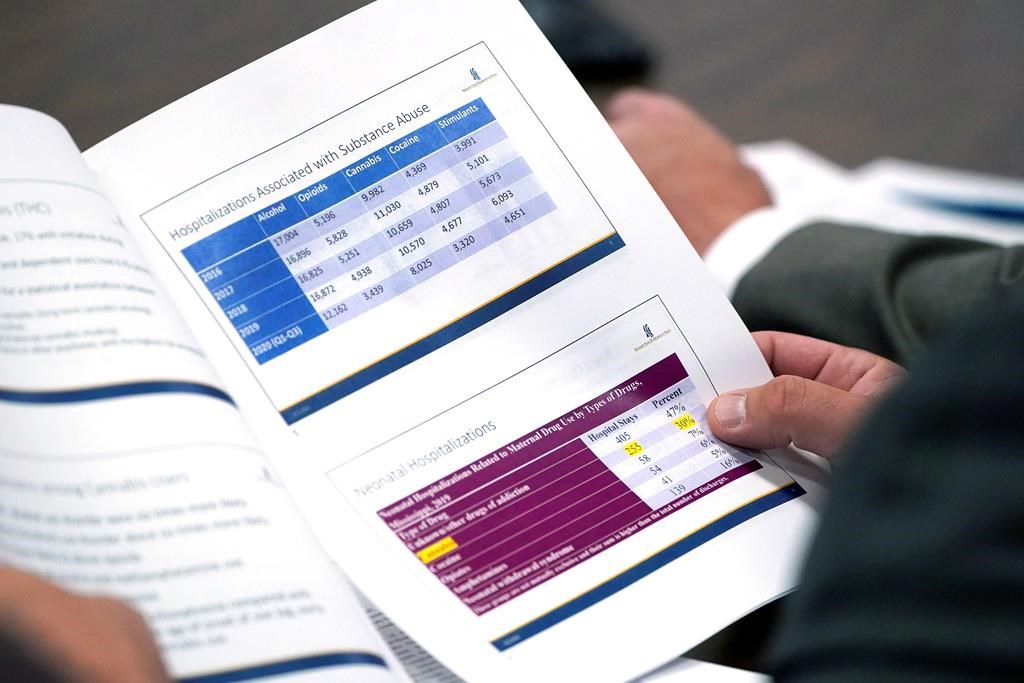 JACKSON, Miss. (AP) — The leader of the organization that sponsored the voter-approved Mississippi medical marijuana initiative that was recently blocked in court says the program should be changed and improved by the state Legislature — but not by too much.

Medical marijuana advocates were outraged last month when the state Supreme Court ruled that Mississippi’s initiative process is outdated and therefore the initiative is void.

Mississippi Medical Marijuana Association executive director Ken Newburger said when Initiative 65 was written, he and others made some “short-sighted” missteps, such as tasking the state Department of Health with running the program on its own.

“There are some major gaps that I think a lot of you have pointed out in the past and a lot of people in the state have pointed out that need to be remedied,” Newburger said Thursday during a Senate Public Health Committee meeting at the state Capitol.

However, Newburger said it’s important that the basic tenets of what voters approved stay the same: Patients should be able to consume marijuana in any form — in a joint, edibles or otherwise; doctors should be responsible for certifying patients; small businesses should be able to operate and compete in the industry; and the program should be self-funded.

Mississippi residents voted in November to adopt Initiative 65, a state constitutional amendment that would have required the Health Department to create a program so marijuana could be available to people with “debilitating” medical conditions. The long list included cancer, epilepsy and sickle cell anemia.

As lawmakers on Thursday discussed what a state medical marijuana program might look like, major topics of conversation centered on whether Mississippi should allow people to smoke marijuana, how much marijuana people should be able to receive each month, how it will be taxed, where the revenue will go and how close treatment centers should be to schools and churches.

“The sooner we start talking about what options we have, the better,” said Democratic Sen. Hob Bryan of Amory, the Public Health Committee chairman. “What is in the best interest of the public? That’s what we must determine.”

Republican Sen. Kevin Blackwell of Olive Branch said some lawmakers might balk at a program that allows people to smoke marijuana, as well as allowing people to receive up to 5 ounces (142 grams) a month, as proposed in Initiative 65.

“Five ounces a month seems like an awful lot of marijuana,” Blackwell said.

Republican Sen. Brice Wiggins of Pascagoula asked whether some of the tax revenue from the sale of marijuana should go into the state budget. Initiative 65 would have put the revenue into running the medical marijuana program.

Republican Gov. Tate Reeves has not said whether he will call legislators into special session this year to consider medical marijuana legislation. If he does not, the discussion would happen after the next regular session begins in January.

State Health Officer Dr. Thomas Dobbs told lawmakers Thursday there is still limited research on the benefits and impacts of using medical marijuana. He said he has concerns about young people developing substance use disorders and about the use of marijuana by pregnant women.

“There are potential harms,” Dobbs said. “As we look into this, I think we need to think about it in the context of, ‘It’s not a panacea. There are downsides to everything.’”

He said the Health Department is also opposed to allowing medical marijuana to be smoked because of the risk of lung cancer and other detrimental health impacts.

About 1.3 million people voted in Mississippi in November, and more than 766,000 of them voted in favor of Initiative 65. That’s about 10,000 more residents than voted in November for then-President Donald Trump, who won handily in the state despite losing his reelection bid.

Leah Willingham is a corps member for the Associated Press/Report for America Statehouse News Initiative. Report for America is a nonprofit national service program that places journalists in local newsrooms to report on undercovered issues.