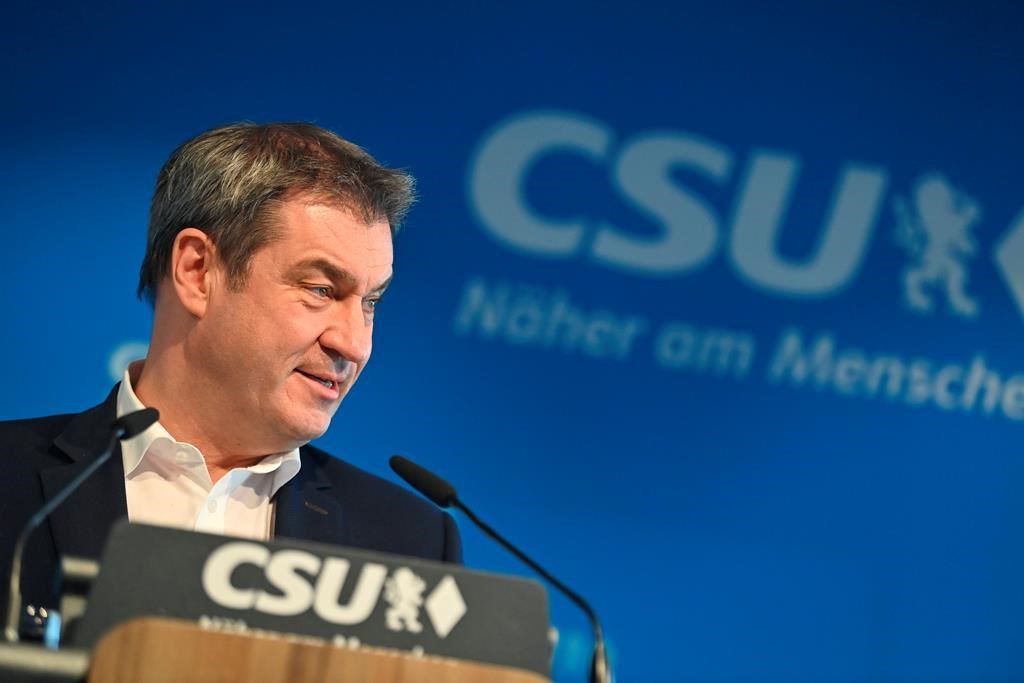 BERLIN â€” Armin Laschet, the governor of Germany's most populous state, on Tuesday won a bruising power struggle to become the candidate of Chancellor Angela Merkel's centre-right bloc for chancellor in the September election.

Their Union bloc is the last major political force to nominate a candidate for chancellor in the Sept. 26 parliamentary election, in which Merkel is not seeking a fifth term after nearly 16 years in power.

The race turned into a heated duel after both Laschet, the leader of Merkel's Christian Democratic Union, and Soeder, who leads its smaller Bavarian sister party, the Christian Social Union, declared their interest in succeeding Merkel.

"The die is cast: Armin Laschet will be the chancellor candidate of the Union," Soeder said on Tuesday. "We will support him with all our strength, without a grudge.”

Parts of the CDU favoured Soeder, while others vehemently opposed his bid to elbow Laschet aside for the top job. Soeder has much better poll ratings, but Laschet was elected in January as the leader of by far the bigger of the sister parties. It was primarily a conflict of personality and style rather than policy.

At the beginning of last week, Laschet informally rallied the CDU leadership behind his bid. But Soeder said the matter shouldn't be resolved "only in a small back room."

After days of talks failed to produce a solution but laid bare deep divisions in the CDU, Soeder said Monday that the bigger party must decide the matter and his CSU would respect a "clear decision."

At a turbulent meeting of the CDU leadership that lasted until after midnight, 31 of its members voted for Laschet, nine for Soeder and six abstained, news agency dpa reported. That prompted Soeder to concede.

The Union bloc campaigns together in federal elections and has a joint parliamentary group in Berlin. The CSU exists only in Bavaria, while the CDU runs in Germany's other 15 states.

The Union leads polls ahead of the environmentalist Greens, who on Monday nominated Annalena Baerbock as their first candidate to be chancellor. The struggling centre-left Social Democrats nominated Finance Minister Olaf Scholz as their candidate months ago.