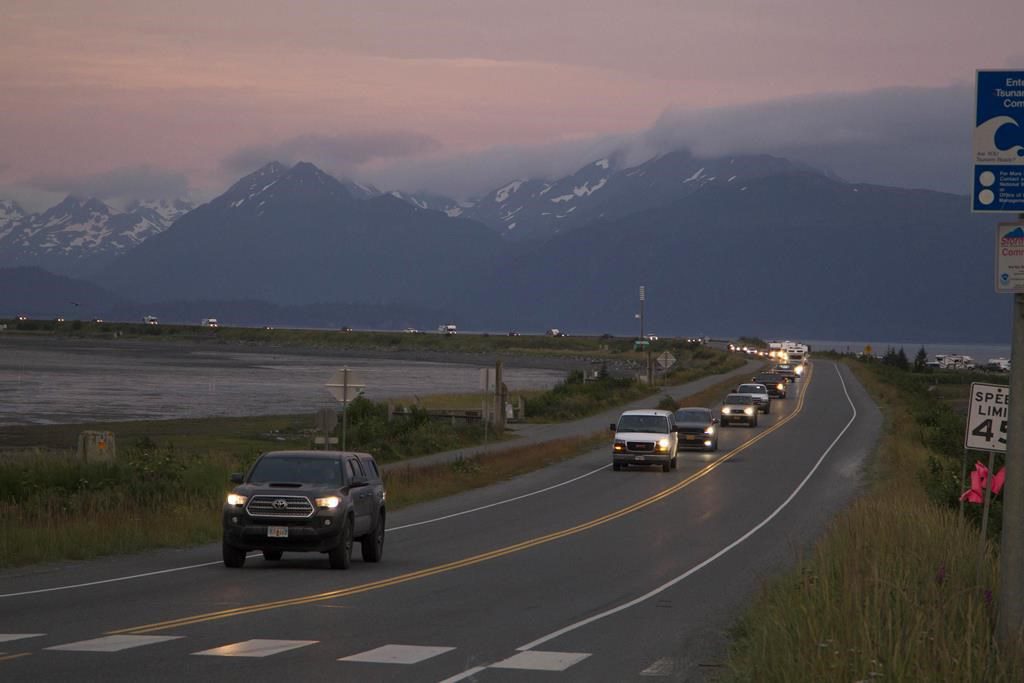 ANCHORAGE, Alaska (AP) — The largest earthquake in the United States in the last half century produced a lot of shaking but spared Alaska any major damage in a sparsely populated region, officials said Thursday.

The magnitude 8.2 earthquake was reported about 10:15 p.m. Wednesday, and struck just south of the Alaska Peninsula, nearly 500 miles (804.67 kilometers) southwest of Anchorage. The quake was about 60 miles (96.56 kilometers) offshore and 29 miles (46 kilometers) below the surface of the North Pacific Ocean, according to the U.S. Geological Survey.

The Alaska Earthquake Center said on its website that it was the largest quake in the U.S. since a magnitude 8.7 quake in the Aleutians in 1965. A year before that, the magnitude 9.2 Good Friday earthquake devastated parts of Anchorage and other Alaska communities. That quake and ensuing tsunami killed 131 people from Alaska to California.

The late Wednesday quake produced a lot of shaking. But the director of the Alaska Division of Homeland Security and Emergency Management said Thursday no major damage was reported anywhere in the nation’s largest state.

“You could imagine if that earthquake happened in Anchorage or in Los Angeles the damage that would have occurred and the loss of life and injury and property damage and all of that. But so far, so good,” said the director, Bryan Fisher.

He’s been with the agency for 26 years, and this was the largest quake he’s experienced.

“I was really assuming the worst, that there was going to be widespread catastrophic damage,” he said.

But as calls were made to coastal communities while they were evacuating during the tsunami warning, the calls were able to go through, a good initial sign. And local officials reported they didn’t see any structural or significant damage.

Given how long the ground shook, up to two minutes in some places, they expected to have broken glasses or plates and items thrown out of pantries and refrigerators.

“But to not have roads collapse, not have a damaging wave from the tsunami that was generated was just incredible,” Fisher said. “It’s really a miracle.”

A common saying is that earthquakes don’t kill people, buildings do, said Peter Haeussler, a research geologist with the U.S. Geological Survey.

“Because this earthquake was so far from the shore — it was basically out in the middle of nowhere and also in places where nobody is really living — then the ability to have strong ground shaking, to damage buildings, to injure people goes to pretty close to zero,” Haeussler said.

Tsunamis generated by earthquakes can also cause a lot of damage. But he said this one occurred underneath a shelf, so it didn’t displace very much water.

“We were fortunate, very fortunate,” said Jordan Keeler, the city administrator in Sand Point, a community of about 1,300 people located about 65 miles (104.61 kilometers) southwest of the quake’s epicenter.

“Everything appears to be in working order,” he said. This followed reports of no major damage from the city’s police chief and harbormaster.

A tsunami warning for Alaska was canceled early Thursday when communities started reporting minor wave sizes, some just over a half foot (15.2 centimeters). A tsunami warning that also had been issued for Hawaii was canceled, and officials said there was no threat to Guam, American Samoa or the Commonwealth of Northern Mariana Islands.

The tsunami warning for Alaska covered nearly a 1,000-mile (1,600-kilometer) stretch from Prince William Sound to Samalga Island, Alaska, near the end of the Aleutian Islands.

In the Kenai Peninsula community of Homer, a steady stream of cars was seen evacuating the Homer Spit, a jut of land extending nearly 5 miles (8 kilometers) into Kachemak Bay that is a draw for tourists and fishermen.

In King Cove, up to 400 people took shelter in the school gym.

”We’re used to this. This is pretty normal for this area to get these kind of quakes, and when the tsunami sirens go off, it’s just something we do,” school principal Paul Barker told the Anchorage Daily News. “It’s not something you ever get used to, but it’s part of the job living here and being part of the community.”

The earthquake was in an area where a roughly magnitude 8 earthquake was recorded in 1938. Haeussler said not much is known about that quake, but the Wednesday temblor seems to have re-ruptured the southwestern part of that area.

The quake was also in an area where two fairly strong earthquakes were reported last year. Haeussler said earthquake scientists will be interested in understanding the relationship between them.

Several aftershocks have been reported in the hours since the quake.

This story has been corrected to show the time of the earthquake was 10:15 p.m.