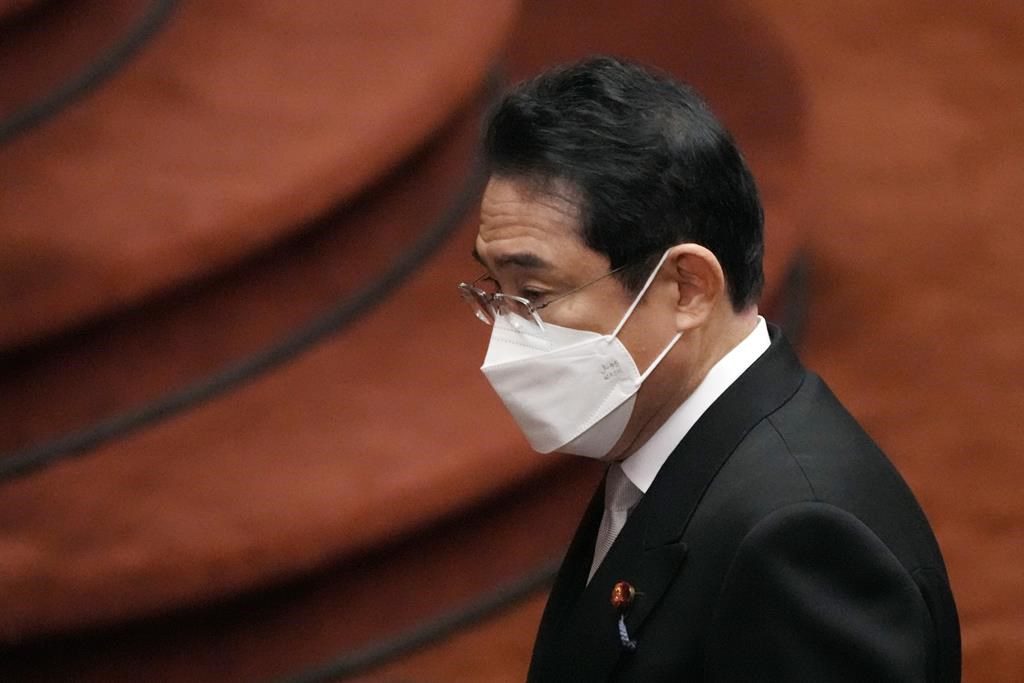 TOKYO (AP) — Prime Minister Fumio Kishida said Monday that Japan faces the severest security environment in the region since the end of World War II and pledged to push a military buildup under a newly adopted security strategy over the next five years and beyond as well as tackle rapidly declining births so the country can sustain national strength.

Kishida’s government in December adopted key security and defense reforms, including a counterstrike capability that makes a break from the country’s exclusively self-defense-only postwar principle. Japan says the current deployment of missile interceptors is insufficient to defend it from rapid weapons advancement in China and North Korea.

In his policy speech opening this year’s parliamentary session, Kishida said active diplomacy should be prioritized, but it requires “defense power to back it up.” He said Japan’s new security strategy is based on a realistic simulation “as we face the most severe and complex security environment since the end of World War II and a question if we can protect the people’s lives in an emergency.”

The strategy seeks to keep in check China’s increasingly assertive territorial ambitions, but it’s also a sensitive issue for many countries in Asia that were victims of Japanese wartime aggression. Kishida said it’s a “drastic turnaround” of Japan’s security policy, but still remains within the limitations of its pacifist constitution and international law.

“I make it clear that there will not be even a slightest change from Japan’s non-nuclear and self-defense-only principles and our footsteps as a peace-loving country,” Kishida said.

This month, Kishida took a five-nation tour, including Washington, to explain Japan’s new defense plan and further develop defense ties with its ally the United States.

Japan plans to nearly double its defense budget within five years to 43 trillion yen ($332 billion) and improve cyberspace and intelligence capabilities. While three-quarters of an annual defense budget increase can be squeezed out through spending and fiscal reforms, the remainder needs to come from a possible tax increase, and Kishida has already faced growing criticism from opposition lawmakers and even from his governing party.

“We cannot waste any time on the policies for children and childrearing support,” he said. “We must establish a children-first economic society and turn around the birthrate.”

Japan’s population of more than 125 million has been declining for 14 years and is projected to fall to 86.7 million by 2060. A shrinking and aging population has huge implications for the economy and national security.

Kishida pledged to bolster financial support for families with children, including more scholarships, and said he would compile a plan by June.

Japan is the world’s third biggest economy but living costs are high and wage increases have been slow. The conservative government has lagged behind on making society more inclusive for children, women and minorities.

So far, efforts to encourage people to have more babies have had limited impact despite payments of subsidies for pregnancy, childbirth and child care. Some experts say government subsidies still tend to target parents who already have children rather than removing difficulties that are discouraging young people from having families.