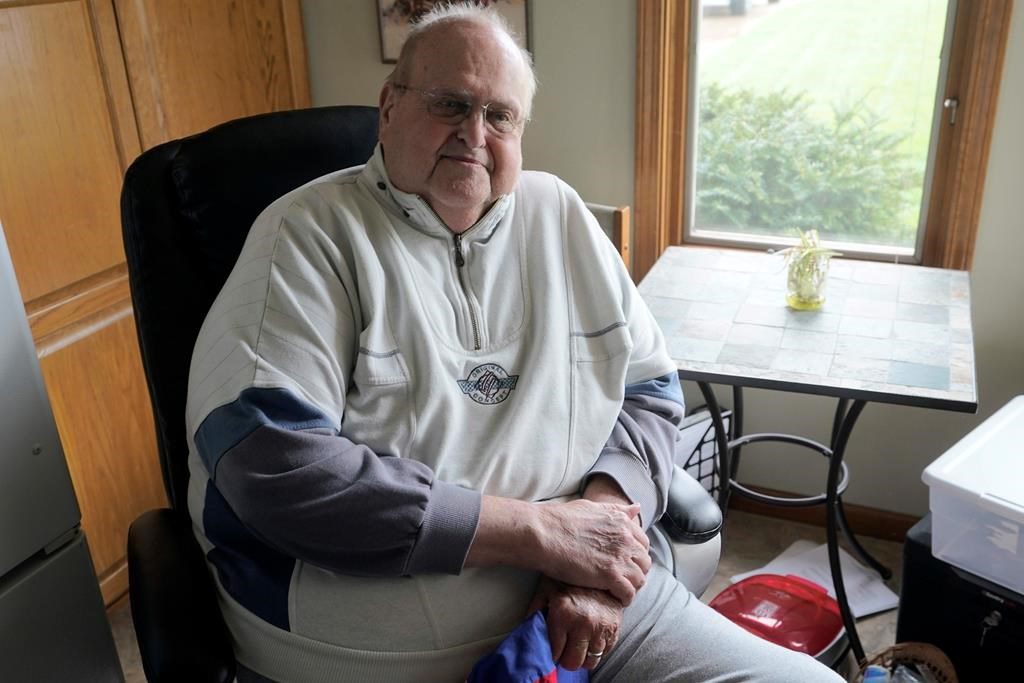 TOPEKA, Kan. â€” Charley Crabtree was looking to help voters in nursing homes get absentee ballots delivered on time last year, so he picked up about 75 from at least 10 locations in his hometown of Lawrence. Republicans who control the Kansas Legislature want to make what he did a crime punishable by up to six months in jail.

Republican lawmakers said they’re protecting the integrity of the state’s elections by making it less likely that ballots will go missing or get altered. Democrats describe the measure that cleared the GOP-controlled Legislature this month as an attack on get-out-the-vote efforts helping elderly, disabled and poor voters.

The bill also could help Republicans with a key policy goal: saving state abortion restrictions endangered by a Kansas Supreme Court decision in 2019 protecting abortion rights. GOP lawmakers were joined in efforts to revise election laws by abortion opponents who fear that abortion-rights canvassers could collect thousands of ballots to defeat a proposed anti-abortion amendment to the state constitution on the August 2022 ballot.

The Kansas fight illustrates how proposals billed as election reform might help a specific party or policy priority. The GOP's bill is headed to Democratic Gov. Laura Kelly, who hasn’t said whether she'll sign or veto it.

Crabtree said he was thinking last year about how people living in nursing homes would be able to vote because of the coronavirus pandemic. He pitched an idea to his local League of Women Voters chapter to deliver their ballots, which were sealed in envelopes so that "you would have to just completely tear up the envelope to get in them."

"And we offered it to everybody and the ones that wanted help, we were glad to give it to them," he said.

While Georgia has been ground zero in the election laws fight, it also has come to states that ex-President Donald Trump won, including Florida, Iowa, Kansas and Montana. Iowa last month enacted a GOP-backed law that makes it harder to vote early, potentially disadvantaging Democrats.

The issue also is before the U.S. Supreme Court, which is considering the constitutionality of an Arizona law enacted by Republicans there in 2016 limiting who can return ballots.

More than half of states, including Kansas, allow a third party, non-relative to collect ballots and deliver them to election offices, though a dozen of those put limits on how many, according to the National Conference of State Legislatures.

The Kansas measure would limit most individuals to delivering 10 ballots during each election, and candidates would be allowed to deliver ballots only from immediate family members.

"It stops the professional ballot harvesters from coming in and collecting as many ballots as they can, hundreds if not thousands of ballots to alter and change the outcomes of elections," said state Rep. Blake Carpenter, a Wichita-area Republican who helped draft the bill’s final version.

Kansans for Life, the state's most influential anti-abortion group, and the conservative Family Policy Alliance of Kansas, also backed the bill. Brittany Jones, the alliance's advocacy director, said the group always has been concerned about election integrity.

"We are concerned that Planned Parenthood and the abortion industry could bring in out of state people and harvest hundreds if not thousands of ballots," said Kansans for Life lobbyist Jeanne Gawdun. "There's a number of ways for people to take advantage."

Julie Burkhart, CEO of the Trust Women abortion-rights group, said it has offered to deliver ballots for voters and sees "a clear attempt at voter suppression."

"If a key part of your strategy is making it so that fewer people can vote, you may be on the wrong side of an issue," added Rachel Sweet, a Planned Parenthood Great Plains lobbyist.

Republicans argue that the more ballots someone can deliver, the greater the chance that some will get lost â€” or deliberately altered or misplaced. While they’ve pointed to examples of Democratic candidates in Kansas collecting ballots, they’ve yet to present evidence that it led to fraudulent votes. But some cite a North Carolina scandal that overturned a 2018 congressional election, in which a GOP operative was accused of having workers collect incomplete or blank absentee ballots. A few even point to a controversy in Democratic-led California, where Republicans faced allegations of setting up illegal ballot drop boxes.

Democrats counter with cases of voters who don't have reliable transportation or who wait to vote until the mail might not deliver an absentee ballot on time. Democratic state Rep. Vic Miller, of Topeka, said he sends a letter to voters the weekend before an election, reminding them to get their ballots in and offering to pick them up for delivery.

Rayvun Keller said she may not have voted last fall if Miller hadn’t helped her get an absentee ballot and then returned it for her. She gave birth last summer and was unfamiliar with mail-in voting when he showed up at her door in Topeka in the fall.

"I'm a single mom of two. During the pandemic, it's very hard and scary to find anybody to watch your kids so that you can wait in line to go vote," she said. "He just made everything very simple and easy for someone like me."

Andy Tsubasa Field is a corps member for the Associated Press/Report for America Statehouse News Initiative. Report for America is a non-profit national service program that places journalists in local newsrooms to report on undercovered issues.