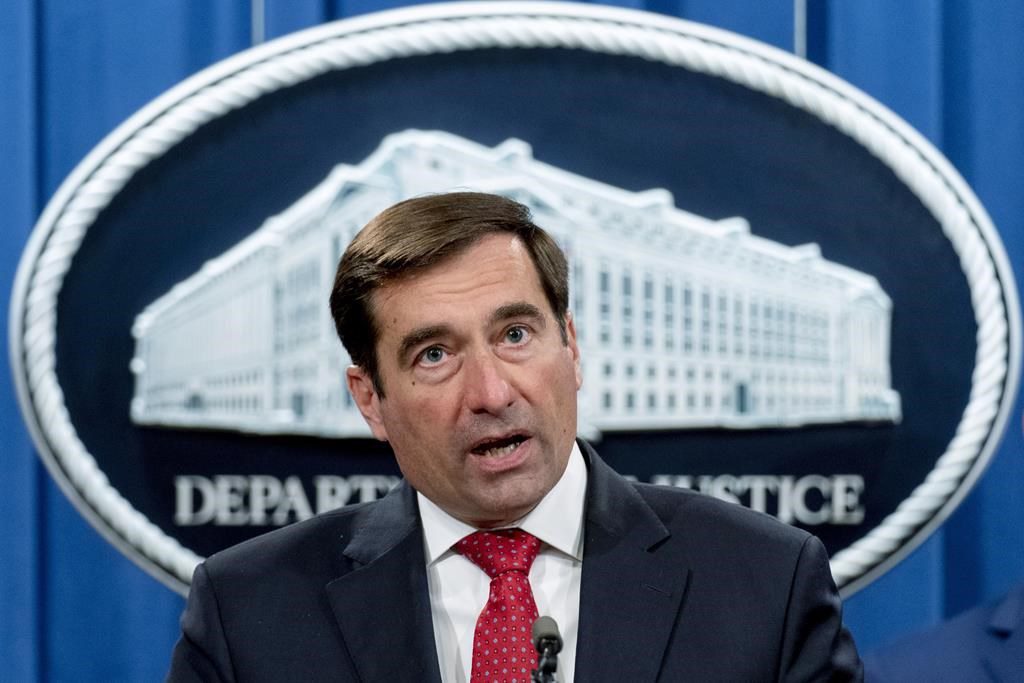 WASHINGTON (AP) — The Justice Department’s top national security official is resigning from his position after revelations that the department secretly seized record s from Democrats and members of the media.

John Demers will leave his position by the end of next week, a Justice Department official told The Associated Press on Monday. The official could not discuss the matter publicly and spoke to AP on condition of anonymity.

It comes as amid questions about what Demers knew about the Justice Department’s efforts to secretly seize the phone data from House Democrats and reporters as part of the aggressive investigations into leaks.

News emerged last week that the Justice Department had secretly subpoenaed Apple for metadata from House Intelligence Committee Chairman Adam Schiff and another Democratic member of the panel, California Rep. Eric Swalwell, in 2018, as their committee was investigating the former president’s ties to Russia. Schiff at the time was the top Democrat on the panel, which was led by Republicans.

The announcement of his resignation comes a day after Senate Majority Leader Chuck Schumer said Demers should appear before Congress voluntarily or face a subpoena to answer questions about the subpoenas, in addition to former attorneys general Bill Barr and Jeff Sessions.

Demers will be replaced by Mark Lesko, the acting U.S. attorney in the Eastern District of New York, the official said.

Demers has been in charge of the department’s national security division since February 2018, being sworn in a few weeks after the subpoena was issued to Apple for the Democrats’ records, and his division has played a role in each of the leak investigations.