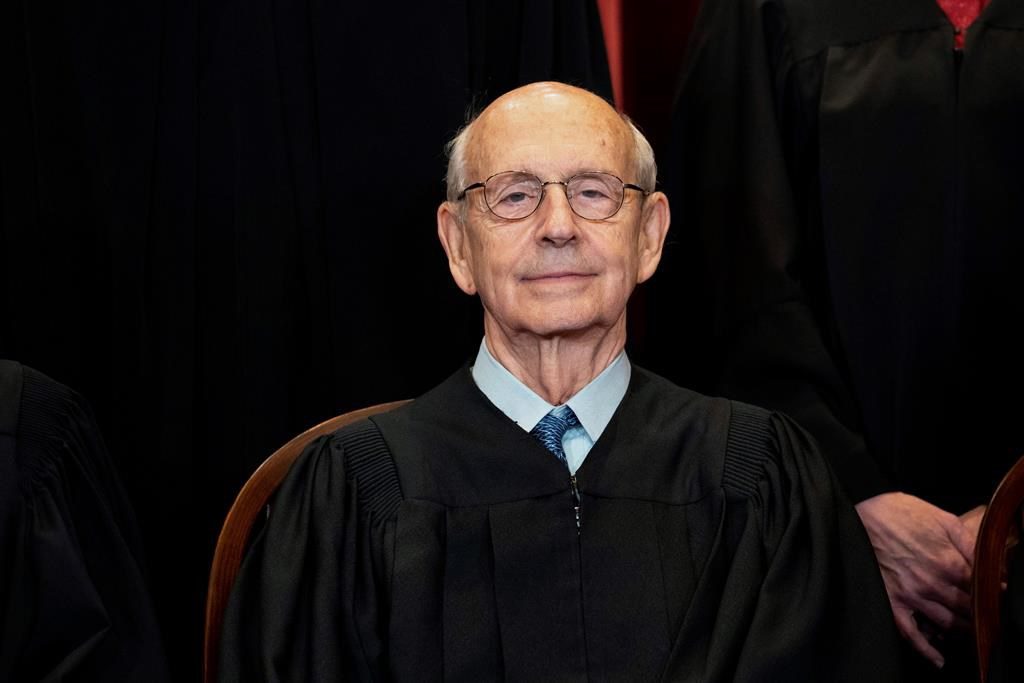 WASHINGTON â€” Ketanji Brown Jackson is heading to Capitol Hill for an audition of sorts. Lawmakers will be grilling her about her nomination to become a federal appeals court judge. But if the hearing goes well, the 50-year-old could someday get a callback for an even bigger role: Supreme Court justice.

Jackson is one of five judicial nominees who will appear before a Senate panel Wednesday, the opening act in President Joe Biden’s effort to put his mark on the bench after four years in which President Donald Trump chose white men as judges at the highest rate in decades. None of the five people the committee will consider Wednesday for a judgeship is a white man.

Because Biden has promised to name a Black woman to the Supreme Court if a vacancy arises and because Jackson was a candidate for the court during President Barack Obama’s administration, she is widely seen as a potential high court pick down the line. She is now a judge in the District of Columbia, and Biden wants her promoted to a seat on the city's federal appeals court that was left vacant by Merrick Garland when he became U.S. attorney general.

Democrats, narrowly controlling the Senate for the first time in eight years, are eager to turn the page from the Trump era. Sen. Richard Blumenthal, D-Conn., a member of the Judiciary Committee, said Democrats will prioritize diversity "not only in race and ethnic backgrounds, but also in careers.”

Blumenthal said Biden is off to a good start on that front. "They are all highly qualified, and as important as their academic and professional credentials is, they look like America," he said.

Jackson, for her part, went before the committee in 2012 for her current job. Introducing her was Republican Rep. Paul Ryan, who later became House speaker and is related to her by marriage. "Now, our politics may differ, but my praise for Ketanji's intellect, for her character, for her integrity, it is unequivocal," Ryan said at the time.

As for whether there might be a Supreme Court opening in the near future, Justice Stephen Breyer, 82, the court's oldest member, has been mum about any retirement plans. The last he had to say on the topic, in an interview published in December, was: "I mean, eventually I'll retire, sure I will. And it's hard to know exactly when."

Still, liberal groups have urged the court’s most senior liberal justice to step down while Democrats have Vice-President Kamala Harris to break the tie in a Senate split 50-50. And it’s getting to be the time of year when justices often announce their retirements.

If Breyer were to retire this year or next and Biden were to select Jackson to replace him, it would be a quick potential promotion, but also not out of step with other members of the court. President George H.W. Bush nominated Clarence Thomas to the Supreme Court in 1991, just a year after putting him on the D.C. Circuit. Last fall, President Donald Trump nominated Amy Coney Barrett to fill the Supreme Court seat left vacant by the death of Justice Ruth Bader Ginsburg. It was just three years after he put the Notre Dame law professor on an appeals court.

Jackson, of course, wouldn’t be the only potential pick if Breyer announces his retirement. Also being considered for an appeals court slot Wednesday is Candace Jackson-Akiwumi, a 41-year-old lawyer from Washington. Other potential front-runners include Leondra Kruger, a justice who sits on the California Supreme Court, and U.S. District Judge Michelle Childs, a favourite of Rep. James Clyburn’s. The Democrat from South Carolina made a crucial endorsement of Biden just before the state's presidential primary last year.

On Wednesday, lawmakers will also question three Biden nominees for federal trial judgeships. They are Julien Xavier Neals, who is Black; U.S. Magistrate Judge Zahid N. Quraishi, who is Muslim and of Pakistani ancestry; and Regina M. Rodriguez, who is Hispanic.

Judicial nominations under Trump were a top priority after Republicans slowed the confirmation process to a crawl during Obama’s final two years in office. Trump ended up making three Supreme Court appointments to go along with 54 appellate court picks and 174 trial judges, aided by then-Senate Majority Leader Mitch McConnell's determination to, as he put it, "leave no vacancy behind."

Democrats opposed many of Trump's nominees, complaining they were unqualified and chosen based on their conservative credentials.

"It's a welcome change to see nominees who have been selected for their credentials and their abilities,” said the Judiciary Committee’s new Democratic chair, Sen. Dick Durbin of Illinois.

Republicans have a different take on the new landscape.

"I expect that we will see a lot of terrible judges,” said Sen. Ted Cruz, R-Texas.

The hearing also comes amid discussions by liberals of overhauling the Supreme Court. Biden earlier this month created a commission charged with examining the politically incendiary issues of expanding the court and instituting term limits for justices, among other topics.