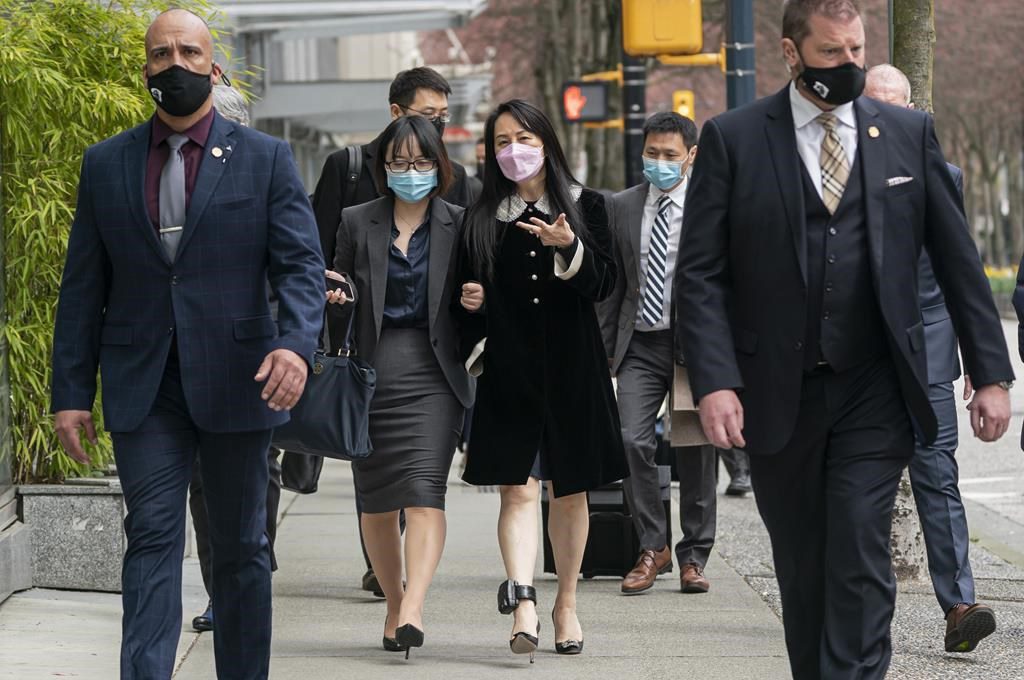 VANCOUVER â€” A judge is scheduled to release her decision today on a request to delay the final leg of hearings in Huawei executive Meng Wanzhou’s extradition case.

The hearings were set to begin next week but lawyers for Meng say they need more time to review documents related to the case obtained through a Hong Kong court.

They asked Associate Chief Justice Heather Holmes on Monday to adjourn proceedings until Aug. 3, which they argued would also allow time for the third wave of COVID-19 to subside.

But lawyers for Canada’s attorney general said there’s no justification to delay proceedings in the high-profile case, especially given the public interest.

They say Meng’s legal team hasn’t provided any evidence that the documents will contain relevant material and they accused her lawyers of trying to build arguments more appropriate for her criminal trial in the United States.

Meng was arrested at Vancouver’s airport in 2018 at the request of the United States to face fraud charges related to America’s sanctions against Iran, which both she and Huawei deny.