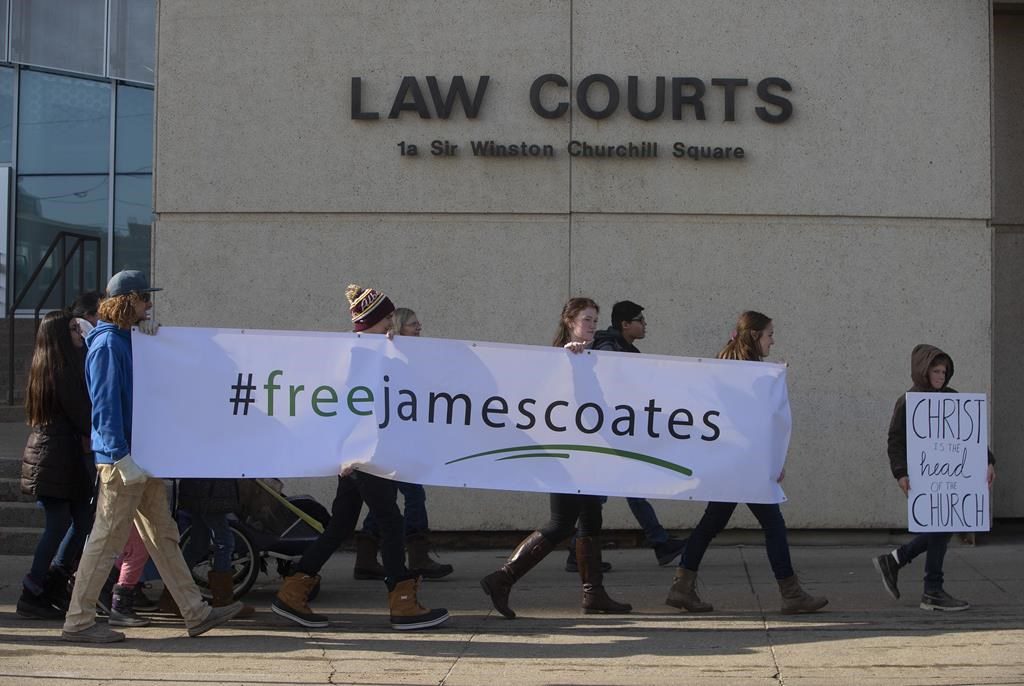 EDMONTON — A judge has ruled that the religious freedoms of an Alberta pastor who is on trial for violating COVID-19 regulations were not violated.

Pastor James Coates made a charter application in relation to a ticket he received on Dec. 20 under the Public Health Act.

“The question today is whether the purpose, manner, or effect of enforcement of that law on December 2020 violated James Coates’s religious freedoms. The answer is no,” said Shaigec.

He ordered that the trial reconvene at the end of June to decide on the constitutionality of Alberta public health orders that have limited attendance at places of worship.

Coates, who is a pastor at GraceLife Church in Spruce Grove, Alta., spent a month in the Edmonton Remand Centre after he violated a bail condition not to hold church services that officials said were ignoring measures on capacity limits, physical distancing and masking.

He was released March 22 after pleading guilty and was fined $1,500.

Coates challenged the one charge he still faces under the Public Health Act during his cross-examination in May.

He argued provincial regulations meant to curb the spread of COVID-19 infringed on his and his congregants’ constitutional right to freedom of religion and peaceful assembly. During his testimony, Coates called masking hilarious and said restrictions were part of “an agenda to transform the nation.”

Shaigec said in his decision that the government was not targeting the church or its pastor, but responding to many complaints from the public.

He also said the decision to ticket Coates was made after numerous attempts by health authorities to get GraceLife Church to comply with public health orders.

The judge dismissed an assertion made by Coate’s lawyers that the pastor was ticketed on the day he gave a sermon that was critical of the Alberta government in an attempt to censor him and to “impose a chilling effect.”

“These claims are unsupported by and wholly inconsistent with the facts of this case,” Shaigec concluded.

“Canada is diverse and polycentric. Competing rights and interests must be respected, accommodated, and balanced … Individual rights and freedoms are not absolute.”