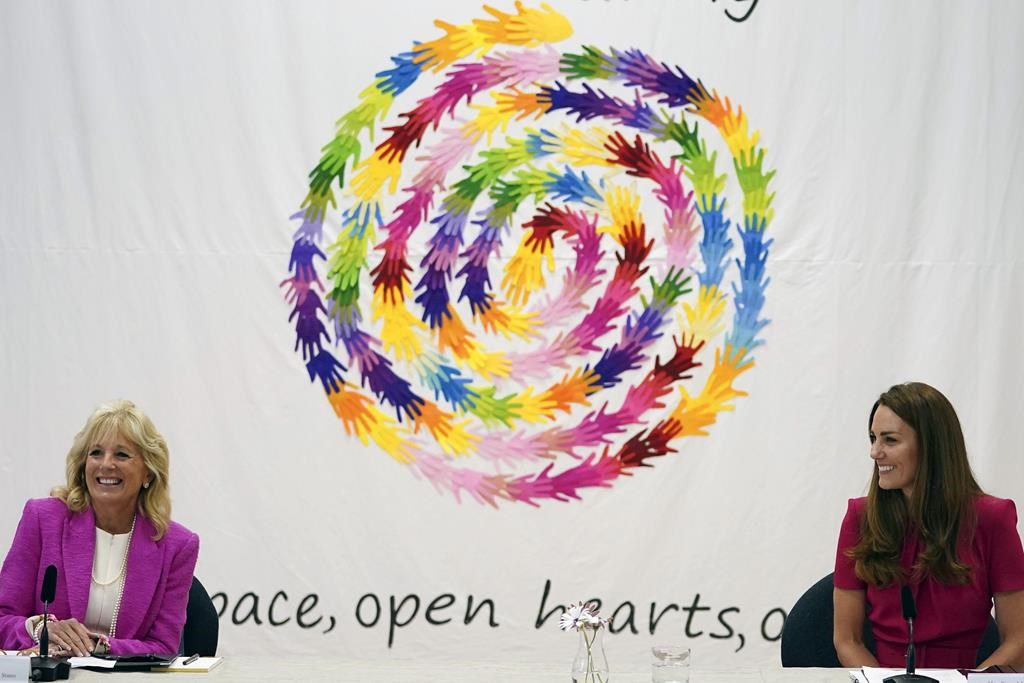 HAYLE, England (AP) — U.S. first lady Jill Biden and Kate, the Duchess of Cambridge, learned about bunny care Friday as they toured a preschool during a joint outing in southwest England.

They also took part in a talk about early childhood education with experts from the U.K. and some from the United States who joined the discussion via Zoom.

“It’s a huge honor to have you in the United Kingdom,” the duchess said just before the discussion. She thanked Biden — a longtime English teacher — for her interest in early education, also a topic of interest for the duchess, who has three young children with husband Prince William.

Biden, 70, and the former Kate Middleton, 39, visited with 4- and 5-year-olds who attend Connor Downs Academy in Hayle. The school works with children who have experienced trauma. It also has outdoor classrooms where children plant vegetables and flowers and tend to rabbits.

Biden carried a bowl of carrots when the women went outside to see Storm, one of several bunnies housed in pens, and handed the bowl to a group of kids so they could feed him.

Before the indoor roundtable, Biden said she was glad to visit the school.

“I met some wonderful teachers and principals and most of all the children, who were so inspiring and well behaved,” the first lady said. “I couldn’t get over it.”

She is traveling with her husband, President Joe Biden, who is attending a Group of Seven summit of leaders from the world’s largest economies that opened Friday in Carbis Bay.

She thanked the news media for covering the appearance “because early childhood education is so important to lay the foundation for all of our students.”

Both women took notes during the discussion, which centered on child mental health and the importance of early education in childhood development.

As they departed, reporters asked Biden if she had sought advice from the duchess on meeting Queen Elizabeth II, which the Bidens are set to do at a summit reception later Friday, followed by tea with the monarch on Sunday at Windsor Castle.

“No, I didn’t,” the first lady replied. “We’ve been busy. Were you not in that room. We were talking education.”

Jill Biden is scheduled to head back to Washington after meeting the queen, while the president continues on to Brussels for a NATO summit and to Switzerland for a highly anticipated one-on-one summit with Russian President Vladimir Putin.