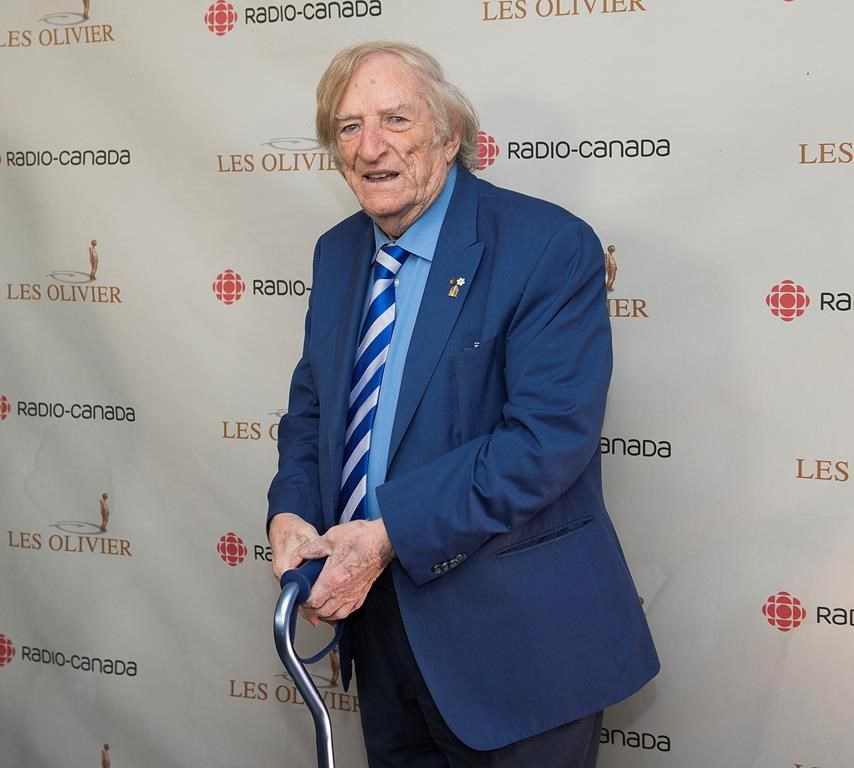 MONTREAL — Jean Lapointe, the beloved Quebec singer, actor and comedian who was later appointed to the Senate, has died at age 86.

The foundation he created announced Friday his death from health complications at a Montreal palliative care home, surrounded by loved ones.

Born in Price, a village in the Lower St-Lawrence region, Lapointe began his career as a teenager at a Quebec City radio station.

In 1955, he founded the Jérolas with Jérôme Lemay. The popular duo mixed music, humour and imitations, leading them to performances on “The Ed Sullivan Show” in 1963 and at the famed Olympia in Paris. The Jérolas disbanded in 1974 as Lapointe and Lemay embarked on solo careers.

Lapointe enjoyed success on his own in music as well as comedy throughout the 1970s and 1980s, stringing together such hits as “Chante-la ta chanson,” “Tu jongles avec ma vie” and “Si on chantait ensemble.” In 1981, he won the Félix, a Quebec music award, for concert of the year.

He was also a gifted actor and had a film career alongside his other exploits, beginning with “Yul 871” alongside Lemay in 1966. His role in the 2004 film “Le dernier tunnel” by Érik Canuel led to a Genie Award and a Jutra prize the same year.

In 2000, Quebec’s Les Olivier humour awards gala awarded him a tribute prize. Another tribute was paid to him at the Just for Laughs gala in 2005, marking his 50th anniversary in the business.

Lapointe was named to the Senate in 2001 by former prime minister Jean Chrétien, sitting as a Liberal until his retirement at age 75 in 2010. Lapointe received numerous accolades over his lifetime including being named to the Order of Canada in 1984 and being made an officer of the National Order of Quebec in 2006.

Lapointe struggled with alcoholism in the 1960s but managed to break free, and in 1982, he created a halfway house for people dealing with alcoholism and drug addiction, La Maison Jean Lapointe. Last month, the foundation and treatment centre celebrated its 40th anniversary.

“Our father always said that his greatest pride has always been Maison Jean Lapointe,” daughter Anne Elizabeth Lapointe, general manager of the treatment centre, said in a statement. “His departure saddens us, but we know that he will remain the soul of our establishment.”

Lapointe is survived by his wife, Mercédès, and his seven children, two grandsons and two sisters.

“Losing our father is a terrible ordeal, but knowing that his artistic and humanist heritage will live on in the hearts of Quebecers is comforting for us,” his son Jean-Marie Lapointe said in the statement.