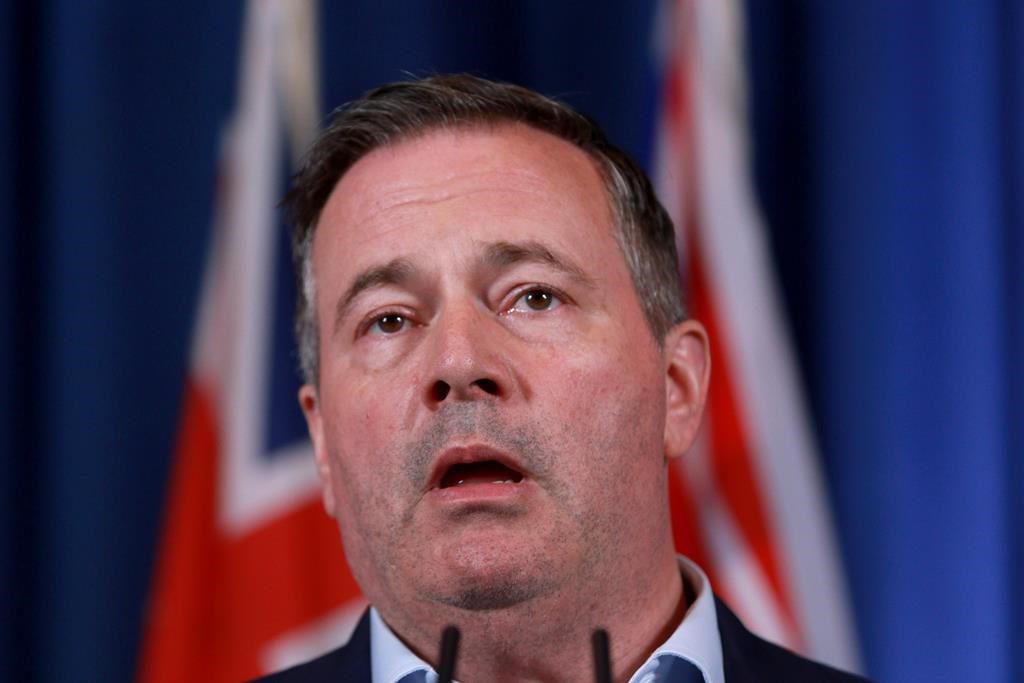 CALGARY — Alberta Premier Jason Kenney drew laughs and applause in one of his final speeches before he leaves the job in two weeks.

Kenney, speaking to municipal leaders in Calgary, interrupted one burst of applause by saying the warmth clearly shows he’s not at one of his own United Conservative caucus meetings.

Kenney also got a phone call at the podium, and let it go to voicemail, saying “Sorry, Justin, I’ll call back later.”

He joked that he had tried and failed to land a part in one of the many film and TV productions now shooting in Alberta, calling it proof that politics is ”show biz for ugly people.”

Kenney announced in May he was quitting as United Conservative leader and premier after receiving a lukewarm 51 per cent support from party members in a leadership review.

Before that, he had faced open challenges from his party and caucus to his leadership and to his handling of the COVID-19 pandemic.

A vote to replace Kenney is to take place Oct. 6.