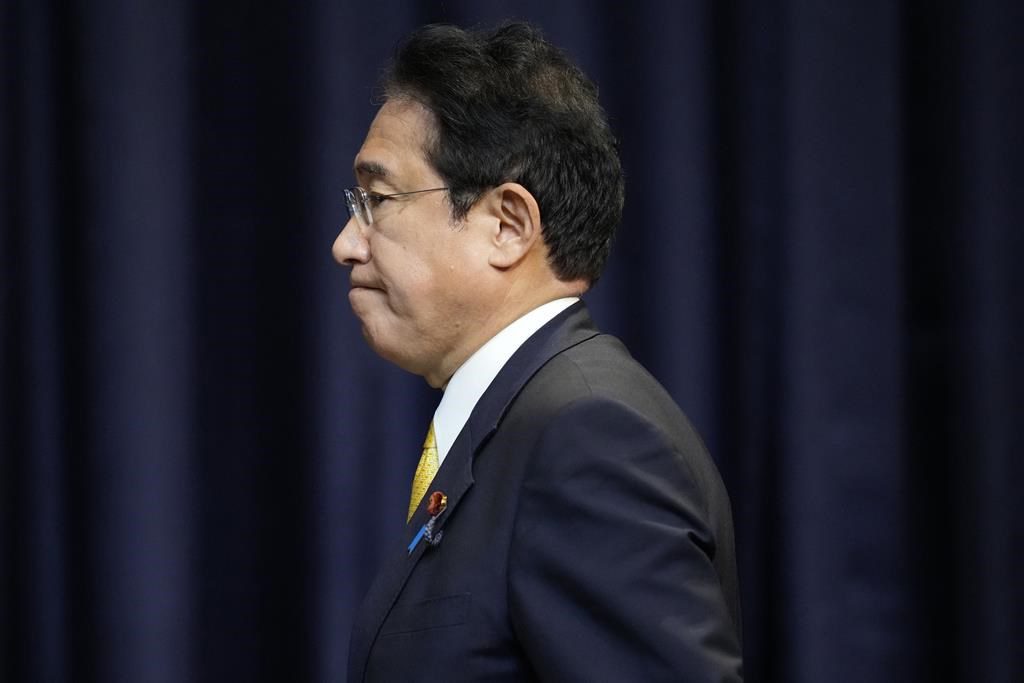 Internal Affairs Minister Minoru Terada has been under fire over several accounting and funding irregularities. In one, he acknowledged that one of his support groups submitted accounting records carrying a dead person’s signature.

NHK reported that Kishida summoned Terada to his office late Sunday and had him submit his resignation. Kishida, when asked last week about a possible dismissal, did not defend Terada and only said he was going to make his own decision.

Terada said he did not break any law, promised to fix the accounting issues and showed determination to stay on. Opposition lawmakers said funding problems for the internal affairs minister, whose job is to oversee political funds, are serious and demanded his resignation.

His dismissal is a further blow to Kishida’s Cabinet already shaken by the governing Liberal Democratic Party’s close ties to the Unification Church, which has been accused of problematic recruiting and brainwashing followers into making huge donations, often breaking up their families.

Economic Revitalisation Minister Daishiro Yamagiwa quit on Oct. 24 after facing criticism over his lack of explanations about his ties to the Unification Church, starting what became known as “a resignation domino” of the Kishida Cabinet.

Terada’s departure comes only 10 days after Justice Minister Yasuhiro Hanashi was forced to resign over his remark that his job is low profile and only makes news when he signs the death penalty.

Kishida, whose delayed decision in firing the justice minister, had to push back his Nov. 11 departure for three Asian summits, sparking criticism from opposition lawmakers and political watchers for being indecisive and lacking leadership.

Kishida returned to Tokyo on Saturday after a nine-day trip and apparently faced pressure from his governing party executives to make a quick decision on Terada before discussions on key legislations resume Monday.

Kishida’s governing party needs to pass the second supplementary budget through March during the current parliamentary session, while also finalizing work on a new national security strategy and mid- to long-term defense guidelines by the end of the year.