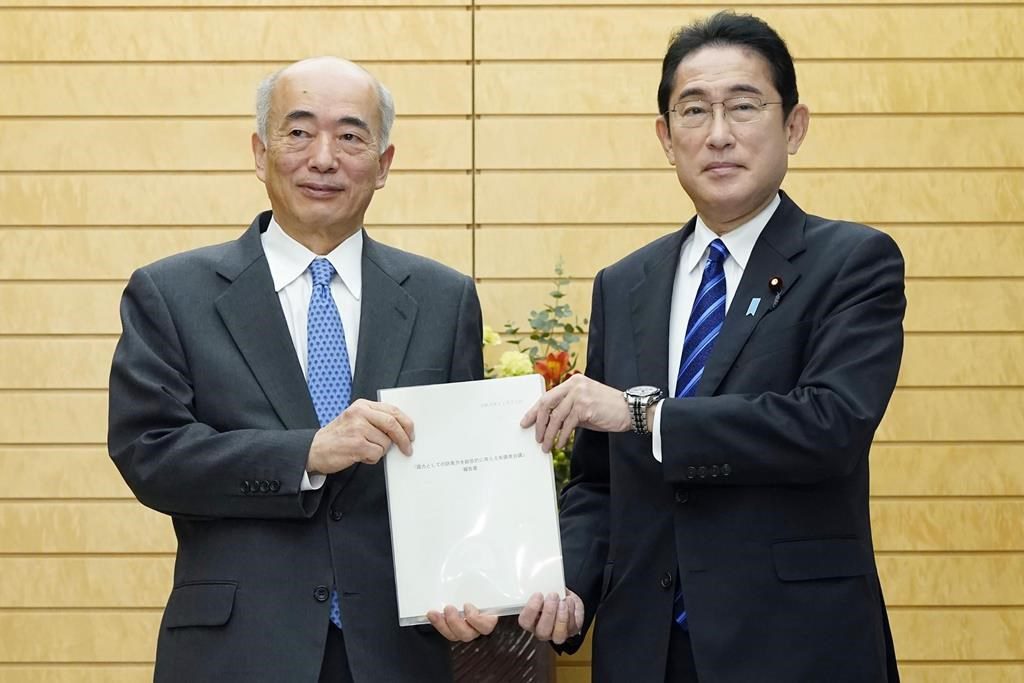 TOKYO (AP) — A Japanese government-commissioned panel said in a report to Prime Minister Fumio Kishida that drastic defense buildup including the use of preemptive strike is “indispensable” to counter growing threats in the region.

It called for the public’s understanding to bear the financial burden for the defense of the country.

Kishida’s governing party wants to double Japan’s current defense budget to about 10 trillion ($70 billion) in the next five years.

The recommendations in the report, compiled by 10 independent experts and submitted to Kishida on Tuesday, said Japan needs to strengthen its economy to pay for military spending, while reinforcing the arms industry and research and development of dual-use cutting edge technology. Japan should improve commercial infrastructure for military use in an emergency and beef up cybersecurity, it said.

Kishida earlier this year pledged to drastically reinforce Japan’s military capability and spending in the face of China’s increasingly assertive activities as well as threats from North Korea and Russia. The report will be taken into consideration in the upcoming revision to the national security strategy and key defense guidelines, which will be released later this year ahead of the 2023 budget.

“Possession and reinforcement of counterstrike capability is indispensable for Japan to maintain and advance deterrence,” the report said, citing a major change of power balance in the Indo-Pacific, rapid strengthening of nuclear and missile capabilities in neighboring countries and deployment of ultra-hypersonic missiles and those launched on “irregular trajectory.”

The panel says Japan needs drastic military buildup over the next five years.

It also called for deployment of a sufficient number of missiles, including so-called standoff or long-range missiles for striking enemy targets from outside of their firing range. Development of its own standoff missiles would take time and the report suggested more purchases of foreign missiles in the short term.

Japan’s governing party has renamed what is known as preemptive strike to “counterstrike capability,” apparently to emphasize that it’s for self-defense. The government says its use is constitutional if in response to signs of an imminent enemy attack.

But the capability that would allow Japan to strike and disable enemy missiles before they’re launched is controversial. Opponents say the definition of the enemy’s intention to attack is unclear and preemptive strikes could be seen as first strikes.

Even the junior coalition partner Komeito, a Buddhist-backed party known for its pacifist stance, has expressed caution over the concept.

Natsuo Yamaguchi, who heads Komeito, also said that Japan’s shouldering of more deterence capability under the Japan-U.S. security alliance means “a fundamental change to the concept of deterence, so we have to carefully think about the limitations.”