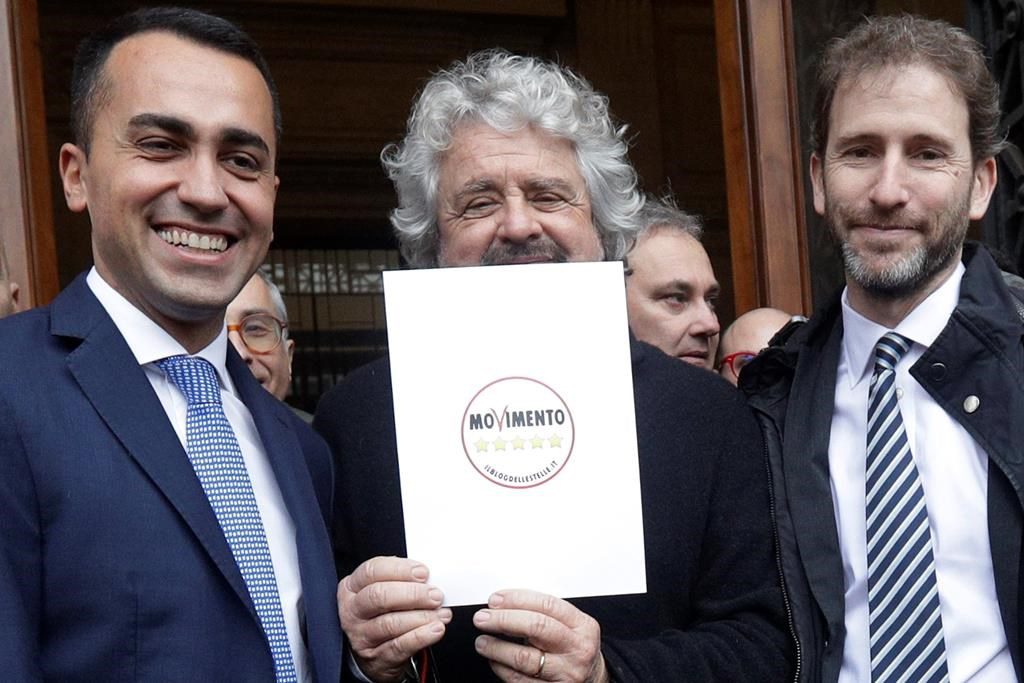 ROME â€” Italy's 5-Star Movement suffered a second blow in a week Friday after it split with its co-founding partner that runs its "direct democracy" online platform allowing registered members to vote on key policy decisions.

The 5-Stars vowed that its core ethos of having members make internal party decisions would continue even without the Rousseau platform. The Rousseau Association running the platform has complained for months that the party owed it a reported 450 million euros in back fees.

The dispute comes at a moment of crisis for the 5-Stars, which was born as a protest, anti-establishment movement and swept to national power in the 2018 parliamentary elections that brought Giuseppe Conte to the premier's office.

Conte headed two governments, the first aligned with the right, the second with the left. But he was ousted in a power play in February and replaced by Mario Draghi, who is heading a government of national unity to steer Italy through the coronavirus pandemic.

Conte has been designated as the next 5-Star chief in hopes of revitalizing a party that has been riven by divisions, expulsions and defections and, independent of the Rousseau debacle, now badly trails the centre-right and the centre-left in the polls.

Rousseau is headed by Davide Casaleggio, whose father co-founded the 5-Star Movement along with comic Beppe Grillo. Rousseau has been fined several times over the years by Italy's privacy watchdog for violating privacy rules and being vulnerable to hackers.

In a statement Friday, the 5-Stars accused the Rousseau Association of taking on more political activism rather than remaining a neutral instrument at the service of the 5-Stars. Rousseau, for its part, insisted that it still represented the Movement's mission but simply had run out of money to pay its staff. It said the platform would remain active, but drastically reduced.

The divorce came just days after Conte made an unusual intervention, taking Grillo to task for having posted a Facebook video in which Grillo strongly defended his son, who is under investigation with three other young men for an alleged sexual assault against a 19-year-old.

Grillo, who remains something of the beloved chairman and guarantor of the 5-Stars, insisted the encounter was consensual.

Grillo's video was blasted across the political spectrum and even from within the 5-Stars.

Corriere della Sera analyst Masssimo Franco wrote this week that Grillo's video was the final straw, "maybe the most painful and devastating" for the movement.

"After the fights over Rousseau, the defections, the lack of direction and the stalled leadership of former Premier Giuseppe Conte, the Beppe Grillo case is the poisoned cherry on top of a cake that has already gone bad," Franco wrote.

The 5-Stars said they were taking all necessary measures to come up with alternative digital tools to continue the "direct democracy" experiment.

The Rousseau Association said its decision to part ways was "painful but inevitable." In a blog post on the 5-Star website, the group said it had tried for 15 months to negotiate a new partnership with the 5-Stars. But it said given the debts owed, its employees would now be let go.

"Being together has to be a reciprocal choice and requires respect and the assumption of responsibility by both parties," Rousseau said in the statement. "And this unfortunately didn't happen."