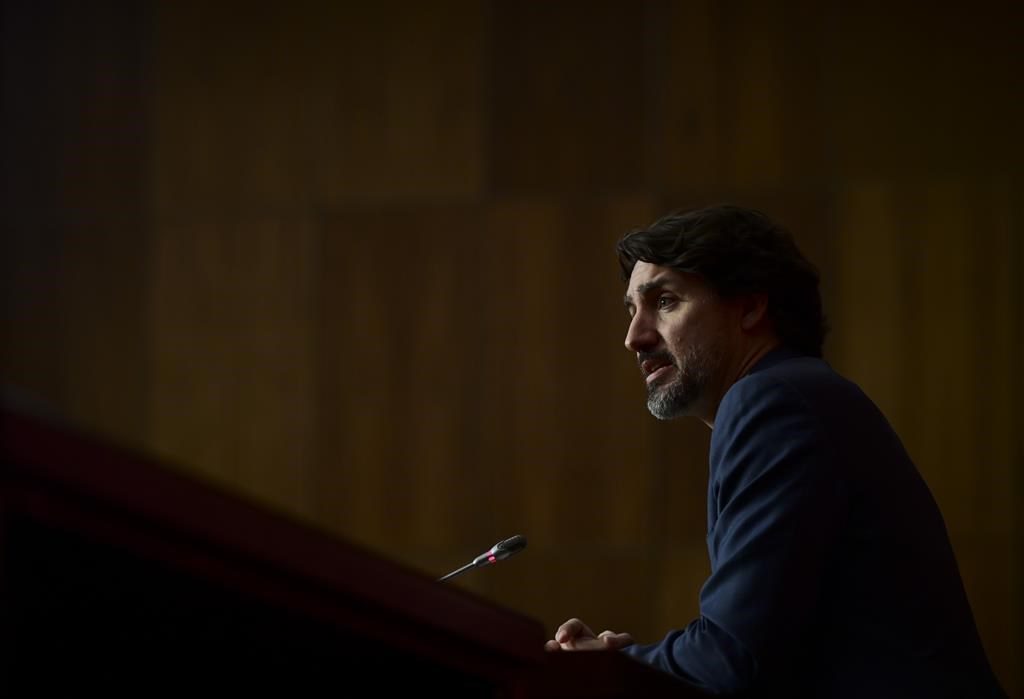 OTTAWA â€” Prime Minister Justin Trudeau will issue a formal apology next month for the treatment of Italian-Canadians during the Second World War.

The government said in a news release that 600 Italian-Canadian men were interned in camps in Canada after Italy allied with Germany and joined the war in 1940.

Some 31,000 other Italian-Canadians were declared enemy aliens.

Trudeau told the House of Commons Wednesday that his government “will right these wrongs” by issuing a formal apology in May.

In 1988, Canada formally apologized and offered $300 million in compensation to Japanese-Canadians, 22,000 of whom were interned in camps during the Second World War.

Trudeau did not say whether there will be compensation for Italian-Canadians.

He announced plans for the apology in response to a question Wednesday from Liberal MP Angelo Iacono.

“During the Second World War, hundreds of Italian-Canadians were interned for the simple reason that they were of Italian heritage,” Iacono told the Commons.

“Parents were taken away from their homes, leaving children without their fathers in many cases and families without a paycheque to put food on their tables. Lives and careers, businesses and reputations were interrupted and ruined, and yet no one was held responsible.

“Italian Canadians have lived with these memories for many years and they deserve closure.”

Trudeau replied that Canadians of Italian heritage “deal with ongoing discrimination related to mistakes made by our governments of the past that continue to affect them to this day.”

“I’m proud to stand up and say that our government will right these wrongs with a formal apology in the month of May.”

The government’s news release said that in 1939, the Defence of Canada Regulations gave the justice minister the right to intern, seize property and limit activities of Canadian residents born in countries that were at war with Canada.

The regulations clearly targeted Canadians’ fear of “the foreign element,” and not a single person was ever charged with any crime, the release said.

In 2018, the RCMP issued a statement of regret for their involvement in the internment.

The government’s formal apology will pay tribute to and honour the families of each of the 600 interned as an act of respect and an acknowledgment that an injustice happened, the release said.

Canada is home to over 1.6 million Canadians of Italian origin, one of the largest Italian diasporas in the world, and they have made immeasurable contributions to the social, cultural and economic fabric of the country, the release added.

“They may have been Italian by heritage, but they were Canadians first. We as Italian Members of Parliament thank those members before us who brought attention to this injustice and helped bring this apology to fruition for these families in our Italian-Canadian communities.”