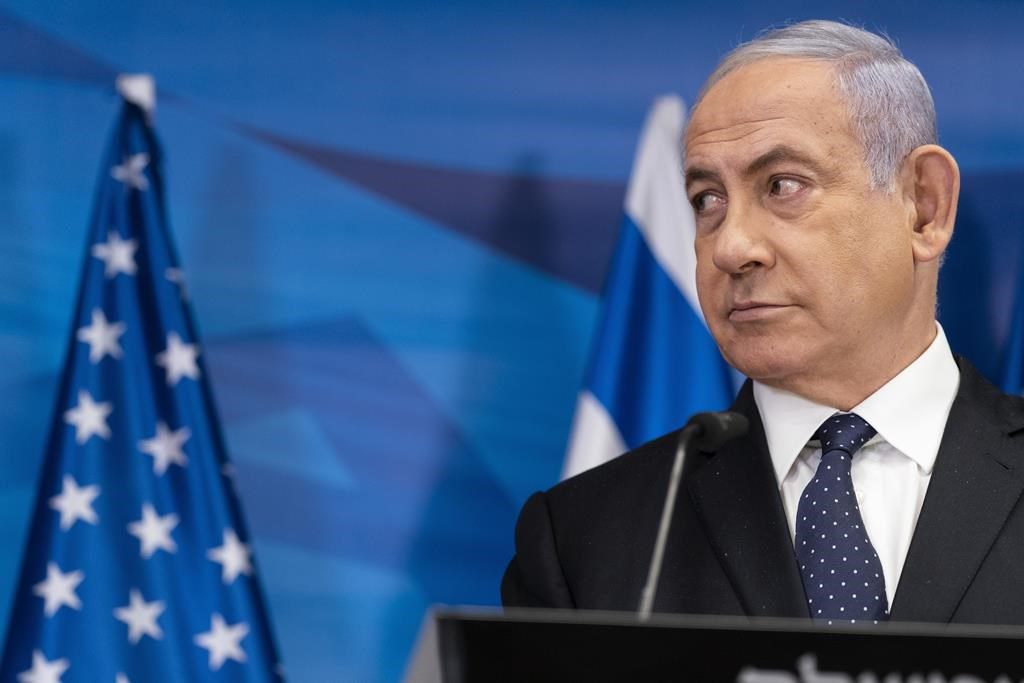 JERUSALEM (AP) — Israeli Prime Minister Benjamin Netanyahu’s opponents on Sunday appeared to be moving closer toward a coalition deal that could end the 12-year rule of the longtime Israeli leader.

Naftali Bennett, leader of the small Yamina party and a kingmaker following March 23 elections, scheduled an 8 p.m. news conference where he was expected to announce his decision to join a diverse collection of opponents seeking to topple Netanyahu.

Israeli media said that party members earlier Sunday endorsed the decision. If he follows through, Bennett, a former Netanyahu aide turned rival, would play a key role in ending the prime-minister’s record-setting term. Israeli media have said that Bennett and the opposition leader, Yair Lapid, will agree on a power-sharing deal in which they rotate the job of prime minister over the next four years.

“The party unanimously supports Bennett and his efforts to establish a government and to prevent a fifth election,” the party said in a statement without elaborating.

Israel has gone through four consecutive elections over the past two years. Each election was seen as a referendum on Netanyahu — who has become a polarizing figure in Israeli politics due to his ongoing corruption trial — with each ending in deadlock.

Netanyahu is desperate to stay in power while he is on trial. He has used his office as a stage to rally support and lash out against police, prosecutors and the media.

If his opponents fail to form a government and new elections are triggered, it would give him another chance at seeing the election of a parliament that is in favor of granting him immunity from prosecution. But if they succeed, he would find himself in the much weaker position of opposition leader and potentially find himself facing unrest in his Likud party.

In a statement Sunday, Netanyahu issued a desperate appeal for Bennett to avoid the temptation of joining his opponents.

He accused Bennett of deceiving his voters and abandoning his nationalistic principles “all in order to be prime minister at any price.”

In order to form a government, a party leader must secure the support of a 61-seat majority in parliament. Because no single party controls a majority on its own, coalitions are usually built with smaller partners.

As leader of the largest party, Netanyahu was given the first opportunity by the country’s figurehead president to form a coalition. But he was unable to secure a majority with his traditional religious and nationalist allies.

Netanyahu even attempted to court a small Islamist Arab party but was thwarted by a small ultranationalist party with a racist anti-Arab agenda. Although Arabs make up some 20% of Israel’s population, an Arab party has never before sat in an Israeli coalition government.

After Netanyahu’s failure to form a government, Lapid was then given four weeks to cobble together a coalition. He has until Wednesday to complete the task.

Lapid already faced a difficult challenge, given the broad range of parties in the anti-Netanyahu bloc that have little in common. They include dovish left-wing parties, a pair of right-wing nationalist parties, including Bennett’s Yamina, and most likely the Islamist United Arab List.

Lapid’s task was made even more difficult after war broke out with Hamas militants in the Gaza Strip on May 10. His coalition talks were put on hold during the 11 days of fighting.

But with Wednesday’s deadline looming, negotiations have kicked into high gear. Lapid has reached coalition deals with three other parties so far. If he gets Bennett on board, the remaining partners are expected to quickly fall into place.