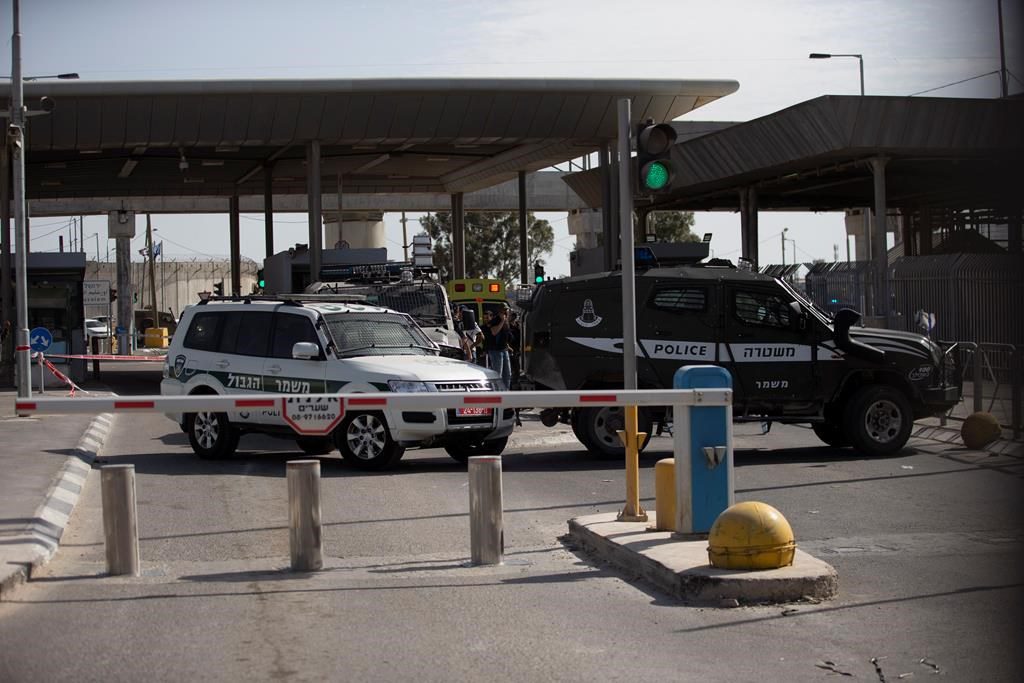 JERUSALEM (AP) — Israeli police said a Palestinian woman carrying a knife ran toward an Israeli military checkpoint on Saturday and was shot dead by a private security guard.

The shooting took place at the Qalandiya checkpoint near Jerusalem, one of the largest in the occupied West Bank. Police said the woman, identified as a 28-year-old resident of a West Bank refugee camp, had ignored calls by the guard to stop.

Amateur video posted online showed the woman lying on the ground at the crossing.

The Palestinian Prisoners Club, an advocacy group, said her name was Ibtissam Kaabneh and that she had previously served 18 months in an Israeli prison, after being arrested in 2016. Media reports said she had served time for an attempted stabbing.

Starting five years ago, Palestinians launched a series of stabbing and car-ramming attacks against Israelis in the West Bank and Israeli-annexed east Jerusalem. Rights groups have alleged that Israeli troops often use excessive force against Palestinians.

The violence takes place in the context of the unresolved Israeli-Palestinian conflict. Talks about setting up a Palestinian state alongside Israel faltered years ago, while Israeli settlement expansion on war-won land continues. The Palestinians seek a state in the West Bank, Gaza and east Jerusalem, territory Israel captured in the 1967 Mideast war.