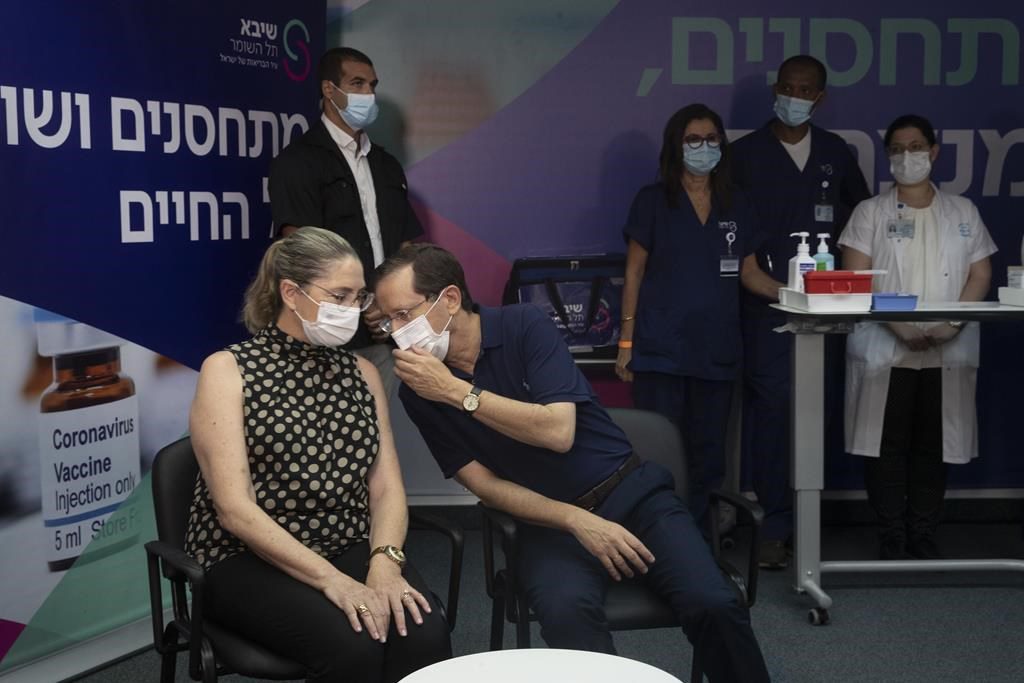 JERUSALEM (AP) — Israeli health authorities began administering coronavirus booster shots Friday to people over 60 who’ve already received both does of a vaccine, in a bid to combat a recent spike in cases.

The decision was announced Thursday by the Israeli prime minister, Naftali Bennet, making Israel the first country to offer a third dose of a Western vaccine to its citizens on a wide scale.

″Israel is a pioneer in going ahead with the third dose for older people of the age of 60 and above,″ Bennet said during Friday’s launch.

The decision comes following rising infections caused by the delta variant, and indications that the vaccine’s efficacy drops over time.

Bennett said that a team of expert advisers had overwhelmingly agreed that the booster campaign was necessary. He said that this decision was made after “considerable research and analysis” and that its information would be shared around the world.

More than 57% of the country’s 9.3 million citizens have received both doses of the Pfizer/BioNTech vaccine, and over 80% of the population over 40 is vaccinated.

Neither the U.S. nor the EU has approved coronavirus booster shots, and the World Health Organization said earlier this month that there is not enough evidence to show that a third dose is needed.

Israel has carried out one of the world’s quickest and most successful vaccination campaigns. They reached a deal with the pharmaceutical company, Pfizer, to purchase enough vaccines for its population in exchange for sharing its data with the drugmaker.

The vaccination program allowed Israel to reopen its economy before other countries. The Israeli government had planned to reopen the country to vaccinated tourists in July but has pushed the date back following concerns over the rise in cases.