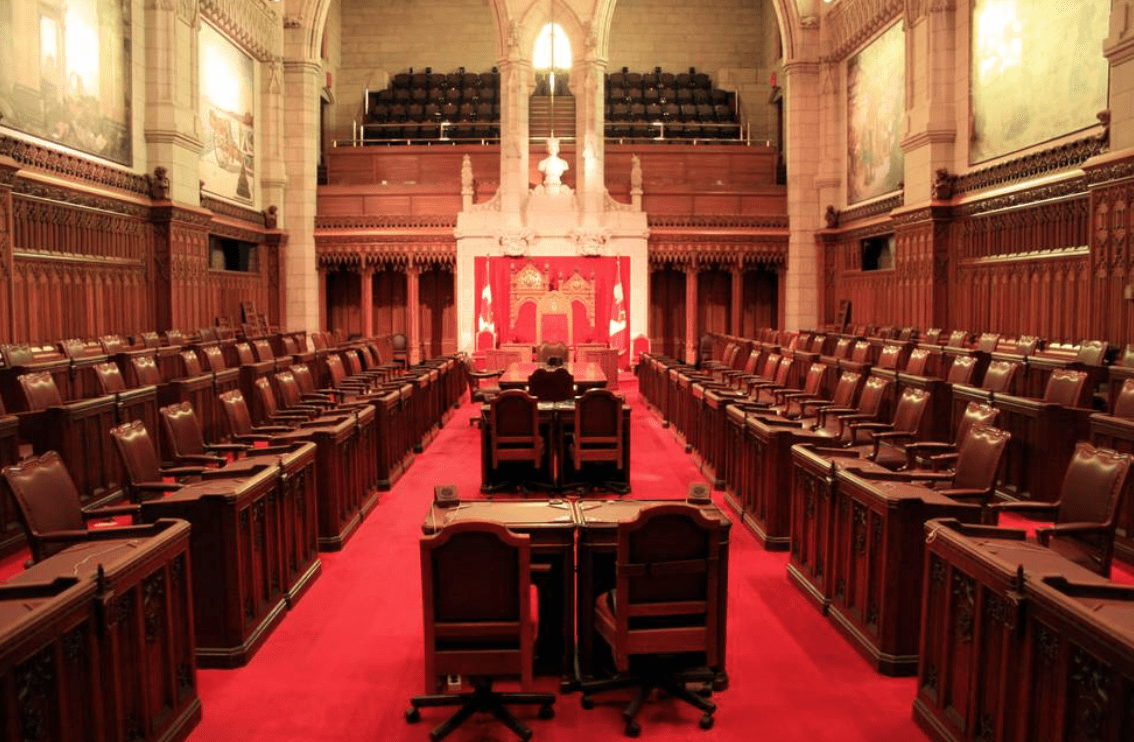 As the countdown to Parliament rising for the summer continues, with some five scheduled sitting weeks left on the House of Commons' calendar, there remain questions as to what the plan for passing legislation in the Senate is going to be.  Caucus leaders have been waiting for the Leader of the Government in the Senate err, "government representative," Senator Peter Harder, to give them some direction as to which bills the government wants to prioritize before they rise for the summer.  But Harder has not offered them any indication as to what the plan is or given any indication as to timelines that they could be negotiating.

Instead, Harder sent a letter to each of those leaders to first praise them for all of their hard work over 2017, and then indicate that they should start looking at changes to the Parliament of Canada Act as part of their ongoing quest to modernize the rules of the Senate without reopening the constitution.  Apparently, his conception of his role as championing modernization is taking a front seat to his role as shepherding the government's agenda through the Chamber.  And given how much is left on the agenda in advance of a likely fall prorogation, you would think that he would be trying to focus on legislation.

The Act has come up in conversation at the Senate Modernization Committee in recent weeks, when the Facilitator of the Independent Senators Group, Senator Yuen Pau Woo, appeared before them to lay out changes that he would like to see, which does include changes to the Act.  In particular, Woo is looking for rules changes that grant leaders of caucuses other than the government and opposition equal powers when it comes to negotiating time allocation, and the rights and privileges accorded to those leaders, be it with budget and resource allocations, or with being granted ex officio status on committees.  As well, Woo had concerns about the rules around the allocation of critic roles and membership on the Senate Ethics Committee.

Where the Act comes into play is because it is where the official recognition of only the government and the opposition lies, and that, of course, is where the newer Independent senators have their biggest beef.  They are now the largest group in the Senate, but because they're not a political caucus, they don't qualify to be the opposition under the rules, which is partially why there have been musing about the roles of government and opposition in the Senate.  If government is mere a "representative," then should the opposition be just that as well, with all other senators being independent?  That is certainly one of the models being put forward.

Harder's letter to the other leaders lifted some of Woo's concerns directly, which could mean that he's looking to co-opt arguments that suit his agenda something that he has done in the past.  Harder also indicated that the government has his back on this attempt to change the Act.  To wit, the letter states that the government recognizes that the Senate, being an independent and self-governing legislative body, has to play an active role in the review of the Act (and this is a small win because it does recognize the institutional independence of the Chamber).

"In this spirit, the Government wishes to signal that it would welcome a comprehensive study of the Act and related statutes by a committee of the Senate and hearing the Senate's recommendations," Harder concluded in the letter.  But given that both the Modernization committee and the Rules committee are already undertaking a study of the rules, this almost feels like a make-work project.

Add to that, the complaints around only recognizing a government and opposition have been around in the Senate for well over a decade, given that the House of Commons had already had the legislation amended for their own recognition of third (and fourth and fifth) parties that includes compensation.  But it should also be pointed out that another reason Harder is likely keen to move this forward is because currently, his role as Leader of the Government in the Senate is rooted in the Act, so if he wants to make official his rebranding as "government representative" (a mistake in my opinion, because it goes against what the role of Government Leader should be, which is a Cabinet minister and focal point for government accountability in the Upper Chamber), then this is the place to do it.  That alone should be a warning flag.

We also need to bear in mind that making this change would be very difficult, and Senator Paul Massicotte noted that he already had this discussion with the then-minister of democratic institutions almost two years ago about changing the Act.

"They were in favour of cooperating with us to amend the Parliament of Canada Act in conjunction with the speakership and the issue of wages, but they received a legal opinion saying that it wasn't so simple to do that.  It's not only for that chamber and our chamber to agree.  It was the thought of the legal experts that possibly it may even need provincial implication.  That was the legal opinion they got, so they backed off.  We all want the solution, but it's not handily available.  It's not an issue of cooperation between us and the House of Commons, who are in favour of making amendments.  It's not a slam dunk."

So why Harder and the government is looking to get this ball rolling, when there is a very full Order Paper before him plus the fact that the interim orders in the Senate are largely giving the ISG the kinds of recognition they need makes me wonder about some of his priorities.  Modernization and Rules committees are doing the work that needs to be done and will eventually have more definitive recommendations around any necessary changes, so pushing this now makes me wonder if this isn't a bit of attempted distraction from the actual questions about what Harder is supposed to be doing, which is managing legislation.  But keeping the focus on modernization rather than passing bills will mean a pile-up is coming, and it could mean some very cranky senators as they sit well into the summer to pass that legislation.