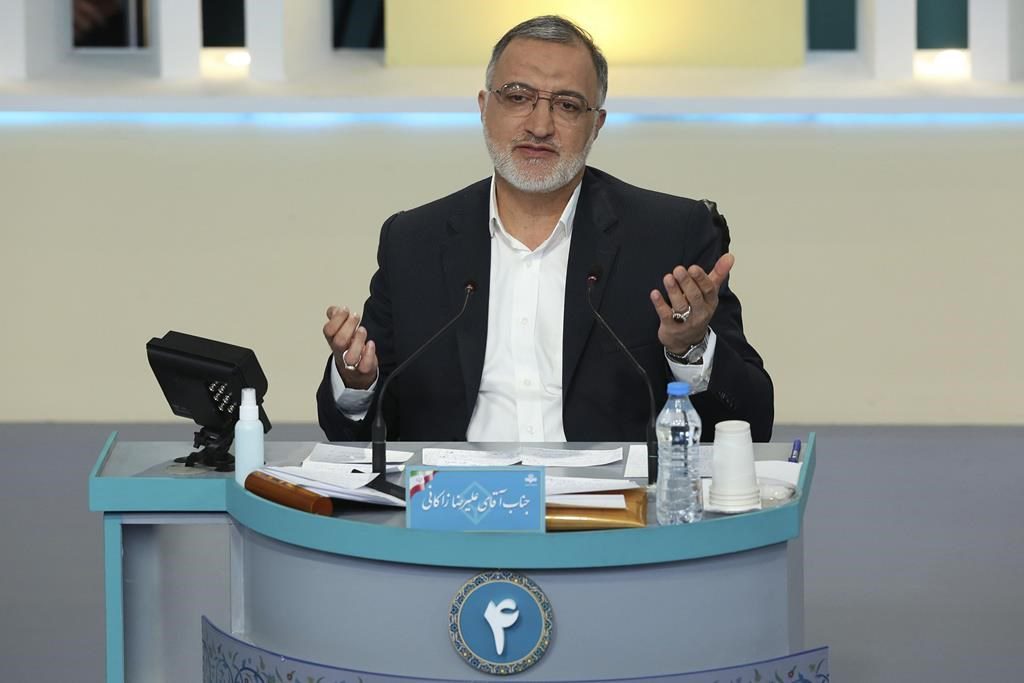 TEHRAN, Iran (AP) — Iran’s seven presidential candidates on Tuesday put all the problems of the Islamic Republic squarely on the shoulders of the one man who wasn’t there to defend himself: Outgoing President Hassan Rouhani.

After a raucous first debate, the aspirants on a televised debate focused their attention on Rouhani and mocked his administration’s “hope” campaign that surrounded its now-tattered 2015 nuclear deal with world powers.

The looming June 18 election will see voters pick a candidate to replace Rouhani, term limited from running again. The election comes amid tensions with the West as negotiations continue to try and resuscitate the nuclear deal that then-President Donald Trump unilaterally withdrew America from in 2018.

Hemmati, clearly frustrated by constantly being linked to Rouhani, even brought up Trump himself in an attempt to defend himself.

“Some of you must send a letter to Trump and tell him, ‘Mr. Trump, be happy, everything you did against the people of Iran, we blamed on Hemmati,’” he said.

The debate comes as Iranian authorities hope to boost turnout, long held by officials as a sign of confidence in the theocracy since the country’s 1979 Islamic Revolution. The state-linked Iranian Student Polling Agency has projected a 38% turnout by the country’s 59 million eligible voters, which would be a historic low amid a lack of enthusiasm by voters and the coronavirus pandemic.

Raisi, believed to be a favorite of Iran’s Supreme Leader Ayatollah Ali Khamenei, brought up the deficit of trust by the public.

But criticism remained almost always focused on Rouhani. Hard-liner Mohsen Rezaei, ignoring a question posed to him by the moderator, cuttingly said “you cannot eat hope” in a swipe at the president. He put corruption concerns squarely on Rouhani’s government as well.

“Mafia kings are like vacuum cleaners and vacuuming up all the country’s resources,” Rezaei said.

Even Mohsen Mehralizadeh, the sole reformist approved for the election, criticized Rouhani’s Health Ministry for being “negligent” in its response to the coronavirus.

For his part, Hemmati sought to distance himself from Rouhani, describing himself as being fired from the Central Bank in May after he declared his candidacy.

“I am not Rouhani’s representative,” he insisted.