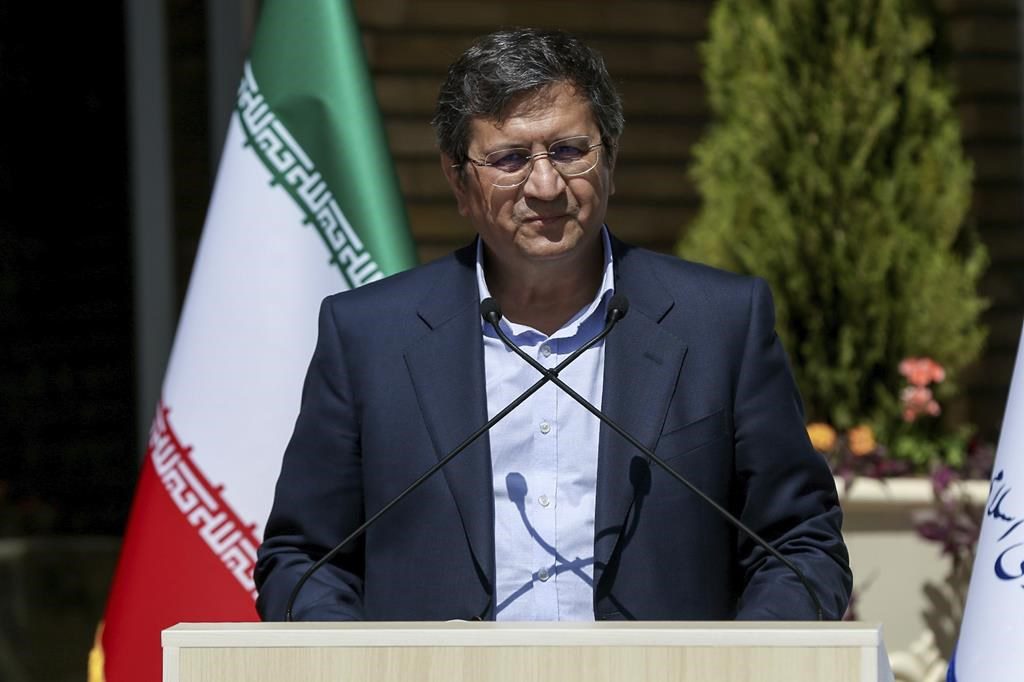 TEHRAN, Iran (AP) — An Iranian presidential candidate said Wednesday he’d be willing to meet with U.S. President Joe Biden if he wins his country’s election next week, though “America needs to send better and stronger signals” to the Islamic Republic.

Speaking to The Associated Press, former Iranian Central Bank chief Abdolnasser Hemmati stressed that an American return to Iran’s tattered nuclear deal was key to any possible relationship amid the wider tensions in the Mideast.

“I think we haven’t seen anything serious from Mr. Biden’s side yet,” Hemmati said. “They first need to go back to the (nuclear deal) that they withdrew from. If we see the process and more confidence is built, then we can talk about that.”

Hemmati, 64, is one of the seven candidates approved by Iranian authorities to run for the presidency in the Islamic Republic’s June 18 election. Polling and analysts suggest he lags in the race behind hard-line judiciary chief and front-runner Ebrahim Raisi, believed to be a favorite of Iran’s Supreme Leader Ayatollah Ali Khamenei.

While Khamenei has final say on all matters of state, whoever serves as president can affect domestic issues and set the tone for Iran’s broader approach with the world. Outgoing President Hassan Rouhani, a relatively moderate cleric within Iran’s theocracy, helped his nation reach its landmark 2015 nuclear deal with world powers.

However, Rouhani has struggled with the fallout of then-President Donald Trump’s decision to unilaterally withdraw America from the accord in 2018. That’s seen crushing sanctions target Iran and Tehran later abandoned all the limits on its nuclear program. It now enriches small amounts of uranium to 60% purity — a record high, though still short of weapons-grade levels of 90%.

Talking to AP journalists at his Tehran office, Hemmati repeatedly said that the signal Iranians hoped to see from the U.S. was Washington’s return to the nuclear deal.

“The Americans have sent positive signals but those signals haven’t been strong enough,” he said. “If there are stronger signals, it will affect how optimistic or pessimistic we are.”

Asked about whether Iran would be willing to accept further restrictions, such as on its ballistic missile program to get sanctions relief, Hemmati said Tehran would refuse such an offer.

“Iran’s nuclear commitments must be inside the framework of the (deal),” he said. “If they are not, neither the (supreme) leader nor the president will accept that.”