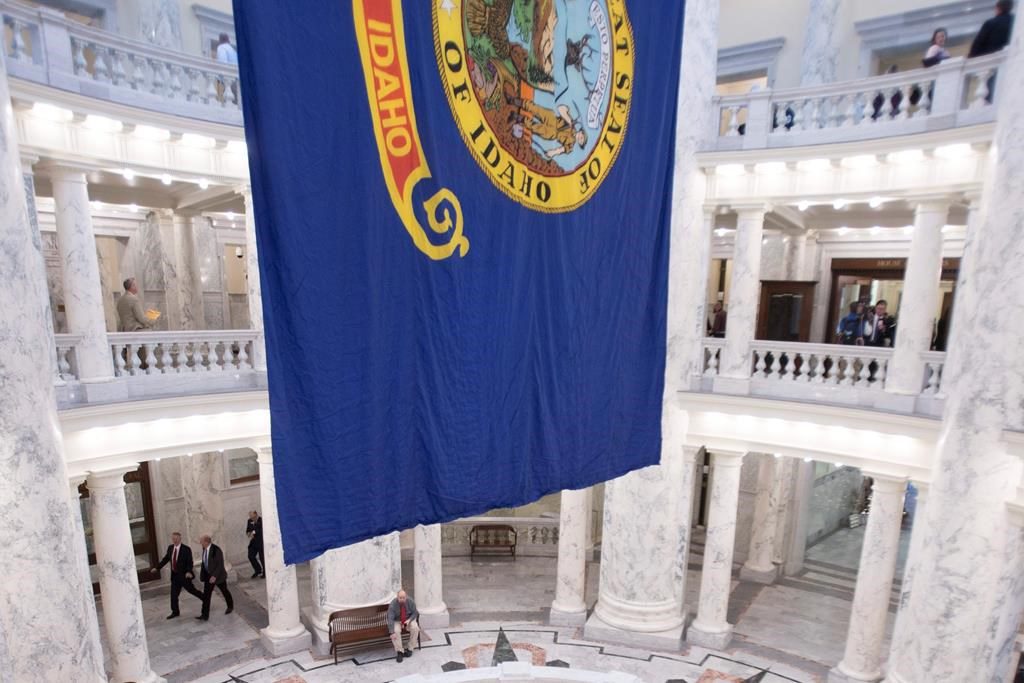 BOISE, Idaho â€” An Idaho legislative ethics committee has ordered a 19-year-old intern who says she was raped by a lawmaker to publicly testify about the encounter on Wednesday, the teen’s representatives say.

The teen’s attorney, Annie Hightower with the Idaho Coalition Against Sexual & Domestic Violence, decried the move by the House Ethics and Policy Committee.

"We learned late last night that the committee will compel her testimony via a subpoena," Hightower said Tuesday. "We believe it should be her choice on whether to relive very traumatic events in a public form. Our client deserved better, and now she deserves accountability and the full respect and support of the public."

Still, Caitlin Copple Masingill, who was assisting the Idaho Coalition Against Sexual & Domestic Violence in representing the intern, said the group was hopeful that the intern would be allowed to speak from behind a screen to shield her face from onlookers. The official subpoena had not yet been handed to the intern on Tuesday afternoon, she said.

The investigation into Lewiston Republican Rep. Aaron von Ehlinger's conduct began in March, when the intern told a supervisor that the 38-year-old lawmaker raped her at his apartment after the two had dinner at a restaurant. The Boise Police Department has a criminal investigation underway, and the Legislature's Ethics Committee is scheduled to hold a public hearing on Wednesday to determine if the lawmaker "engaged in conduct unbecoming a representative which is detrimental to the integrity of the House."

Von Ehlinger has denied the allegations and maintains the sexual encounter was consensual.

The intern has already been interviewed by the ethics committee and by law enforcement, Hightower said, and has "consistently told the truth about what happened that night." Forcing her to testify publicly will magnify the trauma she has already experienced, the attorney said.

The Associated Press generally does not identify people who say they were sexually assaulted.

Von Ehlinger’s attorney, Edward Dindinger, didn’t immediately respond to a request for comment about a subpoena for the intern. Last week, he sent a letter to the state’s attorneys objecting to some of the procedural rules set for the ethics hearing and asking that von Ehlinger’s accuser be required to comply with a subpoena. Dindinger noted that von Ehlinger could face a contempt complaint if he fails to comply with the subpoena he was issued.

"If the complainant or any other person is not actually compelled to comply with the subpoena, this would represent a gross miscarriage of justice," Dindinger wrote.

Defendants who are charged with a crime are typically allowed to confront their accuser in criminal court proceedings, though often exceptions are made for juveniles who may not be emotionally able to face an alleged abuser in person. Von Ehlinger has not been criminally charged in connection with the rape allegations, and the ethics committee hearing isn’t a criminal proceeding.

On Tuesday, members of the House Republican Caucus Leadership issued a prepared joint statement reminding the public that the hearing is simply an open committee meeting, not a criminal or civil trial.

"As we’ve said before, and will continue to say, we take these claims against one of our members very seriously," the GOP leadership wrote. "We know our members are committed to transparent and thorough process in order to make a fair determination of whether the conduct was unbecoming."

Hightower said her client wanted to do the right thing by reporting the alleged rape, but some of the response has been traumatic.

One lawmaker, White Bird Republican Rep. Priscilla Giddings, revealed the teen’s name and other personal details in a newsletter to her constituents. Giddings claimed the allegations were a "liberal smear job."

Some far-right blogs also revealed the intern’s name, photo and details about her personal life.

"Our teenage client who believes she was doing her civic duty in reporting a crime, has also been publicly named, shamed, bullied and harassed by a small subset of elected officials," Hightower said. "They’re using a teenager as a political pawn."

Copple Masingill said the organization had originally hoped that the intern would be given the choice of whether to testify in the hearing or to have the committee rely on her previous statements. But after her identity was publicly released by detractors, she increasingly felt as if the choice not to testify was being taken from her and that she needed to defend herself, Copple Masingill said.