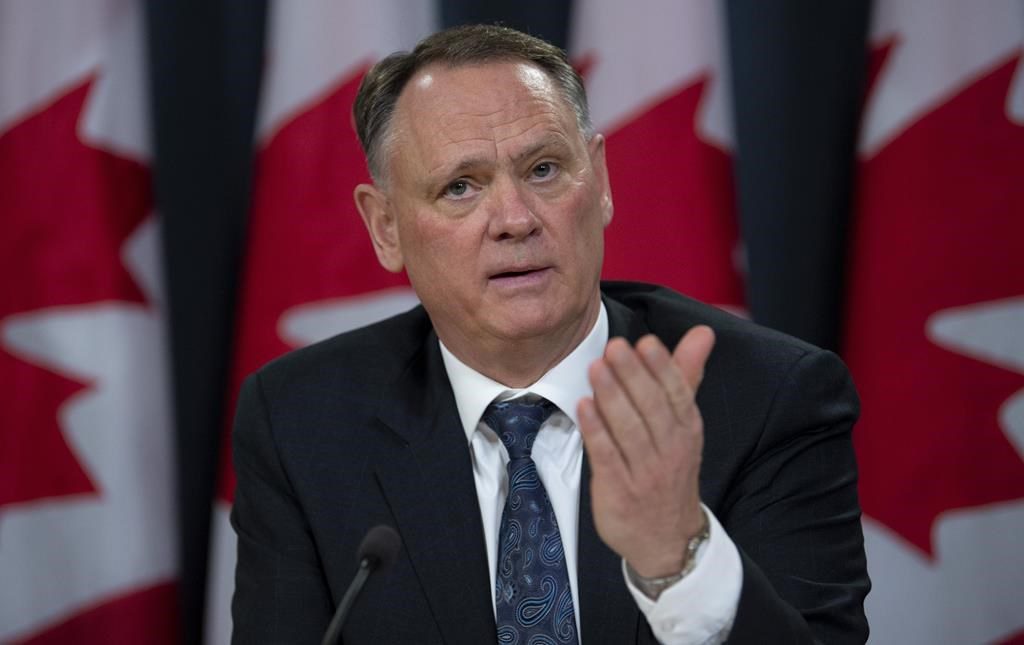 OTTAWA â€” The COVID-19 pandemic has led to a rise in espionage attacks against Canada, according to a new report from Parliament's special intelligence committee, which repeatedly singles out concerns about the threat posed by China and Russia.

The National Security and Intelligence Committee of Parliamentarians says the pandemic has provided extra incentive for foreign states to target Canada's health, science and technology sectors, particularly when it comes to vaccine research.

Russia in particular is blamed by Canadian intelligence agencies as "primarily responsible for this espionage, using clandestine cyber operations to steal proprietary data," according the committee's report, which was tabled in Parliament on Monday.

However, the report also flags concerns about China when it comes to both espionage and foreign interference in Canada. It goes on to accuse both of using cyber operations to target Canadian governments, companies and academic institutions.

"When it comes to espionage and cyber, this has markedly been affected by COVID," Liberal MP David McGuinty, chairman of the committee, said in an interview.

"And yes, the two core actors in this space remain Russia and China."

The report is the latest from the intelligence committee, which was first established in 2017 to provide independent oversight of Canada's national security apparatus and includes members of Parliament and senators from all major political parties.

It provides an update on the committee's previous assessment in 2018 of five security threats to Canada: terrorism; espionage and foreign interference; malicious cyber activities; organized crime; and weapons of mass destruction.

The report also has four recommendations for better dealing with attempts by foreign countries to interference in Canadian politics, including more frequent engagement with political parties and more thought on how to report incidents to the public.

McGuinty underscored that the report and recommendations were arrived at following extensive discussions between all members, and the whole point is to provide non-partisan advice when it comes to issues of extreme importance to the country.

One of the key changes from the committee's previous threat assessment in 2018 relates to terrorism.

While the committee found Islamic extremist groups such as the Islamic State of Iraq and the Levant still posed a threat, the landscape has changed to where right-wing extremism now figures prominently.

The report cites a 2019 study that found a 320 per cent increase between 2013 and 2018 in "ideologically motivated violent extremism," as intelligence agencies refer to hate like that espoused by neo-Nazis or the misogynist “incel” culture.

The pandemic is believed to be contributing to the problem, according to the committee report, which notes an increase in antigovernment rhetoric and racism while noting the rise in social isolation, online activity and financial hardship during COVID-19.

While one silver lining is that the pandemic has made it more difficult to launch attacks on large groups of people, the report says terrorist groups and sympathizers are adapting to the current reality.

Still, the report leaves no doubt that, in the committee's estimation and those of Canada's national security officials, the greatest threat to Canada comes from espionage and foreign interference. Of those, Russia and China are front and centre.

"Several states are responsible for conducting activities in Canada, but intelligence shows that China and Russia remain the primary culprits," reads the report, which was first presented to Prime Minister Justin Trudeau in December.

"Though the effects of espionage and foreign interference are not as readily apparent as those of terrorism, they are the most significant long-term threats to Canada's sovereignty and prosperity."

The two countries are also identified as having targeted Canadian government systems at a time when foreign actors have "taken advantage of the global health crisis caused by the COVID-19 pandemic to further their objectives."

The report says in several sections that Canadian security and intelligence agencies monitored or investigated a number of incidents related to espionage, foreign interference or cyber attacks, including by China and Russia. However, the specific details are redacted.

The committee also flagged concerns about adversaries such as China, Russia, Iran and North Korea developing cyber capabilities to disrupt Canadian infrastructure, and the potential vulnerabilities inherent with a continuing shift to online services and cloud computing.

The report, which was first presented to Prime Minister Justin Trudeau in December, did not find a significant change in the threat posed by organized crime groups or weapons of mass destruction, though it did say there are ongoing concerns with both.