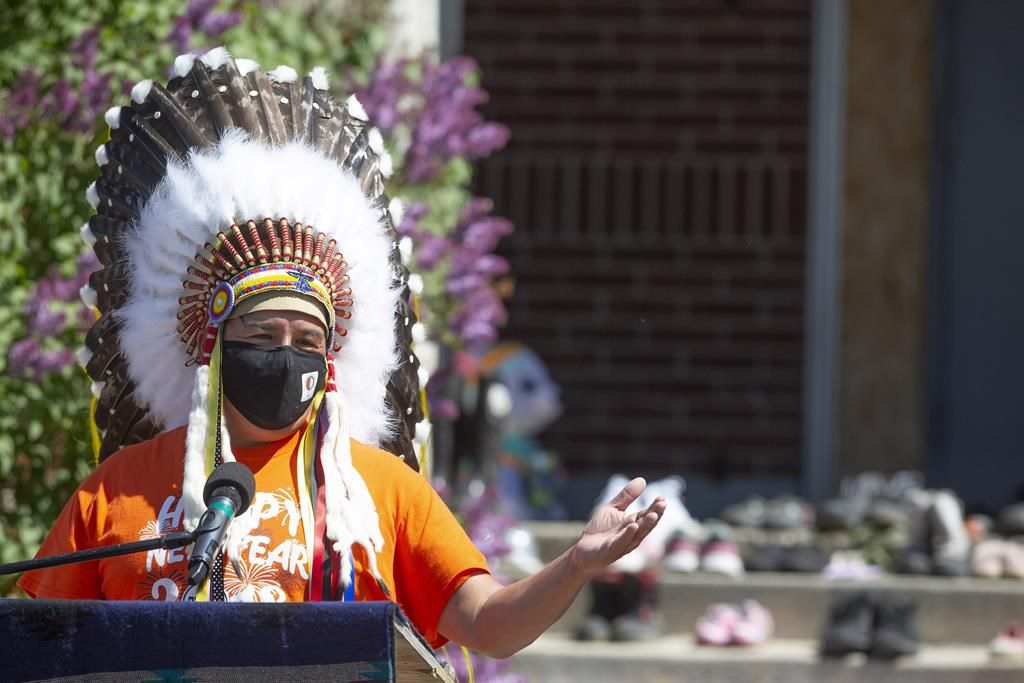 Indigenous leaders are expressing disappointment and frustration over comments from Pope Francis they say fell short of an apology for the Catholic Church’s role in residential schools.

“Why can’t the Pope contribute to that healing journey for survivors and their families?”

The Pope spoke Sunday in Rome and expressed his pain over the discovery of remains at a former residential school site in British Columbia.

The Tk’emlups te Secwepec First Nation has said ground-penetrating radar detected what are believed to be the remains of 215 Indigenous children at the Kamloops Indian Residential School site.

“We are all pained and saddened. We know that,” said Cameron. “Now it’s time to apologize.”

Cameron said the discovery in Kamloops has reopened wounds for many people in the 74 Saskatchewan First Nations he represents.

Cameron said a sincere apology from the Pope and a commitment to keep records of the church-run schools would help survivors and their families find healing.

The Saskatchewan chief said many of the people he represents don’t like using the term residential schools because it doesn’t grasp the horrific experience many had inside their walls.

“To many survivors and their families, they were institutions of torture, abuse and death.”

Some 150,000 First Nations, Metis and Inuit children were forced to go to the schools, which operated for more than 120 years in Canada. More than 60 per cent of residential schools were run by the Catholic Church.

Prime Minister Justin Trudeau has urged the church to take responsibility for its role in residential schools. He also asked that it release records on the schools.

Trudeau personally asked the Pope in 2017 to consider an apology for the institution’s part in the government-sponsored, church-run schools for Indigenous children.