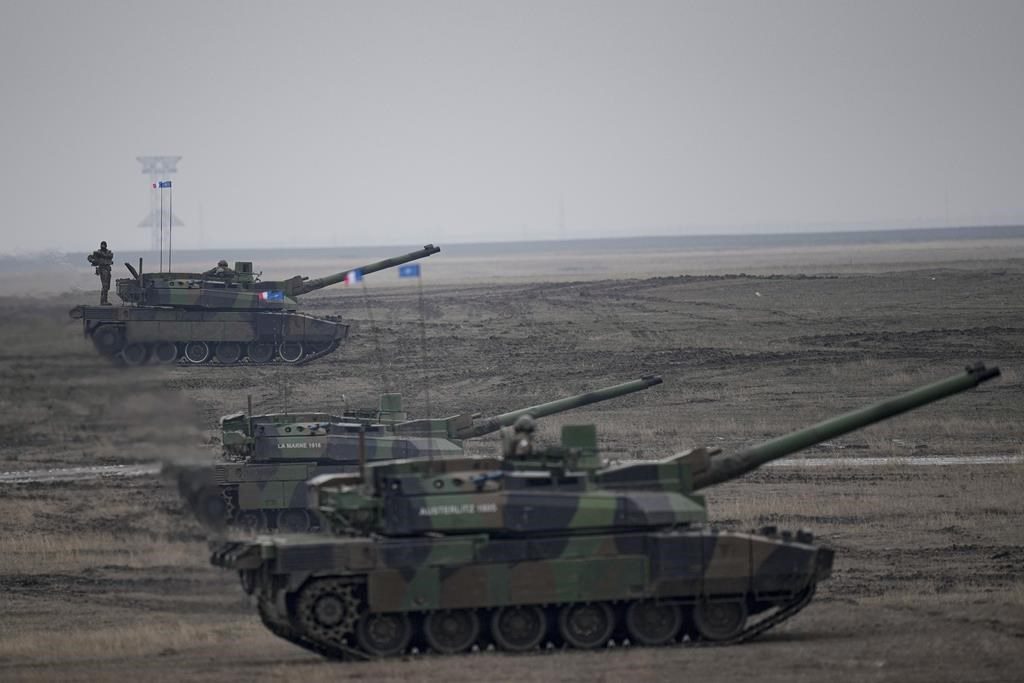 SMARDAN, Romania (AP) — Around 600 French soldiers deployed as part of a NATO battlegroup in Romania held a combat exercise on Wednesday to test the 30-nation military alliance’s readiness on its eastern flank, amid Russia’s war in neighboring Ukraine.

Romania’s defense ministry said the main purpose of the exercise is to train the battlegroup “on the rapid deployment capability and execution of a combat mission” within a collective NATO defense operation.

The Leclerc tanks used Wednesday are the same model that French President Emmanuel Macron said Sunday he asked his defense minister to “work on” the possibility of sending to Ukraine. Kyiv has persistently requested tanks from its western allies to help its war efforts.

After much hesitation, that request was finally granted by Germany on Wednesday when Chancellor Olaf Scholz said his government would provide German-made Leopard 2 battle tanks, and would also approve requests by other countries to do the same.

This month, the alliance deployed two surveillance planes to Romania, from where they will fly missions for several weeks to monitor Russian military activity near NATO’s borders.

The AWACS aircraft, which NATO refers to as its “eyes in the sky” belong to a fleet of 14 usually based in west Germany. Since the war started, AWACS have patrolled regularly over eastern Europe and the Baltic Sea region to track Russian warplanes.