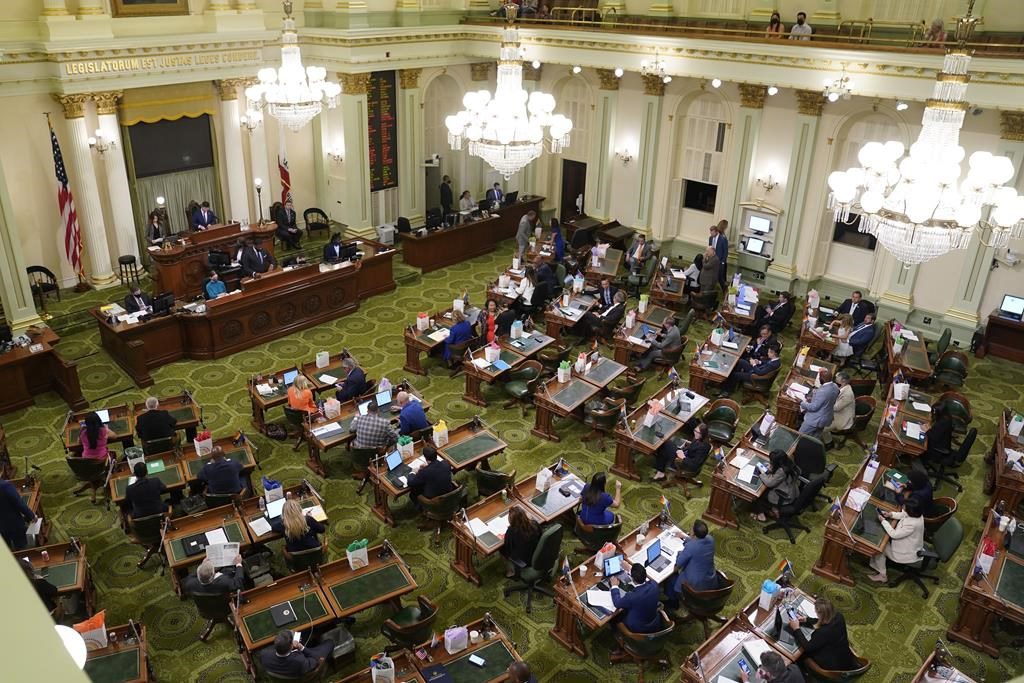 SACRAMENTO, Calif. (AP) — While LGBTQ candidates and their supporters celebrated several milestone victories around the nation in this year’s midterm elections, California quietly reached its own: At least 10% of its state lawmakers identify publicly as LGBTQ, believed to be a first for any U.S. legislature.

The California legislators, all Democrats, are proud of their success but say it underscores the hard work that remains in their own state and elsewhere, such as handling the fallout from measures such as Florida’s “Don’t Say Gay” law, which bans some lessons on sexual orientation and gender identity, or laws in other states limiting transgender students’ participation in sports or blocking gender-affirming medical care for youths.

The milestone was further shrouded by the Saturday night shooting at a gay nightclub in Colorado, which killed five people and wounded many others. The suspect was charged with murder and hate crimes. Colorado Gov. Jared Polis, who just won a second term, was the first openly gay man elected as a state’s governor when he won in 2018.

“When it comes to LGBTQ people, we’re on two tracks: One track is that societally we’re winning. People by and large are totally fine with LGBTQ people, they support us, they are accepting and willing to vote for LGBTQ candidates,” California state Sen. Scott Wiener, a member of the LGBTQ Caucus, said Monday.

Yet, he said, “despite the fact that we are winning the battle in society at large, you have a very vocal, dangerous minority of extremists who are consistently attacking and demonizing our community.”

At least 519 out LGBTQ candidates won elected office this year, in positions ranging from school board up to Congress and governor, said LGBTQ Victory Fund press secretary Albert Fujii. That’s a record, well up from 2020, when 336 LGBTQ candidates won, according to the group, which along with Equality California calculated that California is the first state to pass the 10% threshold.

Of the 12 current or soon-to-be members of the California Legislature, eight were already part of its LGBTQ Caucus, including the leader of the Senate and three other senators whose terms run until 2024. Four current Assembly members won reelection Nov. 8, with two new Assembly members and two new senators joining them, increasing the caucus’s ranks by 50%. The AP has not yet called one remaining race that could add an additional LGBTQ lawmaker.

The lawmakers will be sworn in for their new terms Dec. 5; between both chambers there are 120 total legislators.

New Hampshire and Vermont have each had more LGBTQ legislators, according to the institute, but their legislatures are bigger than California’s and so have not reached the 10% threshold.

The 2022 elections are a landscape of firsts for LGBTQ people, including Corey Jackson, the California Legislature’s first gay Black man, who noted that African Americans — particularly Black trans people — are especially marginalized.

“I think this is an opportunity just to say that number one, we are here, we do have something to contribute and we can lead and represent with the best of them,” said Jackson, a school board member from Riverside County.

He said he was motivated to run after a state bill that would have required schools to notify parents of developments in their children’s gender identity and expression failed only narrowly. Opponents of such requirements say they invade children’s privacy and can put them at risk of abuse at home.

Leigh Finke, who was elected in Minnesota, also was driven by growing anti-transgender rhetoric.

Finke hopes to ban so-called conversion therapy in Minnesota and, like California, make the state a sanctuary for children, and their parents, who can’t access gender-affirming health care elsewhere.

“I just thought, ‘This can’t stand.’ We have to have trans people in these rooms. If we are going to lose our rights, at least they have to look us in the eye when they do it,” she said.

Massachusetts and Oregon elected the nation’s first out lesbian governors.

Charlotte Perri, a 23-year-old voting organizer in Portland, Oregon, said she got emotional hearing Gov.-elect Tina Kotek talk at a campaign event about young people thanking her for running.

“It’s hard to feel optimistic as a young queer person with everything that’s going on,” Perri said.

Though the newly elected LGBTQ officials are overwhelmingly Democrats, at least one gay Republican — George Santos, a supporter of former President Donald Trump — won a U.S. House seat in New York by defeating another gay man, a Democrat.

The increase in LGBTQ lawmakers contrasts with efforts in some states led by members of Santos’ party to limit the influence, visibility and rights of LGBTQ people.

In Tennessee, leaders of the state’s Republican legislative supermajority said the first bill of the 2023 session will seek to ban gender-affirming care for minors. Tennessee has one LGTBQ lawmaker, Democratic Rep. Torrey Harris.

The state already has banned transgender athletes from participating in girls middle and high school sports and restricted which bathrooms transgender students and employees can use.

Wiener carried California’s sanctuary bill for transgender youths, which has been copied by Democratic lawmakers in other states. He and a fellow Assembly member teamed up in 2019 to expand access to HIV prevention medication. Other laws pushed by LGBTQ legislators over the years gave foster children rights to gender-affirming care and allowed nonbinary gender markers on state identification.

It’s too soon to have a solid plan for new legislation, California caucus members said, but Wiener noted realms to consider include employment resources for transgender people; homelessness and crime among at-risk LGTBQ youth; and sexual health services.

Jackson said he found hope in the election returns not only in California, but also nationwide.

“We have U.S. senators now, we have governors now, we actually have trans legislators now in this country,” Jackson said. “So in the midst of stories of hatred and stories of demonization, you still see rainbows of hope throughout our nation.”