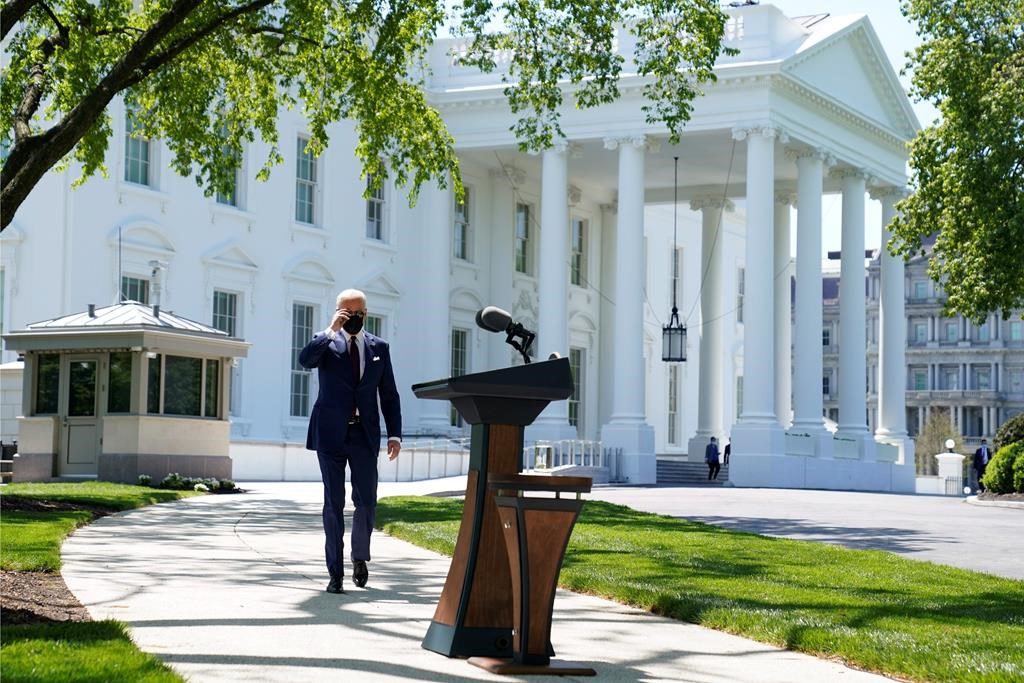 WASHINGTON â€” A coalition of immigration advocacy groups is launching a $50 million effort aimed at defending President Joe Biden on immigration and pressuring lawmakers from both parties to pass a pathway to citizenship.

The effort, the details of which were shared first with The Associated Press on Wednesday, is aimed in part at making sure Democrats "actually deliver concrete change in people's lives," according to Lorella Praeli, the president of Community Change Action.

"People can no longer wait. And people are not going to absolve either party from delivering in this moment," Praeli said. "We will not be shy about holding both or either accountable, particularly as we walk into next year, 2022 and beyond."

It kicks off with a $1.5 million television and digital ad campaign from We Are Home launching across five states and Washington, D.C., starting Saturday, and digital ads running in six more states.

The coalition of groups, which includes Community Change Action, the Service Employees International Union and the United Farm Workers, among others, is also planning nearly 60 events on May 1 for May Day. And it’s launching a paid field effort aimed at defending Democrats in difficult seats and supporting pro-immigrant "champions" in the House and the Senate to make sure they maintain strong support for a pathway to citizenship.

Praeli said that the groups are investing $2.5 million to $5 million over the next week on their field effort in key states and that part of the focus will be pressuring Democrats to embrace the use of reconciliation â€” an obscure parliamentary tool that allows lawmakers to pass some policy with 51 votes in the 100-member Senate rather than the 60 votes typically needed â€” to pass a pathway to citizenship.

"Our people delivered at the ballot box, and now it's their time to use every tool available to them,” Praeli said. "Reconciliation is one of those tools."

The Biden administration has signalled, however, it’s not interested in pursuing immigration reform through reconciliation and would prefer to pass legislation with bipartisan support â€” an unlikely goal, considering the sharp political polarization around immigration in the evenly divided Senate.

The campaign also features a $1 million ad buy launching later this week from America's Voice and Care in Action to air a series of ads across Washington, D.C., Arizona and California defending Biden from GOP attacks that he hasn't done enough to address the spike in immigration at the U.S. southern border.

One ad, shared first with the AP, accuses the GOP of hypocrisy on the issue and declares that "Republicans don't care about children at the border" while Biden "has a plan to fix the mess Republicans left at the border."

The ad is aimed at mitigating an issue that’s fast become one of Biden’s biggest political challenges â€” the sharp increase in migration, including record-breaking numbers of unaccompanied minors attempting to cross the border.

An Associated Press-NORC survey conducted earlier this month found that 40% of Americans disapprove of Biden's handling of children reaching the nation's southern border without their parents, compared with just 24% who approve. Thirty-five per cent don't have an opinion either way.