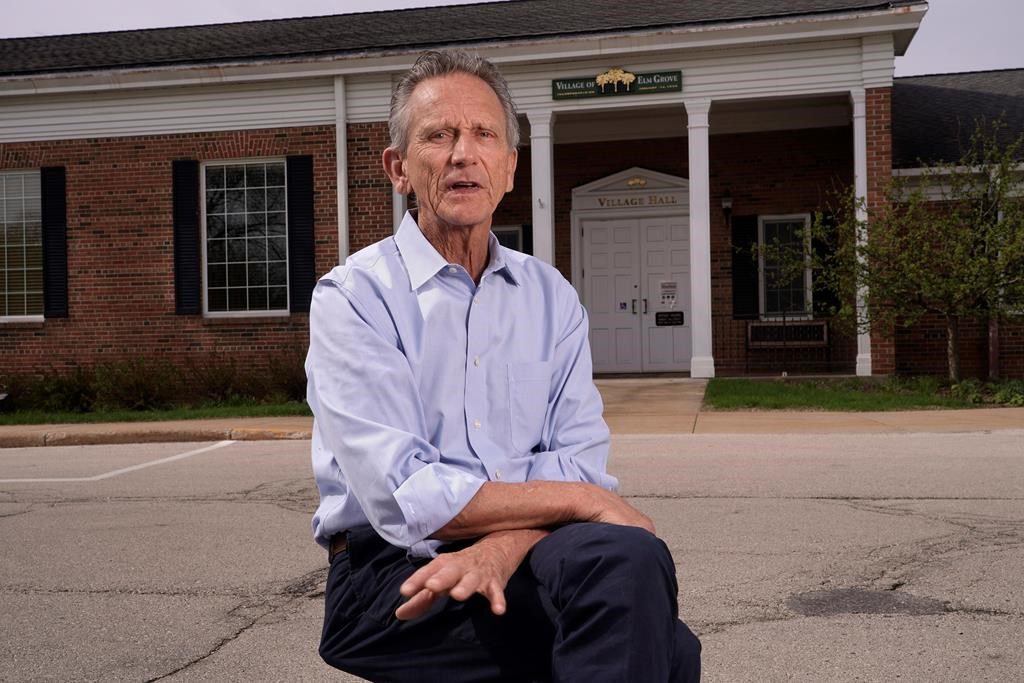 ELM GROVE, Wis. â€” Standing on the sidelines of her son’s soccer practice in this upscale suburb, Laura Hahn looked skyward for answers when asked how she would rate President Joe Biden’s first 100 days in office.

Overall, Biden is doing well, she said after a few minutes of thought. But she acknowledged her judgment is as much a feeling of relief as an analysis of accomplishments.

At the 100-day marker, polls show most Americans are like Hahn, giving the new president positive marks for his early performance.

But in this pocket of swing-state Wisconsin, where a surge in suburban Milwaukee helped put Biden in the White House, interviews with voters show that support for the Democratic president often falls short of adulation. Biden continues to get credit for bringing stability to the coronavirus crisis â€” and for not being Trump â€” but there are signs that goodwill only goes so far.

As voters here start to look past the pandemic, some worry about Biden's tax proposals to pay for massive spending plans and their impact on the economy. Some Democrats are disappointed Biden has not yet taken action on social priorities such as a policing overhaul. There are scant signs that Republicans were won over; several accused Biden of using a public health crisis to push a liberal agenda.

Despite these concerns, many voters said they were just enjoying the reprieve from the jaw-dropping headlines of the Trump era, now that Biden is in the White House.

"I'm not surprised or shocked by anything he's done,” said Jana Elkadri, a 40-year-old chief financial officer for a non-profit group, as she watched the soccer practice from the parking lot.

Biden's handling of pandemic has been strong, she said, although she worries he's a tad optimistic. She supports his proposed big spending on social programs, but wishes he had have pressed for universal health care. All in all, she said. "So far, OK."

This village of about 6,000 is hardly representative of America. It is whiter and wealthier than most communities and has a larger population of residents with college degrees. But it is places like this where Biden found a swell of support that helped him carry the pivotal trio of Wisconsin, Michigan and Pennsylvania. This suburban lift is something Democrats will need to continue if they want to hold control of the U.S. House next year or the White House in 2024.

Women such as Hahn and Elkadri were an important part of Biden’s strength in the suburbs. Hahn is a full-time financial consultant and married mother of two young children who lives in adjacent Brookfield. She said she keeps up with headlines, but has had little time to thoroughly process all of Biden’s earliest moves.

She was particularly pleased by Biden’s plans to withdraw U.S. forces from Afghanistan. When she read the news, she was floored at the reminder that troops were deployed there the year after she graduated high school. "If we haven't fixed anything in 20 years, bring them home,” she said.

Hahn isn’t the only one having trouble keeping track of Biden’s initiatives, which include a barrage of executive actions revoking many of his predecessor’ policies on immigration and the environment. In February, the narrowly Democratic-controlled Congress passed Biden’s $1.9 trillion COVID-19 relief package, with its $1,400 checks for millions of Americans.

Biden has since proposed an additional $4-plus trillion in spending, including a $2.3 trillion infrastructure plan to upgrade highways, bridges and tunnels, as well as energy systems to reduce greenhouse gas emissions and a $1.8 trillion proposa l for free preschool, family leave, child tax credits and other family and education programs.

"The November election wasn't a mandate for this kind of sweeping change,” said former state Rep. Rob Hutton, a Republican who lost his seat representing Elm Grove and Brookfield in November.

Yet for some Democrats, Biden isn’t thinking big enough, particularly on some issues that were fundamental to his candidacy.

Chris Alexander, a Democrat moved with his wife to nearby Wauwatosa two years ago, said Biden "is doing an OK job," but hasn't been aggressive enough about action on stemming police violence against Black people.

Biden declared in a speech to Congress on Wednesday night that "we have to come together" to root out systemic racism in policing. It was an echo of his remarks last week after ex-Minneapolis police officer Derek Chauvin’s murder conviction in the death of George Floyd. Although he has not endorsed a specific policing plan, the president called on Congress to pass one by May 25, the one-year anniversary of Floyd’s death.

"Nothing's still been done," Alexander said of Biden’s new goal. "We can talk about what we want until we're blue in the face. But if nothing is put in place, what happens in the weeks leading up, when people continue to go through police brutality? I still feel as if he hasn't done anything on that front."

Alexander is part of a political shift sweeping through the once Republican-dominant suburbs of Milwaukee, including the village of Elm Grove. Families have poured across the Milwaukee County line seeking its enviable schools and stately homes, many done in Milwaukee’s signature "Cream City" limestone brick.

Health care professionals and medical business representatives have replaced executives with the Milwaukee area’s once-thriving farm machinery sector. The economic draw, a mile away, is the state’s largest medical complex, anchored by Froedtert Hospital, Milwaukee Children’s Hospital and the Medical College of Wisconsin.

Elkadri and her husband, who are of Lebanese descent, are among the increasing number of Muslims in the area. Many attend a mosque built four years ago, not far from a Sikh temple that once housed Wisconsin's largest evangelical megachurch in Brookfield.

Just blocks from Elm Grove’s quiet downtown â€” once a train stop, now shops and an upscale grocery store â€” sits a park where purebreds vastly outnumber mutts on the walking trail. The police station keeps watch on one end.

No Democrat has come close to winning Waukesha County. President Barack Obama won just 32% of the vote here in 2012, when he was reelected. But Biden received almost 40%, more than any of his party’s predecessors. He even nearly tied Trump in the village of Elm Grove, where Obama won just 30% of the vote eight years ago.

In all, Biden pulled 7,500 more votes out of Waukesha County than did Democratic nominee Hillary Clinton did in 2016. That was a good chunk of his 20,682-vote winning margin in Wisconsin last year.

Biden's Wisconsin victory was also powered by overwhelming turnout in liberal Madison and strong performance in Democratic-heavy Milwaukee. Similar boosts over 2016 in Detroit and Atlanta helped carry Biden over the line in Michigan and Georgia.

In the 2022 fight for control of the U.S. House, these suburban areas will be critical. Of the 47 Democratic seats Republicans are targeting, more than two-thirds are in suburban districts.

In a late March Associated Press-NORC poll, 65% per cent of Americans living in suburban areas approved of Biden’s job performance, a figure on par with Biden’s approval with Americans overall. The poll found only one-quarter of Republicans approve of his early days in office.

Republican Neil Palmer, Elm Grove's longtime village president, counts himself among the disapprovers. He’s frustrated by Biden’s moves on immigration and called the increase of migrants trying to cross the U.S.-Mexico border a "self-inflicted crisis."

Like many other Republicans, Palmer chafed at the price tag on the spending Biden has proposed, and predicted higher taxes would slow an economic rebound.

"I not only have children, but grandchildren and they can't afford this government," the 70-year-old said.

Yet as the area changes, Palmer’s view on government’s role is less dominant.

On a quiet cul-de-sac, 35-year-old lawyer Patrick Proctor Brown applauded Biden's infrastructure plan, not simply as overdue, but as a potential economic boon akin to the interstate highway system enacted in 1956.

The married father of three wanted Biden to be just as bold on taxes and was disappointed when the Democrat walked away from a proposal to tax fortunes greater than $50 million.

"Billionaires who have doubled their wealth in the last year, they are not going to have to pay for that at some point?" Brown asked.

Katie Rasoul, a 38-year-old leadership coach in Brookfield with two children, said she is "pleased, all things considered" with Biden, but would like him to press harder for a gun control bill.

"We've had so many things happen around gun violence,” Rasoul said. "It cannot be ignored."

The White House says it is working with congressional leaders behind the scenes on a gun measure.

While Biden’s supporters here say they are relieved with what they call decency returning to the White House, Elkadri said it will take more for Biden to be viewed as a successful president. When her son recently asked whether she thought Biden would be considered a great president, she said it was too soon to know.

"I told him it would be up to his generation to judge," she said.