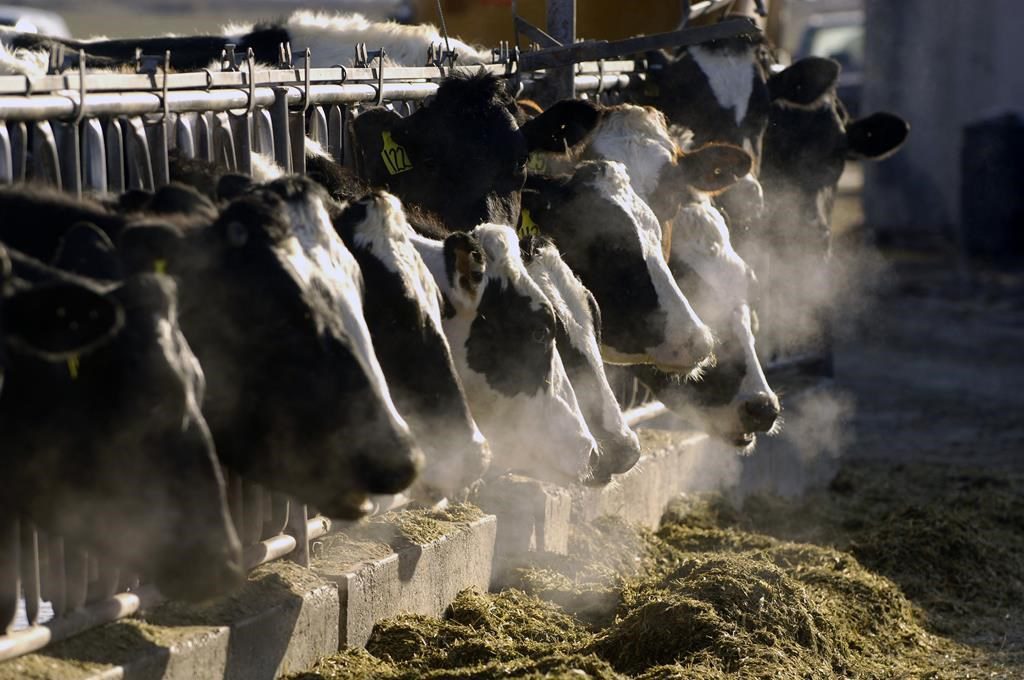 Idaho Gov. Brad Little and two other statewide-elected officials on the Idaho Land Board approved the university’s plan to use $23 million to buy roughly 640 acres of farmland in south-central Idaho, the heart of the state’s dairy industry.

That would be the main focus of the school’s proposed Center for Agriculture, Food and the Environment, or CAFE.

Idaho’s dairy industry is the third-largest dairy producer in the nation, behind California and Wisconsin. But the industry in Idaho — and in general — faces a range of challenges with greenhouse gas emissions from animals, land and water pollution, and waste systems from dairies that can have thousands of cows that produce tons of manure.

University of Idaho’s president Scott Green, who called the vote a big win for the state, the university and the dairy industry, said the school hasn’t been able to do the large-scale research the industry needs to find solutions for those and other complex problems.

“The research that we do there is going to help us improve the water quality within the state,” Green said after the vote. “It’s going to help us utilize waste products from the dairy industry in a way that’s beneficial to the environment and to agriculture.”

Green said students will get the education needed to work on the cutting edge of agribusiness and dairy sciences. He also said CAFE opens the doors for the school to receive millions in research grant money, potentially leading to new ideas and innovation.

If CAFE succeeds as envisioned, the operation would include an experimental farm and 2,000-cow research dairy in Minidoka County. Classrooms, labs and faculty offices would be constructed in Jerome County near where Interstate 84 and U.S. Route 93 intersect. A food processing pilot plant with a workforce training and education facility would be located at the College of Southern Idaho campus in Twin Falls County.

The state’s dairy industry has supported the plan, donating more than $8.5 million to date, according to state officials.

Specifically, the board on Tuesday voted to use $23 million from the 2021 sale of 282 acres of endowment land in Caldwell benefitting the University of Idaho’s College of Agriculture and Life Sciences to buy roughly 640 acres of farmland in Minidoka County north of Rupert owned by the university — turning that into endowment land. The school will now use that endowment land and money to build the research dairy.

Endowment land is land Idaho received at statehood and that the Land Board manages to produce the maximum return over the long term for beneficiaries, mainly public education.

Land Board members had other options for the money. It could have transferred the $23 million to a fund that would generate money through investments. It also could have kept the money for potential investments in timberland, the most dependable revenue generator for state land.

Choosing the university option was unique in that it recognized research as an asset.

“If this was more affordable research, private industry would be doing it,” Little said after the meeting. “These are the kinds of things government has to do, these long-term, low-return (investments). If we get research out of this that creates a more sustainable, cleaner way to have a dairy industry in Idaho, that’s a win-win for everybody.”

Immediately after the vote, applause broke out in the meeting room at the Statehouse, an unusual occurrence at a Land Board meeting that typically deals with staid financial management decisions involving the state’s 3,900 square miles (10,100 square kilometers) of endowment land.