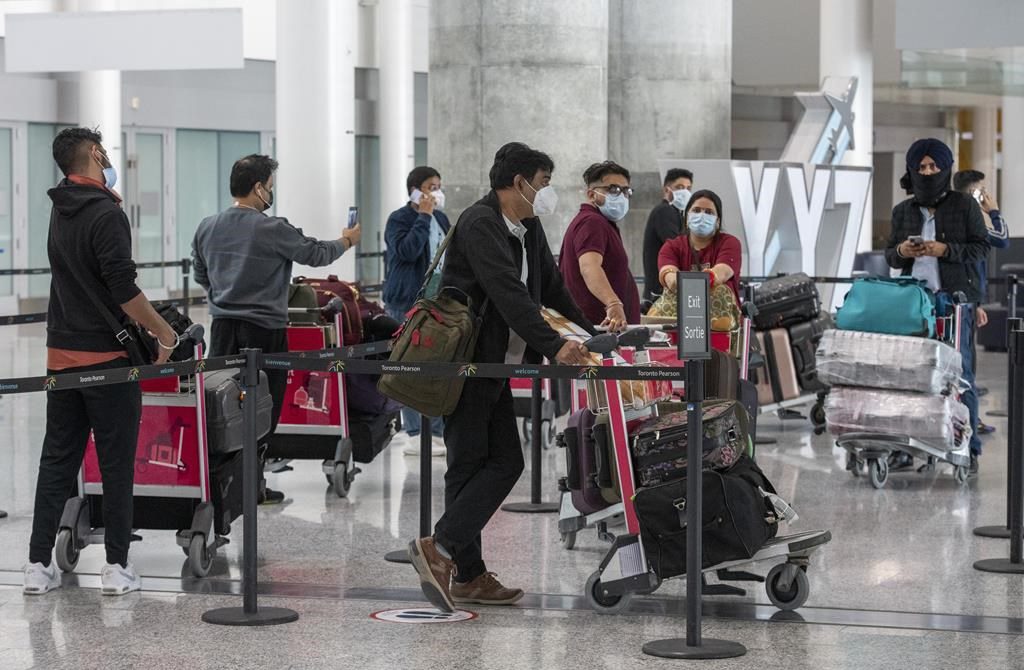 TORONTO â€” Amid mounting pressures on critical care in hospitals and concerns about new variants, COVID-19 is striking a growing number of younger people, often with deadly results.

A recent surge in hospital and ICU admissions has been particularly acute in Ontario, where experts have warned the system was fast reaching a breaking point. Vaccination efforts have lagged in the province largely due to supply shortages.

Canada’s top public health officer cited new data that needed reviewing for the last minute cancellation of a scheduled news conference on new Oxford-AstraZeneca vaccine guidelines. The National Advisory Commission on Immunization has been looking at the vaccine amid concerns about rare blood-clotting complications, particularly among younger people.

British Columbia, Alberta, Manitoba and Ontario have been giving AstraZeneca to people as young as 40 and in Quebec as young as 45.

One ICU doctor in Toronto reported the rate of fatalities among younger Canadians had increased dramatically in recent months.

According to Warner, between Sept. 1 and Feb. 28, one patient under 50 years old in intensive care died of coronavirus disease every five days. In the first 48 days of the third wave, which began March 1, the rate had jumped to one in just 1.78 days.

Ontario’s Ministry of Health on Wednesday reported 2,335 people were in hospital with the novel coronavirus, with 790 people in intensive care and 566 needing mechanical help to breathe.

In all, the province reported another 4,212 new cases and 32 more deaths.

The Ontario government, among others, has urged Ottawa to ban travel from India, which as seen a massive outbreak of COVID-19, including almost 300,000 new cases and another 2,000 deaths reported on Wednesday.

In Ottawa, Dr. Theresa Tam, the country’s chief public health officer, said the federal government was reviewing travel from India. While Canada has generally opted for measures that are not country specific, she said India could be a special case due to a “variant of interest” there.

Tam also noted uncertainty about the virulence of new variants of concern but said one of them, P1, appeared to be hitting younger people. Health authorities also said it would be impossible to stop variants entering the country.

Federal data show the arrival of 35 flights from India with at least one case of COVID-19 in the last two weeks, with more than one infected person aboard many of the flights.

“Now is not the time to travel for recreational purposes,” Tam said.

The government of Premier Doug Ford, which has faced withering criticism over its refusal to legislate paid sick leave for essential workers in light of large outbreaks in their workplaces, said on Wednesday it would present such a program within days.

Quebec, too, saw a jump of 1,217 cases, six more deaths, and another 22 patients admitted to hospital. Health officials said on Wednesday another person was in ICU for a total of 178 needing intensive care.

Manitoba said it would expand its vaccine program to include all front-line police officers and firefighters, as well as teachers and other at-risk workers. Additionally, people in high-risk geographic areas of the province will also soon be eligible for a shot.

The pandemic has also prompted the cancellation of the women’s World Hockey Championship in Nova Scotia due to travel restrictions for a second time.

The third wave of COVID-19 is also playing havoc with the Olympic preparations of some of Canada’s top track and field athletes. They will be unable to travel to B.C. to compete in the Harry Jerome Track Classic on June 12 due to the COVID-19 situation in the province.

The pandemic has also caused disruptions in courtrooms. Ontario’s Superior Court of Justice has now ordered deferment of all but the most urgent hearings â€” both virtual and in-person. The aim, Chief Justice Geoffrey Morawetz said, was to reduce the number of court staff, lawyers or parties required to leave home.