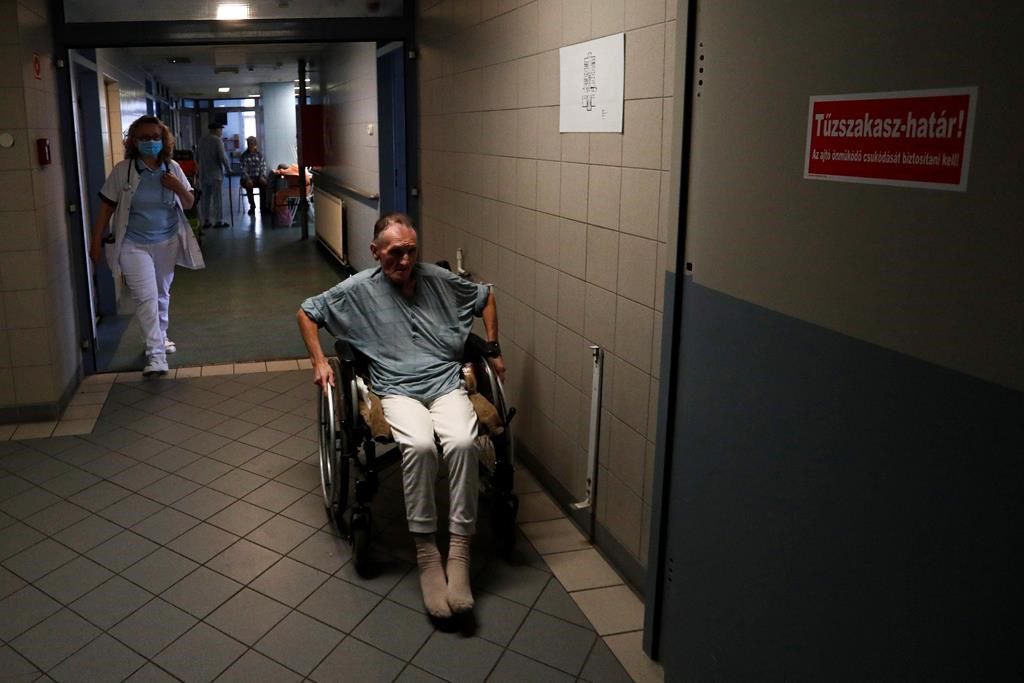 BUDAPEST, Hungary â€” Hungary’s right-wing government and the liberal leadership of the country’s capital city are absorbed in a conflict over a hospital for the homeless that may soon be forced to close its doors.

The hospital provides medical care, social services and shelter to more than 1,000 people annually. Equipped with nearly 75 beds, state of the art facilities, a temporary hostel and outpatient treatment, it is the only such hospital in Budapest, which suffers from a high rate of homelessness.

Yet the Hungarian government has ordered the Budapest Methodological Center of Social Policy, which runs the city-funded hospital, to vacate the state-owned building the facility occupies, creating uncertainty for the hundreds of people receiving treatment there and a clash with the capital’s liberal mayor.

"If there is no alternative site, we are not moving out. They can send the police after us, they can pull us out by force, but we're not leaving on our own," Budapest Mayor Gergely Karacsony told The Associated Press.

Karacsony, an outspoken opponent of Hungary’s central government under Prime Minister Viktor Orban, says he spent months asking government officials to allow the hospital either to remain in place or to relocate to another suitable building.

The office of Andrea Mager, Hungary’s minister without portfolio for the development of public assets, told the AP that an unspecified health care institute will be moved into the property, and that Budapest’s government "has known for nearly a year that the building…will be renovated, (but) has not taken any substantive steps to relocate" the hospital.

After extending the deadline, the government now says the hospital has until June 30 to relocate.

But the only other such facility in Budapest is full, she said, meaning her 75 patients and over 150 people staying at the facility’s temporary hostel would have nowhere else to go if the hospital has to vacate the building.

"(The patients) are in such a condition that they absolutely require hospital care. We cannot release them into temporary shelters," Csortos said.

With Hungary’s healthcare system already overburdened by the nearly 9,000 people hospitalized with COVID-19, allowing homeless patients to be returned to the street could have fatal consequences, Karacsony said.

“We will simply not leave these people on their own. We would not be sending them to the street, but to their deaths," the mayor said.

Hungary's government has long taken a hard-line approach to homelessness. After courts struck down two laws that banned sleeping rough, the ruling Fidesz party used its two-thirds majority in parliament to pass a constitutional amendment in 2018 that criminalized "habitual residence in a public space."

Police can issue citations to unhoused people and require them to perform community service. Someone found sleeping in a public place three times can be imprisoned.

Dora Papadopulosz, a spokesperson for the From Streets to Homes Association, a Budapest-based housing rights organization, said the decision to evict the hospital is part of a trend of anti-homeless policies enacted by Orban’s government that in her view reflect a social agenda that favours the middle and upper classes while ignoring the needs of the poor.

"If people in the government think it's fair to bring homeless people to jail, then we shouldn't be surprised that they simply don't care about the most vulnerable people in society," Papadopulosz said.

In a 2020 report, housing non-profit Habitat For Humanity estimated that some 3 million people in Hungary suffer from housing poverty, defined as people with debts who have difficulty affording monthly rent, people who live in overcrowded or very poor quality apartments, or those who struggle to pay household bills. Some estimates place the number of homeless in the country at 30,000.

Adding to the strain, rent prices in Hungary increased by 60% between 2007 and 2019, but salaries have not kept pace, according to Eurostat, the official statistical office of the European Union.

Andrea Toth, who is being treated at the evicted hospital, said she and other patients are uncertain of where they will go if the facility must relocate, but she trusts the mayor will make sure they are sheltered.

"We don't know what the end result will be. All we know is that no one will go out on the street. Gergely Karacsony said that himself,” Toth said. “The government didn't promise anything. Their motto should be, 'Live and let live.'"