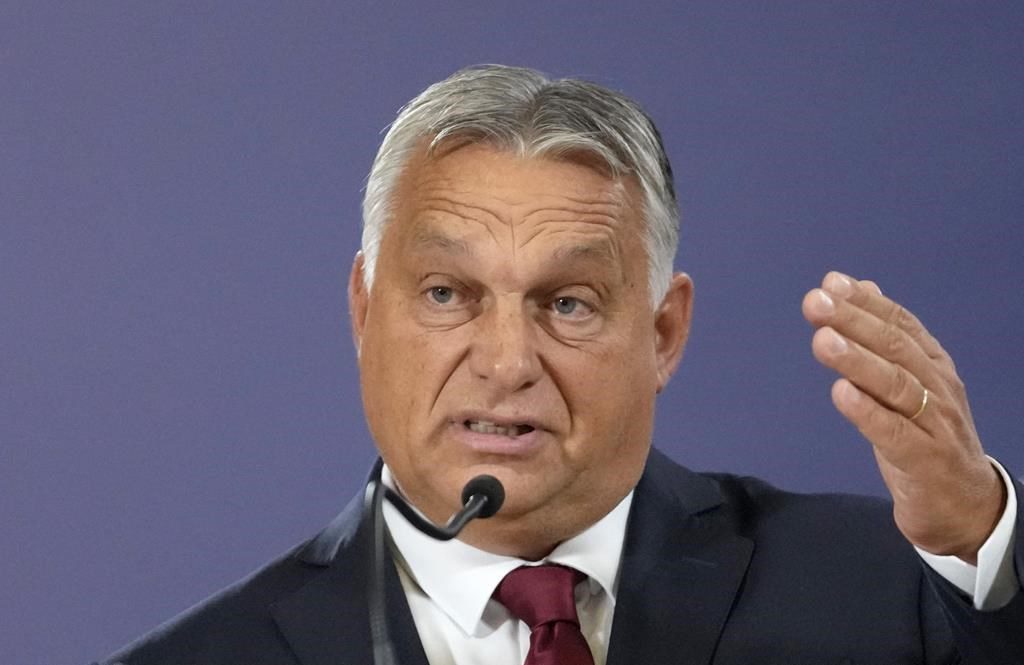 BUDAPEST, Hungary (AP) — Hungary’s governing party said Thursday it wants to poll the country’s citizens on whether they support European Union sanctions imposed against Russia over its war in Ukraine.

Fidesz plans to call for a “national consultation” on energy sanctions which he said had been decided on by the EU’s “Brussels elite,” the party’s caucus leader, Mate Kocsis, said at a news conference Thursday following a closed-door meeting.

“The sanctions are causing harm. They are destroying Europe’s economy,” Kocsis said. “We have to convince European decision-makers, the members of the elite, that they shouldn’t maintain the energy sanctions because big problems will come out if it.”

The poll, which the government calls a “national consultation,” is an informal survey available to every adult in Hungary which can be returned by mail or filled out online.

Such surveys, issued several times by the governments of nationalist-populist Prime Minister Viktor Orban since he came to power in 2010, have been criticized by pollsters and opposition parties for containing biased and leading questions, and for having no binding legal relevance.

In the news conference, Kocsis acknowledged that the consultation is a “political tool” which the government can use in its debates with the EU over whether to extend or impose further sanctions against Russia. He said the government would decide on the timing of the survey.

Hungary’s government has vocally opposed EU sanctions against Moscow, arguing they were doing more damage to European economies than to Russia. Budapest has also refused to supply neighboring Ukraine with weapons, or to allow their transfer across its border with the embattled country.

Pro-government newspaper Magyar Nemzet on Wednesday reported that Orban — who has for years nurtured a close relationship with Russian President Vladimir Putin — had told the Fidesz conference that sanctions against Russia should be scrapped, and that doing so would curb inflation and cut gas prices in half.