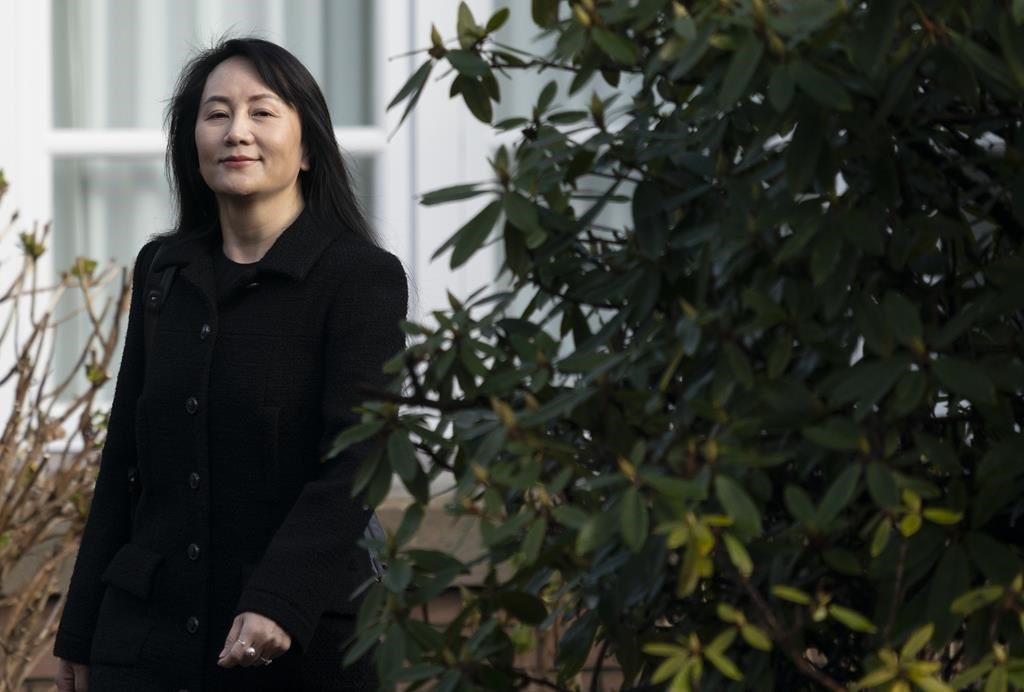 They say in court documents they need time to review new evidence obtained through a court order in Hong Kong that may support their argument that the United States misled Canadian officials in describing the allegations against Meng.

Meng’s legal team also says Canada’s attorney general should launch an investigation into whether Meng was arrested based on inaccurate information and they are seeking an adjournment until such a probe is completed and the risk of COVID-19 subsides.

Lawyers for Canada’s attorney general say in their response that none of those factors justify a months-long adjournment and accuse Meng’s team of trying to turn the extradition case into a trial.

Three weeks of arguments in Meng’s case are set to begin April 26.

Meng was arrested at Vancouver’s airport in 2018 at the request of the United States to face fraud charges related to America’s sanctions against Iran, which both she and Huawei deny.

In its response, the Crown says after 2 1/2 years of legal proceedings, “and mere days from reaching the finish line, the applicant asks this court to take a several month pause. Her request should be denied.”