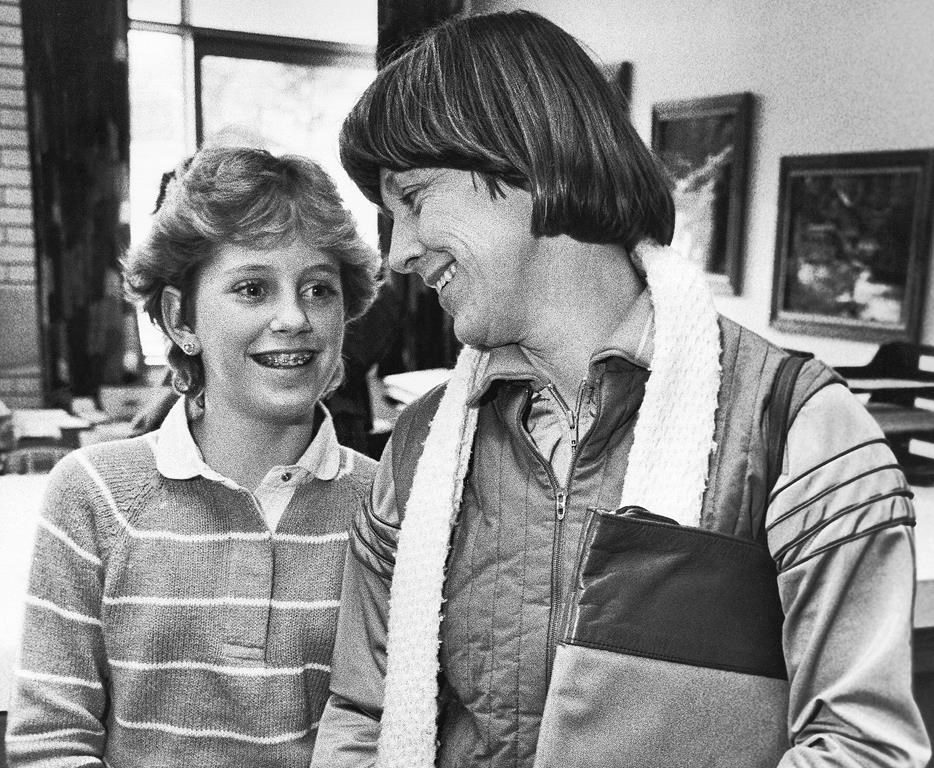 WASHINGTON (AP) — On a winter’s day in 1984, a briefcase stuffed with classified government documents showed up in a building in Pittsburgh, borne by someone who most certainly wasn’t supposed to have them.

That someone was 13-year-old Kristin Preble. She brought the papers to school as a show-and-tell project for her eighth grade class. Her dad had found them in his Cleveland hotel room several years earlier and taken them home as a souvenir.

As a different sort of show and tell unfolds in Washington over the mishandling of state secrets by the Trump and now Biden administrations, the schoolgirl episode from four decades ago stands as a reminder that other presidents, too, have let secure information spill.

The Grade 8 escapade and one known as Debategate both involved the mishandling of classified documents that Democratic President Jimmy Carter used to prepare for a debate with Republican rival Ronald Reagan in Cleveland on Oct. 28, 1980. In the latter instance, the Reagan campaign obtained — some said stole — Carter’s briefing materials for the debate.

In today’s docu-dramas, special counsels have been assigned to investigate Donald Trump’s post-presidential cache of classified documents, which he initially resisted turning over, and Joe Biden’s pre-presidential stashes, which he willingly gave up when they were discovered but did not disclose to the public for months.

With classified material also found at former Vice President Mike Pence’s home, there is now a palpable sense in the halls of power that as more officials or ex-officials scour their cabinets or closets, more such oops moments will emerge.

The Carter files fell into Kristin’s hands through a somewhat meandering route.

Two days after the 1980 debate, businessman Alan Preble found the papers in his Cleveland hotel room, apparently left behind by Carter press secretary Jody Powell. Preble brought them to his Franklin Park home where they sat for more than three years as a faintly appreciated keepsake.

“We had looked through them but didn’t think they were important,” Carol Preble, Kristin’s mother, said back then, apparently unimpressed by the classified markings. But for social studies class, Kristin “thought they’d be real interesting. I thought they’d be great, too.”

Off the girl went to Ingomar Middle School on Jan. 19, 1984, with the zippered briefcase.

Teacher Jim DeLisio’s eyes popped when he saw the warnings on the documents inside. Among them: “Classified, Confidential, Executive” and “Property of the United States Government.”

Curiosity got the better of him. That night, he said, he and his wife and daughter pored over the documents, containing “everything you’d want to know from A to Z” on world and U.S. developments. One folder was marked “Iran.” Libya was also in the mix.

Unable to reach Kristin’s family by phone, DeLisio the next day called the FBI, which swiftly retrieved the papers.

A Justice Department official who spoke to The Associated Press on condition of anonymity at the time said the bundle of documents was 4 inches (10 centimeters) thick.

Despite steering the secrets back to their proper place, DeLisio was reprimanded by school officials for calling the authorities before reaching the Preble family or them. The discovery fed into a broader investigation by a Democratic-led congressional committee of the official Carter papers obtained by the winning Reagan campaign.

The Reagan Justice Department declined calls by the committee to appoint a special counsel in that matter. A court case trying to force that appointment failed and no criminal case was brought. Debategate faded, but not the concern over how classified documents are handled by those in power.

As for Kristin, she earned a niche in history and a “B” on her school project.

This story draws on one by Associated Press writer Marcia Dunn in January 1984, and research by Rhonda Shaffner in New York.