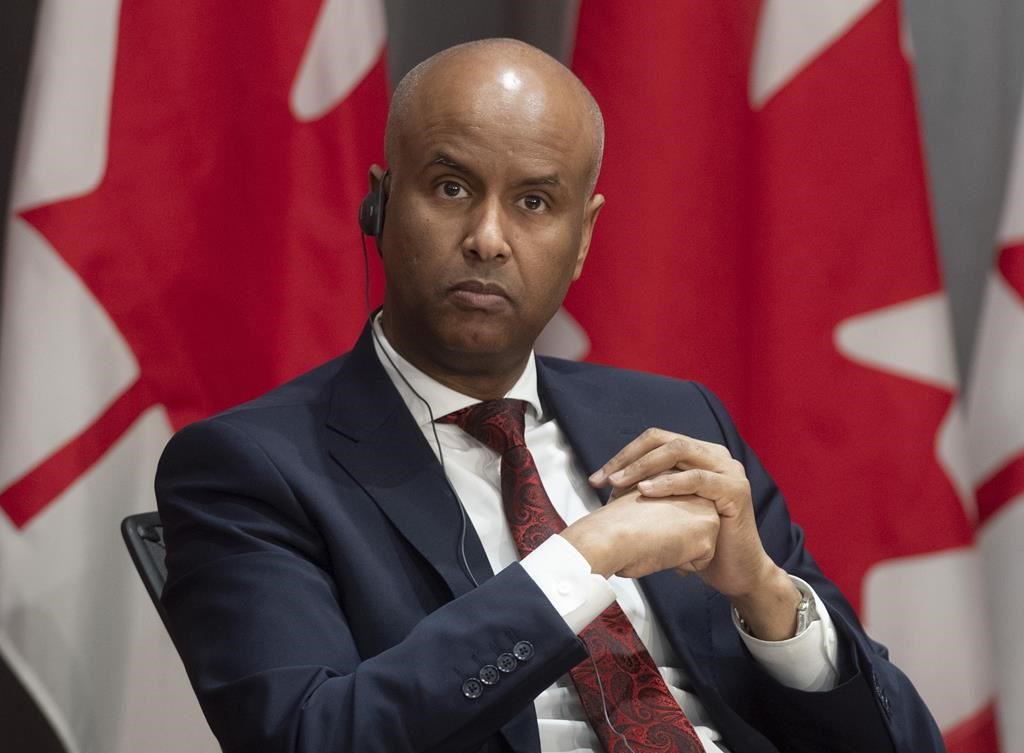 OTTAWA â€” The Trudeau Liberals have told stakeholders in the affordable-housing sector to look for funding in next week’s budget to help expand the stock of units for Indigenous people in urban centres.

Going back to the 2019 election, the Liberals have spoken about funding for urban Indigenous housing providers as the missing piece of the national housing strategy.

While those providers can apply for programs that make up the remainder of the $70-billion strategy, they have asked for specific funding to meet their unique needs.

Several sources in the housing sector who spoke to The Canadian Press on condition of anonymity to discuss matters not made public, said government officials have strongly hinted to them that the budget will include measures to meet those requests.

Asked Wednesday about the budget, Social Development Minister Ahmed Hussen would only say it would continue the government’s leadership role in housing across the country.

“Not only should the federal government exercise its leadership role in terms of encouraging movement on the building of more affordable housing, but the government of Canada should also provide resources to back that leadership role,” Hussen said during a virtual event announcing funding for a program to boost housing supply.

“I have no doubt that budget 2021 will also follow the previous budgets that have always had an emphasis on the importance of affordable housing investments.”

A report earlier this year from the parliamentary budget office noted that the Liberals’ decade-long national housing strategy explicitly allocates $179 million per year to Indigenous housing in urban, rural and northern areas.

But to really close the housing gap these Indigenous people face, the budget office estimated the government would have to spend between $159 million and $1.4 billion more annually, depending on what percentage of construction costs and rent subsidies the government wants to cover.

In B.C., the provincial government sends housing money to Pfoh’s association, which it then delivers in subsidies and capital dollars to housing providers.

It’s a model Pfoh said the association is trying to build on and become a template for the delivery of any new funding under the national housing strategy.

“The reality is that the complex needs of our community require more than just bricks and mortar. You can’t just build four walls and think we’ve solved the problem,” Pfoh said.

“We’re talking about systemic oppression that needs to be changed, and the supports that need to go with that to affect change costs more than just bricks and mortar. We need wraparound support services to support our community. And that also needs to be led by our community, for our community, not by government.”

The Liberals expanded the housing strategy in November’s economic update, adding $12 billion in loans to help build more rental units in the country.

A further $1 billion was also doled out to municipalities for what is known as rapid-housing initiatives, which allow cities or housing providers to either put together modular homes in short order, or purchase properties like hotels to quickly turn them into affordable units.

There are high expectations the budget will reboot the rapid-housing program, given how demand rapidly outpaced available dollars.

Garth Frizzell, president of the Federation of Canadian Municipalities, said a top priority for cities is more cash for the program to create 24,000 new units, which would be well beyond the 4,700 units the existing program created.

Frizzell pointed to that latter figure as proof a revamped program could work, especially with low interest rates, a need to create jobs, and help cities attract workers â€” all in the context of a government looking at beefing up economic growth.

“We have a lot of positions as the economy is opening up that are in high demand, but we’ve got a low supply of workers in those areas. And part of what’s driving the problem is not enough housing,” he said.

“So if we can inject that housing and if we can stem off some of these challenges â€” there’s your economic argument right there.”