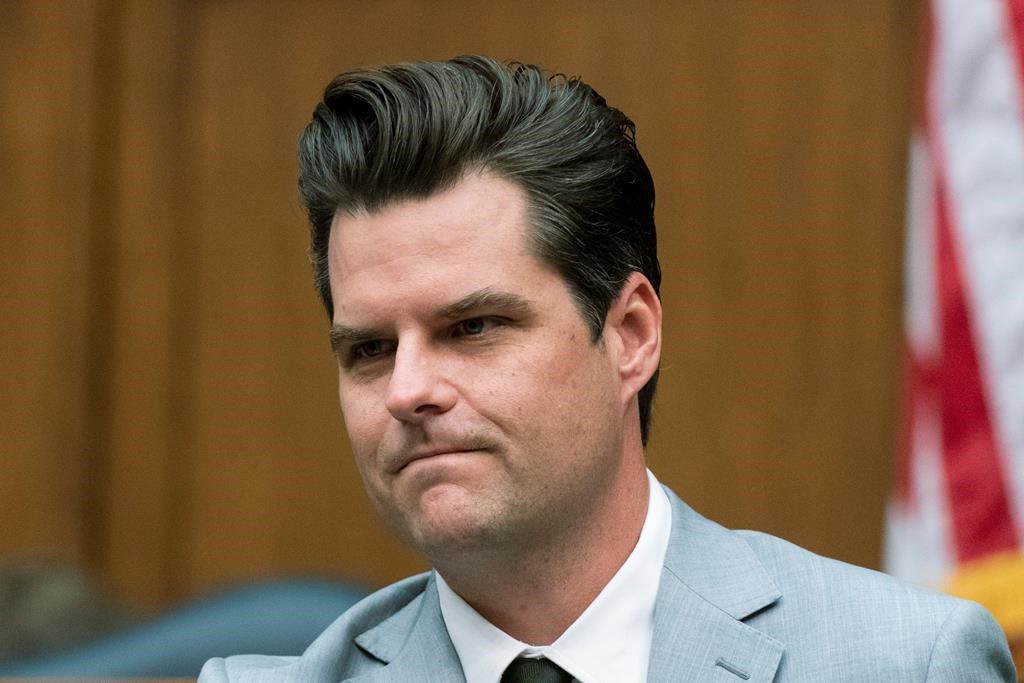 McCarthy said he told Gaetz the party would act against him if legal action began. Internal House GOP rules require that lawmakers charged with serious felonies lose their membership in committees.

More than two weeks since reports emerged that Gaetz was under Justice Department investigation for accusations that include sex with a 17-year-old girl, McCarthy’s remarks underscored the party’s reluctance to move against him without formal charges. That includes opposing calls by Democrats to remove Gaetz from the House Judiciary Committee, which oversees the Justice Department that is investigating him.

"Matt Gaetz is the same as any American, he’s innocent until proven guilty," McCarthy said when asked about pulling Gaetz off the Judiciary panel. "There’s no charges against him yet. If a charge comes forward, that will be dealt with at that time.”

Asked if Republicans might act against Gaetz before an indictment if new information is revealed, McCarthy said, "That’s a hypothetical question. I’ll deal with whatever issue as it comes. As of right now, Matt Gaetz says he is innocent, there’s an investigation going on and I’ll let the investigation take care of itself.”

McCarthy said he’d had no previous knowledge of the accusations against Gaetz.

Gaetz has publicly proclaimed his innocence and no charges have been yet been filed. Though serving only his fifth year in Congress, his frequent television appearances and staunch support for former President Donald Trump have given him a high degree of visibility, especially in conservative circles.

His political career has been at risk since word of the investigation came out last month. He and other Florida Republicans and political allies are being examined as part of a broad public corruption inquiry by federal investigators that began last year during the Trump administration, according to two people familiar with the probe who described it only on condition of anonymity.

Prosecutors are said to be examining whether Gaetz and Joel Greenberg, a former county tax official, paid underage girls or offered them gifts in exchange for sex. One person said investigators were looking at trips Gaetz and other men took and whether women were paid to have sex with them or later received government jobs.

Gaetz is also the subject of a bipartisan House Ethics Committee investigation into accusations including sexual misconduct, illegal drug use, spending campaign funds for personal use and accepting a bribe or impermissible gift.

Gaetz has said little to reporters since returning to Washington this week after Congress’ spring recess. Most Republicans have avoided commenting on his problems or taken neutral stances, saying it is premature to form opinions about what should happen.

House Speaker Nancy Pelosi, D-Calif., has said removing Gaetz from his committees is "the least that could be done” to punish him if the charges against him prove true.