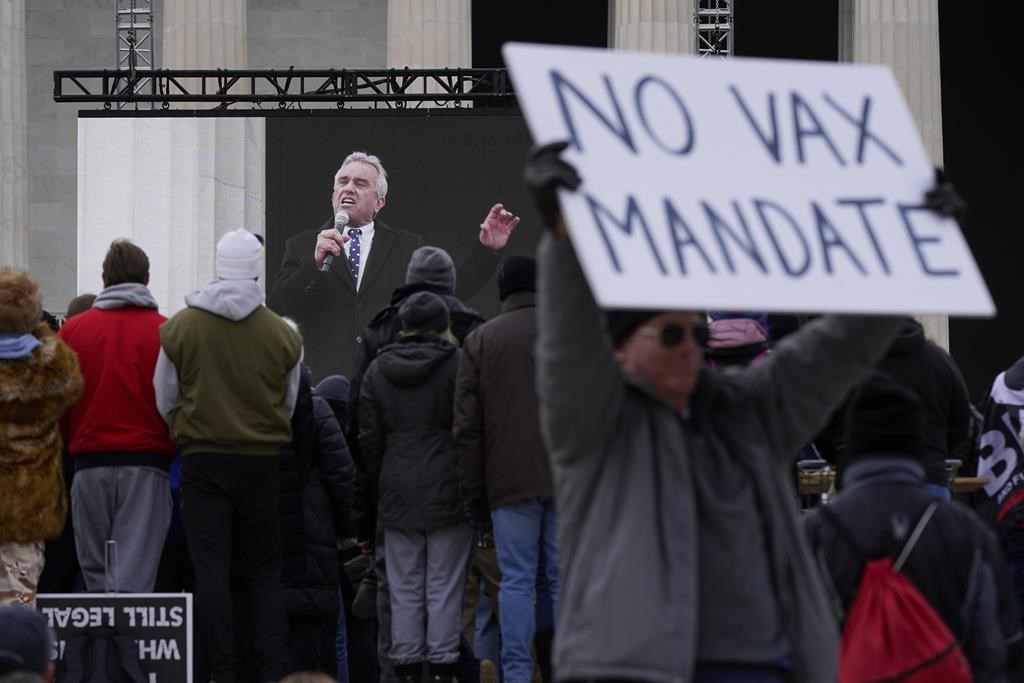 Anti-vaccine activist Robert F. Kennedy, Jr. was “reckless” and “outrageous” when he suggested things are worse for people today than they were for Anne Frank, the teenager who died in a Nazi concentration camp after hiding with her family in a secret annex in an Amsterdam house for two years, the U.S. Holocaust Memorial Museum said.

“Making reckless comparisons to the Holocaust, the murder of six million Jews, for a political agenda is outrageous and deeply offensive. Those who carelessly invoke Anne Frank, the star badge, and the Nuremberg Trials exploit history and the consequences of hate,” the museum said Monday in a statement posted to Twitter.

A spokesman said the museum made the statement in response to Kennedy’s speech and other recent incidents of people invoking the Holocaust for political purposes. The museum also pointed out that Anne Frank was one of the 1.5 million children who died during the Holocaust.

During a Sunday rally in Washington organized by his anti-vaccine nonprofit group Children’s Health Defense, Kennedy complained that people’s rights were being violated by public health measures that had been taken to reduce the number of people sickened and killed by COVID-19. He said the nation’s leading infectious disease doctor, Anthony Fauci, was orchestrating “fascism.”

“Even in Hitler’s Germany, you could you could cross the Alps to Switzerland. You could hide in an attic like Anne Frank did,” said Kennedy, a nephew of President John F. Kennedy and the son of his slain brother, former Attorney General, civil rights activist and democratic presidential contender Robert F. Kennedy.

Kennedy Jr. went on say that today, “the mechanisms are being put in place that will make it so none of us can run and none of us can hide,” and complained about 5G, the newest generation of wireless communication networks, and about vaccine passports.

An AP investigation published last month detailed how Kennedy has invoked the specter of Nazis and the Holocaust in his work to sow doubts about vaccines and agitate against public health efforts to bring the pandemic under control, such as requiring masks or vaccine mandates.

In a speech to the Ron Paul Institute in October, for example, Kennedy referenced Nazis multiple times, obliquely comparing public health measures put in place by governments around the world to Nazi propaganda meant to scare people into abandoning critical thinking. Last month, he put out a video that showed a picture of Fauci with a Hitler mustache.

Kennedy apologized in 2015, after he used the word “holocaust” to describe children whom he believes were hurt by vaccines. He said at the time that he “employed the term during an impromptu speech.”

That he has continued to use such comparisons indicates, “he means it,” said Dr. David Gorski, a cancer surgeon at Wayne State University School of Medicine in Detroit and a critic of the anti-vaccine movement who has tracked Kennedy’s rhetoric for over 15 years. Gorski said Kennedy has been making Nazi and Holocaust references in relation to vaccines since at least 2013.

In the past few years, Gorski said, Kennedy has been more open about using such language, which he said may indicate Kennedy senses it resonates with the new fan base he has built up during the pandemic, or that the consequences of using such language aren’t “unacceptably negative.”

The AP investigation documented how Kennedy had grown his group during the pandemic, expanding his audience and pulling in millions of dollars in new funding.

Gorski said the language demonstrates one of the ways Kennedy likes to connect with his audience: Buttering them up by portraying them as going against the flow and smarter than everyone else.

“If vaccine mandates are totalitarian like Nazis and the Soviet Union and that sort of thing, what does that make the anti-vaxxers? They’re brave freedom fighters,” Gorski said. “There’s flattery in those analogies.”