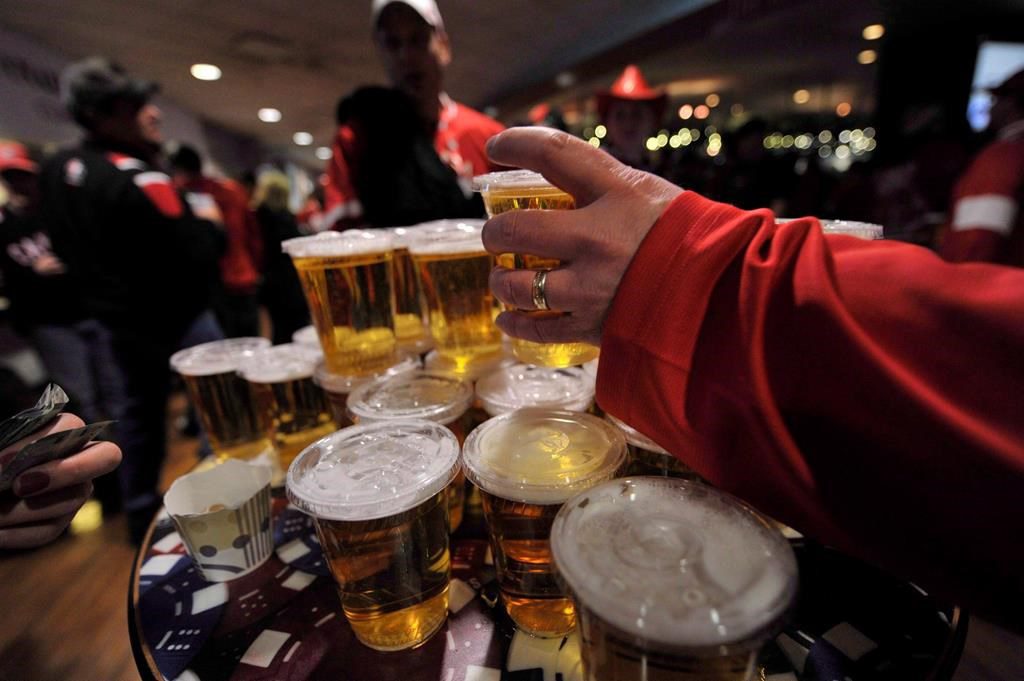 Canada has adopted new guidance on low-risk alcohol consumption, drastically slashing the amount of booze that was considered safe in 2011.

A report by the Canadian Centre on Substance Use and Addiction says the latest evidence shows alcohol is a carcinogen associated with seven types of cancer, mostly of the breast and colon, as well as heart and liver disease, dementia and lower respiratory infections.

It says no amount of booze is good for health but up to two standard drinks per week — down from two drinks per day — is considered low risk. A look:

HOW MUCH IS TOO MUCH: The guidancedescribes a continuum of risk from low to moderate to increasingly high. Inthe moderate risk zone between three and six drinks per week, the health risks increase more steeply for women. “Consuming more than two standard drinks per drinking occasion is associated with an increased risk of harms to self and others, including injuries and violence,” the report says. The experts say presenting a continuum of risk will allow people to “develop intentions” and adopt healthier and safer behaviours.

RISKS FOR WOMEN VERSUS MEN: Females become intoxicated faster than males due to theirsmaller bodies and hormonal differences. They also generally experience more risk of liver disease with fewer drinks. In general, men are more likely to develop alcohol use disorders, drink excessively, be involved in vehicle crashes and risk perpetrating violence.

There is no known safe amount of alcohol for pregnant women or those trying to get pregnant. Abstinence is best when breastfeeding. Alcohol consumption can decrease milk production and affect an infant’s sleep patterns. “Consuming a standard drink on occasion can be OK, as long as it is planned. It takes about two hours for the alcohol contained in a standard drink to be eliminated from the body and leave the breast milk,” the report says.

IMPACT ON YOUTH: The project did not include a detailed analysis of the relationship between alcohol use and harms to youth under the legal drinking age though it is believed to be the most common psychoactive substance they use. The CCSA says a high proportion of alcohol consumed by youth involves binge drinking, which increases the risk of injury and is associated with “alterations to brain development.” It recommends youth delay alcohol use for as long as possible.

POLICY IMPLICATIONS: The CCSA is urging provincial and federal governments to implement policies that reduce alcohol-related harms and promote health and wellness. It says that could include mandatory labelswith health warnings, the number of standard drinks in a container and the amount of alcohol people could consume to remain at low-risk. The CCSA is also calling for stronger regulations of alcohol advertising and marketing, restrictions on the availability of alcohol and a minimum price. It says health professionals, including family doctors and nurses, should explain the continuum of risks associated with alcohol.

Canadian Press health coverage receives support through a partnership with the Canadian Medical Association. CP is solely responsible for this content.