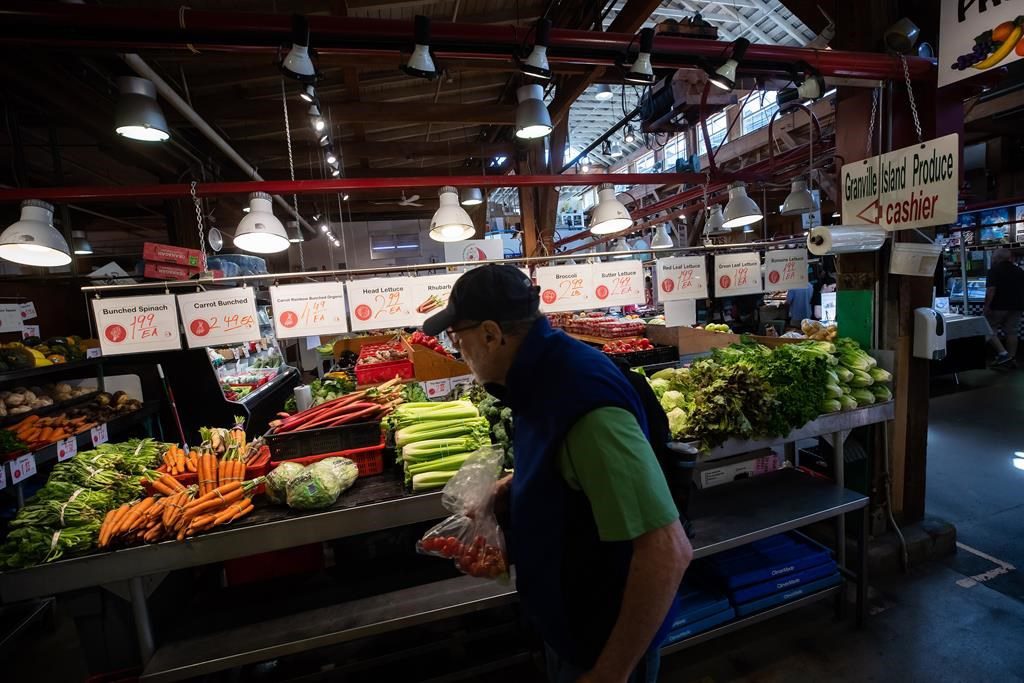 OTTAWA — Decades-high inflation has Canadians worried about the rising cost of living, but as gloomy as things may seem, Canada appears to be faring better than many other major economies.

Its national inflation rate is still lower than that of the United States, the European Union and the United Kingdom — whose year-over-year inflation rose to an eye-popping 11.1 per cent in October.

Price pressures have begun to ease in Canada, with gas prices falling from record highs and annual inflation holding steady at 6.9 per cent in October despite a rebound at the pump.

Still, despite glimmers of hope that the worst is behind Canadians, many have seen their purchasing power eroded as wage growth trails inflation.

Inflation in Canada reached the highest levels since 1981 in the summer, with rates creeping steadily higher since the lifting of COVID-19 restrictions. Prices were up 8.1 per cent in June compared to a year earlier.

And even as federal Liberals respond to the political challenge of inflation by announcing additional supports for Canadians, opposition politicians seized on the issue as an opportunity to argue that the government is failing on domestic cost-of-living issues.

But Canada has a lot of company in the fight against high inflation.

A slew of global challenges, from the Russian invasion of Ukraine to snarled supply chains, have rapidly pushed prices up around the world.

Pandemic support programs and low interest rates also made it easier for people to spend money as countries reopened, adding demand to economies that were already struggling to supply goods and services.

Now, as central banks act in unison to quash inflation, Canada’s extraordinarily high inflation rate is still lower than that of key allies.

BMO chief economist Douglas Porter says it’s tricky to draw comparisons between countries because of differences in how inflation is calculated.

However, it’s fair to say that Canada is in relatively better shape, he said in an interview.

“Even with that mild warning label, I still think the overriding story does hold that Canada does generally have lower inflation than most major economies,” Porter said.

The economist noted that Switzerland, Japan and China are the main outliers to that trend, holding inflation in the range of two to three per cent.

And as in Canada, inflation in the U.S. appears to be slowing. The latest inflation report from the U.S. Bureau of Labor Statistics shows the inflation rate slowed to 7.7 per cent in October, a positive surprise for forecasters.

Porter attributes more-intense inflation pressures south of the border to the U.S. economy re-opening earlier in the pandemic and its federal government doling out more aggressive fiscal stimulus in response to COVID-19.

On the other side of the Atlantic, a dependence on Russian energy has led to even higher pressures.

The U.K., which is suffering its highest level of inflation in 41 years, is not alone in seeing double-digit rates. The European Union saw prices in October up 10.6 per cent from the year before.

After Europe slapped Russia with economic sanctions following its invasion of Ukraine, the country cut off its supply of natural gas to Europe, raising fears about the cost of living ahead of the winter months.

“That’s the primary reason why Europe’s inflation rate is so much higher than it is here in North America,” Porter said.

Central banks globally are moving to clamp down on high inflation with interest rate hikes designed to slow economic growth.

And although the Bank of Canada has been criticized for waiting too long to raise interest rates, Porter says it has moved faster and more aggressively than other central banks.

“I think the Bank of Canada got it earlier than other central banks did. And that’s one of the reasons why our inflation rate is a bit lower,” he said.

Since March, Canada’s central bank has raised its key interest rate six consecutive times, marking one of the fastest monetary policy tightening cycles in its history. Its key interest rate rose from 0.25 per cent to 3.75 per cent, and governor Tiff Macklem has warned that Canadians should expect interest rates to rise even further.

The U.S. Federal Reserve also began raising interest rates in March at a similar pace, with the top end of its range now at four per cent.

The Bank of England raised its key interest rate by three-quarters of a percentage point at its last decision meeting, but its key rate still lags at three per cent.

The European Central Bank has been the slowest, raising its key rate last month to 1.5 per cent.

Porter said swifter action on the part of the Bank of Canada and the U.S. Federal Reserve mean inflation might come down in North America faster than in other regions.

But he cautioned that the road ahead won’t be easy.

“I think we all have to brace ourselves for a bit more of a prolonged fight to get inflation under control.”