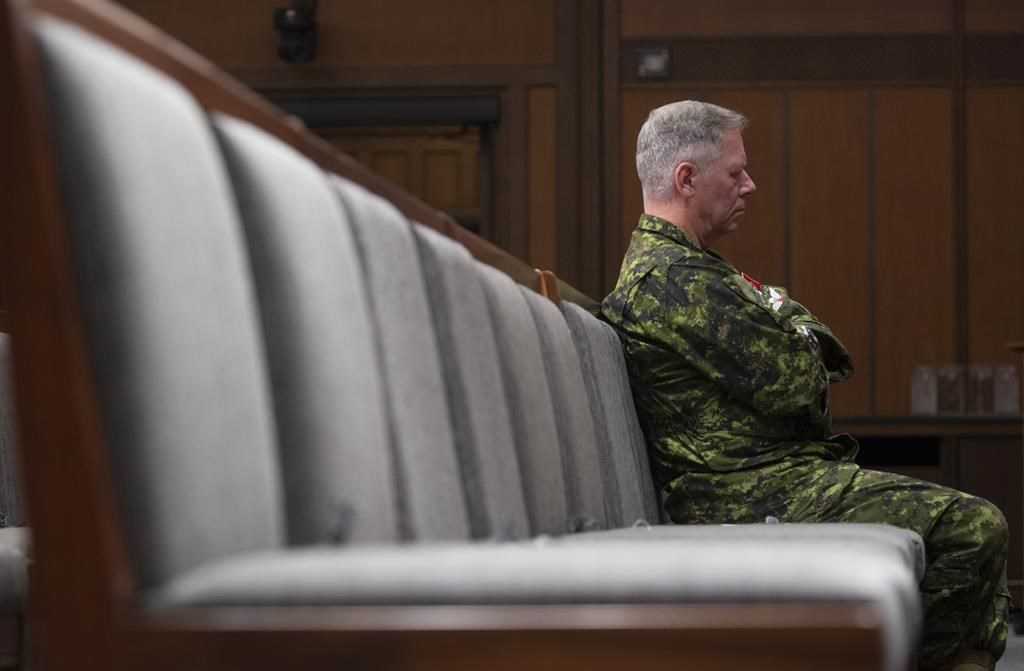 Gen. Jonathan Vance: Former chief of the defence staff who stepped down on Jan. 14. A subordinate at the heart of the sexual misconduct allegations, Maj. Kellie Brennan, told a parliamentary committee Thursday that Vance fathered two children with her but has taken no responsibility for them during a relationship that allegedly began in 2001 and continued after Vance became top commander in 2015. Global News has also reported that the retired 35-year veteran allegedly sent a lewd email to a much more junior soldier in 2012. Vance has not responded to requests for comment from The Canadian Press but Global has reported he denies any wrongdoing.

Admiral Art McDonald: Vance’s successor who stepped aside six weeks after taking the top job. A former commander of the Royal Canadian Navy, McDonald voluntarily gave up his new post when the defence minister announced on Feb. 24 that military police were looking into an allegation, which hasn’t been detailed publicly. McDonald has not responded to requests for comment from The Canadian Press.

Defence Minister Harjit Sajjan: Sajjan has come under fire from opposition MPs and the one-time Canadian Armed Forces ombudsman over his handling of misconduct allegations. A former army lieutenant-colonel and Vancouver police detective, Sajjan has argued he was right to pass off responsibility for a report of misconduct against Vance in March 2018 to the Privy Council Office, the bureaucratic operation that supports the Prime Minister’s Office. He told the House defence committee last month that drawing an elected official into a probe would be “wrong and dangerous, politicizing any investigation.”

Gary Walbourne: Former military ombudsman who first raised misconduct allegations against Vance to Sajjan in a meeting on March 1, 2018. Walbourne has expressed frustration over the defence minister’s referring him to the Privy Council, but the government has said senior civil servants were stymied in launching an investigation after the ombudsman refused to provide them with more information. Global News has reported the allegation Walbourne raised involved a lewd email sent to a female corporal in 2012, three years before Vance became defence chief.

Vice-admiral Haydn Edmundson: A top-ranking military officer who temporarily left his job following media reports of an allegation of sexual assault. The head of military personnel in Ottawa stepped aside last month as he faces a military police investigation. He has denied the allegations.