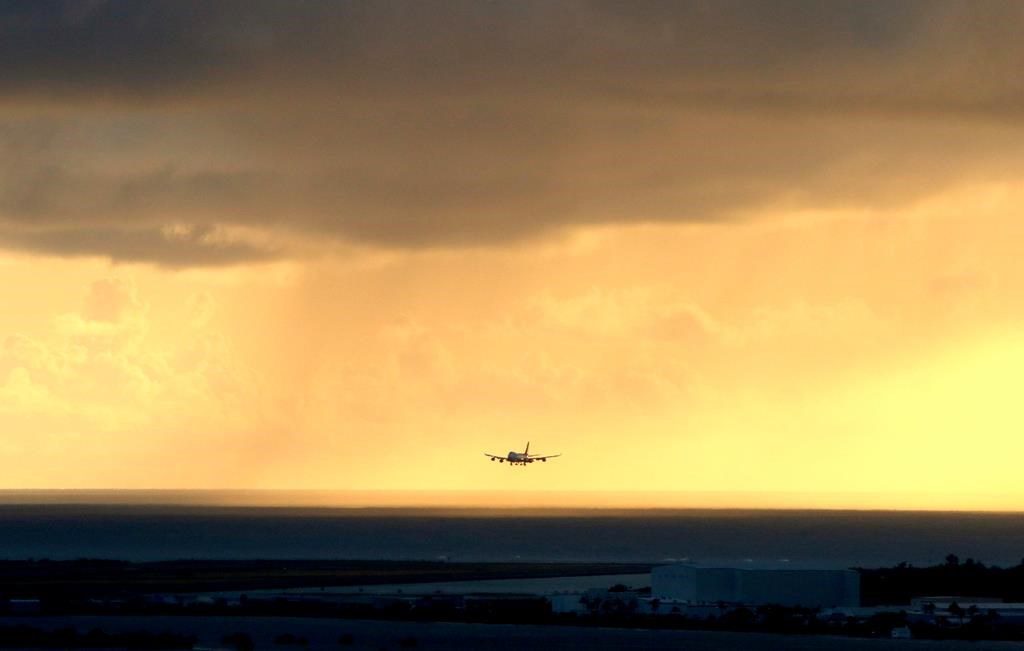 HONOLULU â€” Hawaii officials will allow state residents who have been fully vaccinated against the coronavirus to skip pre-travel testing and quarantine requirements for flights between islands.

Hawaii becomes the second state in the nation after New York to implement a vaccination verification program, state officials said at a news conference Tuesday.

The plan does not change anyone's ability to travel and avoid quarantine by testing, as is currently required for trans-Pacific and inter-island travel, but adds another option for Hawaii residents who are 14 days past their final vaccination shot. People must have received their shots in the state to be eligible for the exemption.

Hawaii Gov. David Ige said the state hopes to add the option for trans-Pacific travellers this summer, but wants to test the program among island residents first.

"Since the very beginning of this pandemic going back to March 7 of last year, Hawaii has had the best outcomes in the nation from the health perspective,” Ige said, noting that the state has had among the lowest infection and mortality rates in the nation.

The program will begin on May 11. At the onset, vaccination records will be checked manually by people at airports. Soon, travellers will be able to upload their verifications to a state website that is already being used for pre-travel testing.

Ige encouraged people to get vaccinated as everyone over 16 is now eligible across the state and the nation.

Lt. Gov. Josh Green said the islands have had about 2.7 million travellers come through the state’s "Safe Travels" program since its inception in October. The program requires travellers to get a negative COVID-19 test no more than 72 hours before the final leg of travel to Hawaii. Some islands have required additional testing upon arrival, and those rules will remain for anyone who is not fully vaccinated.

About 35% of Hawaii residents have received at least one dose of vaccine.

People opposed to using vaccinations to travel or gain access to certain businesses largely focus on privacy and security issues. Questions about how personal information will be stored and concerns about inequality have been raised.

The ACLU in an article published in March said it does not oppose the idea but has some concerns around inequality.

"A system that is exclusively digital, whether by design or as a practical matter, would be a nonstarter because it would increase inequality," the article said. "Many people don't have smartphones, including disproportionate numbers from some of our most vulnerable communities, such as people who are low-income, have disabilities, or are homeless, as well as more than 40 per cent of people over age 65."

Ige said that the program will allow people who only have physical paper records to participate in the program. He added that private companies that will get access to people’s records will be required to work with the Department of Health to maintain privacy and security of the data.

Several U.S. states, including Idaho, Arizona and Texas, have banned requiring proof of vaccination for access to certain activities. U.S. federal officials say there are no plans to make vaccine verifications broadly mandatory.

In the UK, the government is testing a system of "COVID-status certification" that would allow people seeking to travel or attend events to show they either have received a coronavirus vaccine, tested negative for the virus, or recently had COVID-19 and therefore have some immunity.

Some worry such passports will benefit people and countries with more access to vaccines. Many countries, especially the world's poorest, have struggled to vaccinate people.

Half of all adults in the U.S. have received at least one COVID-19 vaccination shot, the Centers for Disease Control and Prevention reported Sunday.

But the head of the World Health Organization said there is a "shocking imbalance" in global vaccination rates. The organization’s Director General Tedros Adhanom Ghebreysus said that while one in four people in rich countries had received a vaccine, only one in 500 people in poorer countries had gotten a dose.

The new rules could help Hawaii’s economy as residents are once again able to travel to other islands without having to pay for testing.

“The timing is right,” said Big Island mayor Mitch Roth. “We are islands separated by miles of ocean, but connected by families, friends and a sense of community. This is really the time to do this.”