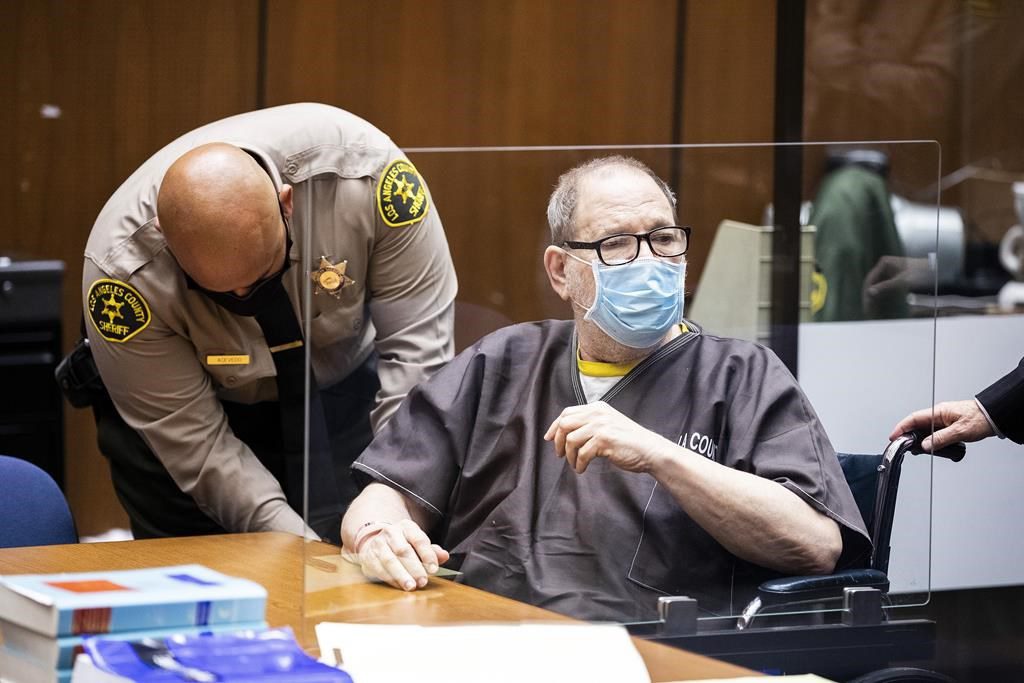 At a hearing with the 69-year-old Weinstein in the courtroom, Judge Lisa B. Lench agreed with his defense attorneys that a count alleging sexual battery by restraint in May of 2010 was too old, and outside the statute of limitations.

But she gave the prosecution permission to refile the charge in a way that may be allowable, setting up an ongoing fight.

Weinstein pleaded not guilty to four counts of rape and seven other sexual assault counts last week in his first court appearance in the California case. He was extradited from New York, where he is serving a 23-year sentence for convictions of rape and sexual assault.

In Los Angeles, Weinstein was first charged with the now-dismissed count in January of 2020, before the statute of limitations had expired. Prosecutors then got an indictment from a grand jury on an identical count six months later, when the time had lapsed.

“No one forced the prosecution to go to the grand jury,” Weinstein attorney Alan Jackson said in court. “They chose to enter a new case.”

Prosecutors argued that it was a continuation of the same case and should be considered what’s often called a superseding indictment.

Other charges against Weinstein are for even older incidents, but different statutes apply to them.

Outside court, the defense touted the ruling as a significant victory, pointing out that it removes one of the five women involved in the 11 counts.

None of the women have been identified.

The judge sided with the prosecution on two other counts that she refused to dismiss, rejecting defense arguments those incidents were also too old.

No trial date has been set for Weinstein. More technical fights are likely to come before it begins as his lawyers seek to erode the case against him. They have said the charges are all baseless, old and uncorroborated.

Weinstein was brought into court in a wheelchair wearing brown county jail attire. A bailiff unshackled him from the chair and put him next to his attorneys.

The lawyers argued that Weinstein should be allowed to change into a suit for this and similar proceedings, a move that’s standard for a jury trial but less common for pre-trial hearings.

Werksman called the jail clothes a “mark of Cain” that branded his client a criminal in photos and video from the courtroom.

The judge rejected the argument, suggesting the garb wasn’t so bad.