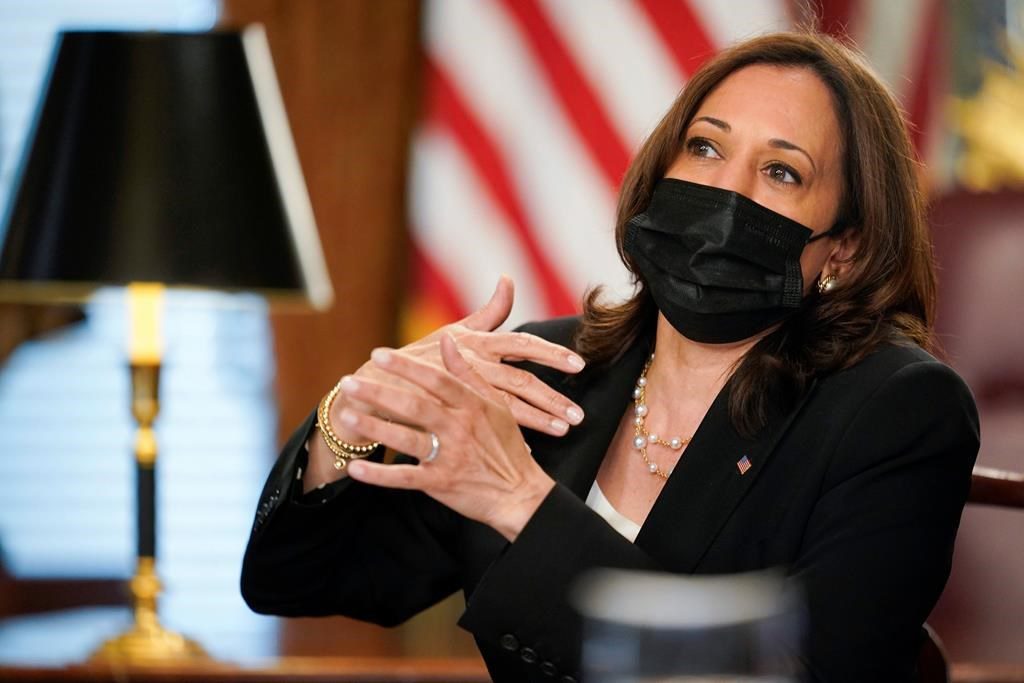 WASHINGTON â€” Vice-President Kamala Harris announced plans Wednesday to visit Mexico and Guatemala on what would be her first official trip abroad, as she pushes ahead on leading the White House’s diplomatic efforts on the migration challenge at the southern border. She also held a virtual briefing with regional experts on potential solutions to the sharp increase in migrants.

But she still has no plans to visit the border, a decision that is fueling Republican criticism that the Biden administration's response remains inadequate and unserious even as jarring photos of minors held in overcrowded detention centres draw fresh attention to the problem.

The White House said Wednesday that President Joe Biden had no plans to visit either.

"President Biden puts Kamala Harris in charge of it, and she refuses to go down, because she doesn’t want to be associated with this disgraceful policy,” he said at a press conference Wednesday morning.

Harris emphasized Wednesday that she was given the job of dealing with the root causes of migration to the U.S., while Homeland Security Secretary Alejandro Mayorkas was tasked with tackling the increase in migration at the border.

Harris said if those root causes are not addressed, "we are just in a perpetual system of only dealing with the symptoms."

Mayorkas visited the border last month, and Biden has dispatched a number of other top aides to evaluate the situation there.

The decision not to visit the border underscores the thorny political challenge the Biden administration faces in dealing with the steep influx of migrants at a time when Biden and Harris would rather focus the nation’s attention â€” and their limited political capital â€” on moving a $2 trillion infrastructure package through Congress.

In March, a record number of unaccompanied children attempted to cross the border, and the Border Patrol had its largest number of encounters overall with migrants on the southern border â€” just under 170,000 â€” in two decades. That has detention facilities run by U.S. Customs and Border Patrol overwhelmed, and the Biden administration has rushed to open up emergency facilities for children and families along the border in recent weeks.

White House press secretary Jen Psaki said Biden’s "focus is on solutions" and said the emergency shelters were a sign of "progress."

But an Associated Press-NORC Center for Public Affairs Research survey conducted this month found that 40% of Americans disapprove of Biden's handling of children reaching the southern border without their parents, compared with just 24% who approve. Thirty-five per cent don't have an opinion either way.

Harris, meanwhile, faces her own set of challenges in taking on a problem that has long eluded easy solutions. She's been tasked with overseeing diplomatic efforts to deal with issues spurring migration in the Northern Triangle countries of El Salvador, Guatemala and Honduras, which includes pressing them to strengthen enforcement on their borders, while also developing and implementing a long-term strategy that gets at the causes of migration from those countries.

And while Harris has established a working relationship with the leaders of Mexico and Guatemala, she has yet to engage with the leaders of Honduras and El Salvador, who are both embroiled in corruption scandals. The president of El Salvador recently snubbed the U.S. envoy to the region after being criticized by U.S. officials for human rights abuses.

But Harris signalled Wednesday, before beginning her briefing with regional experts, that she’s aware of the challenge and said solving the region’s problems would take time.

"We have to figure out how to assess our impact," she said, but added, "it will not be obvious overnight."

“The work we have to do is going to require a commitment that is continuous, that we institutionalize with our partners," and that includes a long-term strategy in the region, Harris said.

She added: "It will take some time to see the benefits of that work, but it will be worth it."