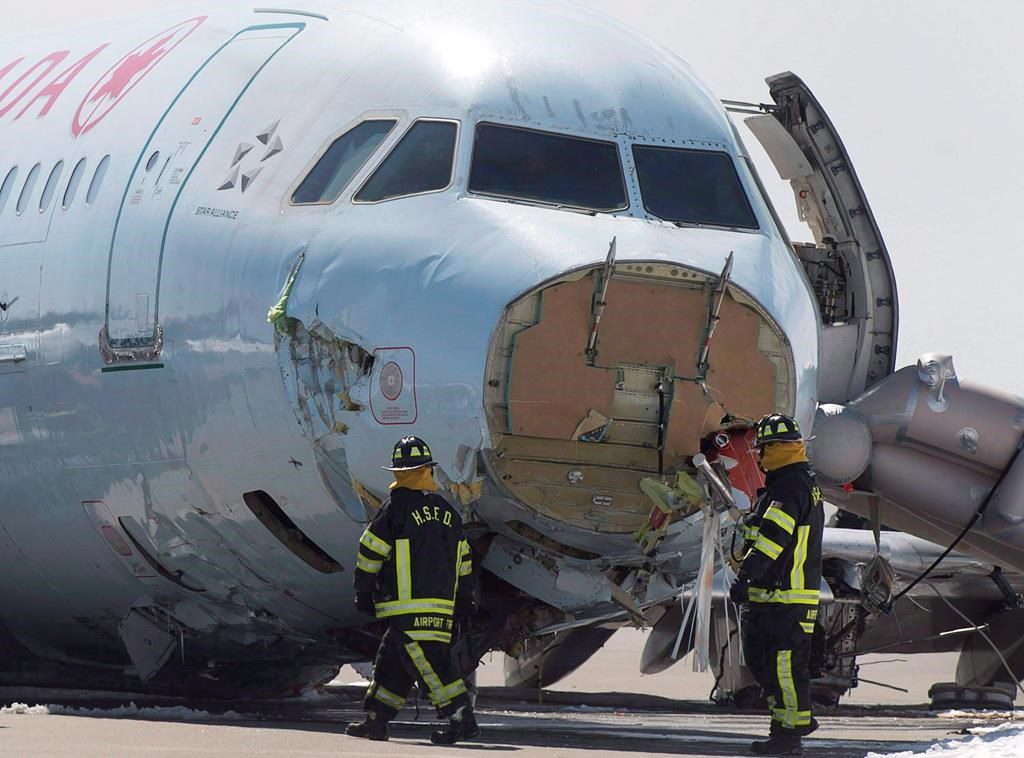 OTTAWA — The Supreme Court of Canada says the cockpit voice recording from an Air Canada plane that crashed on a Halifax runway can be disclosed to parties in a class-action lawsuit.

Dozens of people were injured in the March 2015 crash, prompting a lawsuit against Air Canada, plane manufacturer Airbus S.A.S. and others.

A statutory privilege of confidentiality applies to cockpit voice recordings, meaning the authorization of a court or coroner is needed before they can be used in legal proceedings.

Airbus S.A.S. went to court to obtain access to the voice recording, arguing it was necessary for a fair trial — a move the federal Transportation Safety Board opposed.

A judge refused to allow the safety board to make submissions behind closed doors, and ordered disclosure of the recording to the parties on the basis its contents were relevant to the class proceeding.

The Nova Scotia Court of Appeal upheld both the refusal to hear private submissions and the disclosure order, prompting the board to take its case to the Supreme Court.