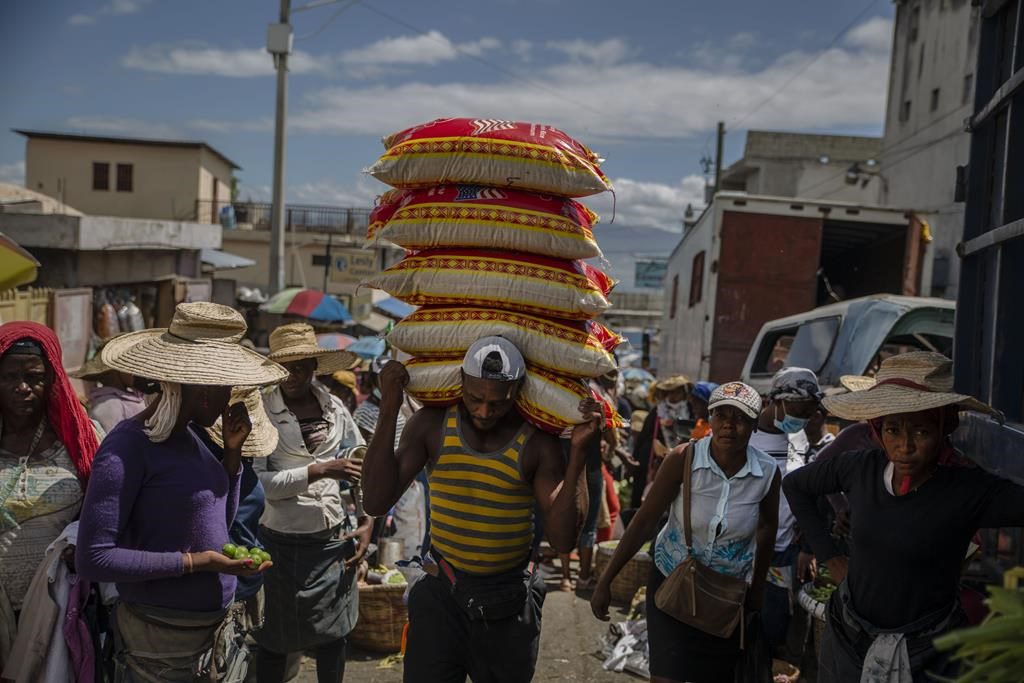 PORT-AU-PRINCE, Haiti (AP) — Ever since the pandemic began, Haiti had perplexed experts with seemingly low infection and death rates from COVID-19 despite its rickety public health system, a total lack of vaccines and a widespread disdain for safety measures like masks and distancing.

That is no longer the case.

The few Haitian hospitals treating COVID cases have been so swamped in recent days that they report turning away patients, while plans to open another hospital to treat the infected have been delayed.

But experts are united in saying those figures miss the true scale of what they say is the largest spike in cases since the new coronavirus first landed.

The government declared a health emergency on May 24 and imposed a curfew and safety measures — though few Haitians appear to be following them. Most shun, or can’t afford, face masks and it’s nearly impossible to keep a distance while shopping in bustling marketplaces or riding the crowded, colorful buses known as tap taps that most Haitians rely on to get around.

“There is no time to waste,” said Carissa Etienne, director of the Pan American Health Organization, which is working with the government to scale up testing to identify and isolate infected people — a difficult task in a place where few think they can afford to be sick.

Sanorah Valcourt, a 27-year-old mother and hairstylist, said she felt sick for for two weeks last month with a fever and symptoms including loss of taste. But she didn’t get tested, or even take measures such as wearing face masks she finds uncomfortable.

“I didn’t feel well enough to hop on a tap tap and spend hours at a hospital to get tested,” she said.

The lack of cases early this year had led authorities to reduce the number of beds available for COVID patients to about 200 — more than half of those at the nonprofit St. Luke Foundation for Haiti in the capital of Port-au-Prince.

But by early this month, that clinic was at capacity and announced it was turning away patients.

“Many people are dying on arrival in ambulances,” the foundation said. “We have received many nuns as patients, a sure sign (COVID-19) is in the poorest areas.”

Marc Edson Augustin, medical director of the St. Luke hospital, said he’s especially worried about the deaths he has seen among those aged 17 to 22, and that groups of up to seven people are showing up at the same time seeking treatment for COVID.

“The situation is real, and we want to tell people that the situation is getting worse,” he said. “We’re working to keep people alive as much as possible.”

Haiti’s Health Ministry had planned to have another 150 beds elsewhere for COVID-19 patients, but that effort was delayed. Meanwhile, Bruno Maes, representative in Haiti for UNICEF, said the children’s agency is working to help hospitals get oxygen and fuel.

“It’s not enough, for sure,” he said. “We have to be ready for a bigger influx of cases. …It could get out of control.”

So far, Haiti hasn’t received a single vaccine, though officials say they expect to get 130,000 AstraZeneca doses this month.

The U.S. government also said it would donate a portion of six million doses for Haiti, though officials haven’t specified how many or when they will arrive.

Some 756,000 doses of AstraZeneca shots had been slated to arrive in May via the United Nations’ COVAX program for low-income countries, but they were delayed due to the government’s concern over possible clotting as a side effect and a lack of infrastructure to keep the vaccines properly refrigerated.

The medical system also has been struggling with other problems, including unpaid wages for some workers. President Jovenel Moïse recently asked the Ministry of Economy and Finance to ensure they get paid.

Even when vaccines arrive, experts worry many people may not get a jab — some for fear of venturing through crime-wracked neighborhoods to reach a clinic.

Valcourt mentioned such dangers as one reason why she avoided getting tested. Like many Haitians, she turned to a home remedy — in her case, a tea made with parsley, garlic, lime, thyme and cloves.

Manoucheka Louis, a 35-year-old street merchant who sells plantains and potatoes, said she got sick earlier this year but didn’t have the roughly $20 needed to see a private doctor, who she trusts more than public institutions.

“Health care is not something I can afford,” she said, adding that she was coughing a lot and was fighting a fever, loss of taste and an aching body and head. Her two children had the same symptoms, and they all relied on homemade teas and regular cold medicine.

She said she still can’t afford to always wear a mask. They can cost about 50 cents each in a country where many people make less than a dollar or two a day.