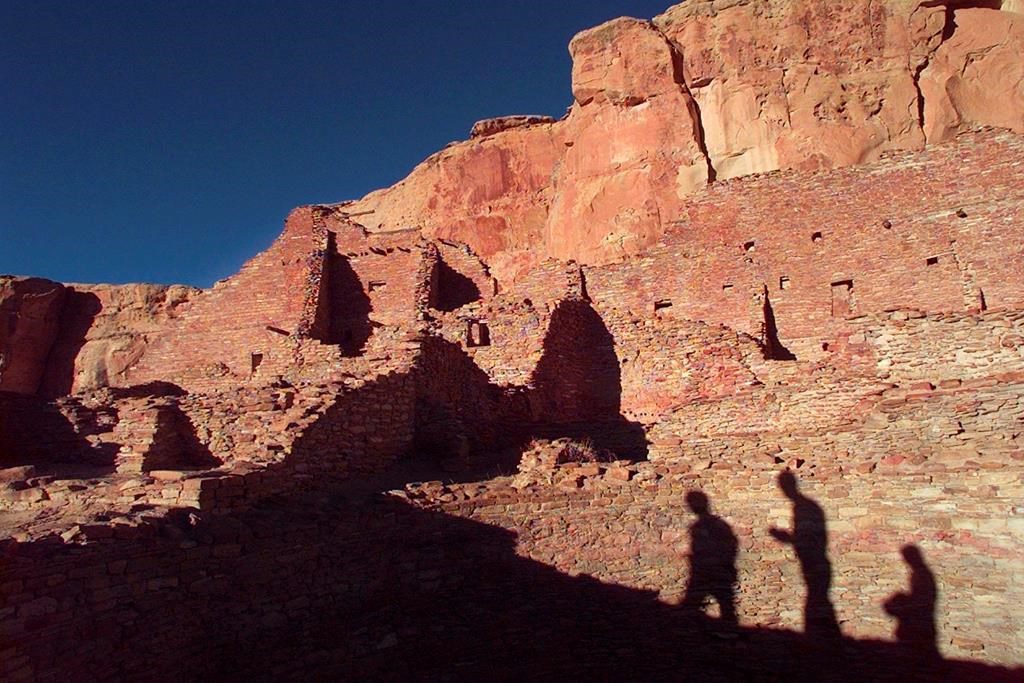 ALBUQUERQUE, N.M. â€” Environmentalists and Native American activists on Wednesday renewed their demands for more meaningful talks with Indigenous leaders and other communities on the front lines of fossil fuel development as the Biden administration reviews the nation’s oil and gas leasing program in response to climate change.

Several groups shared their frustrations over development on federal land that’s considered sacred surrounding Chaco Culture National Historical Park in northwestern New Mexico. The virtual gathering was meant to send a message to the administration as the comment period closes on the nationwide leasing review.

The activists said U.S. officials need to do more than just check boxes and instead engage in meaningful consultation with tribes and other groups given that increased oil and gas development has the potential to destroy parts of the landscape outside the park that could provide a better understanding of the ancient civilization that once inhabited the region.

"The culture of checking the box is fundamentally selling out communities, and I think the biggest institutional reform that we've been hearing a need for and a call for is meaningful engagement," said Rebecca Sobel with the environmental group WildEarth Guardian. "Communities need to have a seat at the table. We need to be restoring the balance and being a part of the decision-making with a full understanding of the impacts of the industries that are being permitted."

The fight over drilling in northwestern New Mexico has been simmering for decades and has spanned both Democratic and Republican presidencies.

During the Obama administration, the Bureau of Indian Affairs for the first time joined federal land managers in planning how to manage resources. And following a visit by Interior Secretary David Bernhardt during the Trump administration, oil and gas leasing within a certain distance of the park was put on hold.

Legislation pending in Congress would formalize the buffer zone around the park, but even some tribes have disagreed over how big it should be. Much of the land surrounding the park belongs to the Navajo Nation or is owned by individual Navajos. While the legislation would not affect tribal lands, some are concerned they would be landlocked and lose out on leasing revenue and royalties.

Meanwhile, leaders with New Mexico’s pueblo communities say the region provides a spiritual connection to their ancestors. They have been pushing for a drilling moratorium and have expressed more optimism in recent weeks with Deb Haaland â€” a member of Laguna Pueblo â€” becoming the first Native American to lead the U.S. Interior Department.

There has been no indication of whether the agency intends to reconsider previous recommendations regarding the area’s management plan or if Haaland would consider other actions related to the buffer zone around the park.

Julia Bernal, director of the Pueblo Action Alliance, said the tribal perspective should be included in the planning process because "the Indigenous nations in New Mexico have a large stake in how our water and land is managed."

Members of the coalition also called out New Mexico Gov. Michelle Lujan Grisham’s administration and the Democratic-led Legislature, saying elected leaders across the state have benefited from campaign donations made by the oil and gas industry. They also criticized Lujan Grisham for seeking to offset any economic losses from Biden’s directives.

Lujan Grisham’s administration has been working on new rules aimed at curbing methane and other pollution from the industry. The Oil Conservation Commission adopted its rules just weeks ago, and separate regulations are being drafted by the Environment Department.

Producers also say they have been using technology to address pollution concerns.

However, Nathalie Eddy with the environmental group Earthworks said finding pollution in the oil fields is "too easy," with special cameras revealing hundreds of instances of operations emitting contaminants. She said the problems span both large and small operators and new and old sites.

"When it comes to enforcement in New Mexico, the state regulatory agencies are simply no match for the incredible volume of growth in the industry," she said. "We're talking about over 58,000 oil and gas facilities in New Mexico and only a dozen inspectors. They simply can't hold the industry accountable."