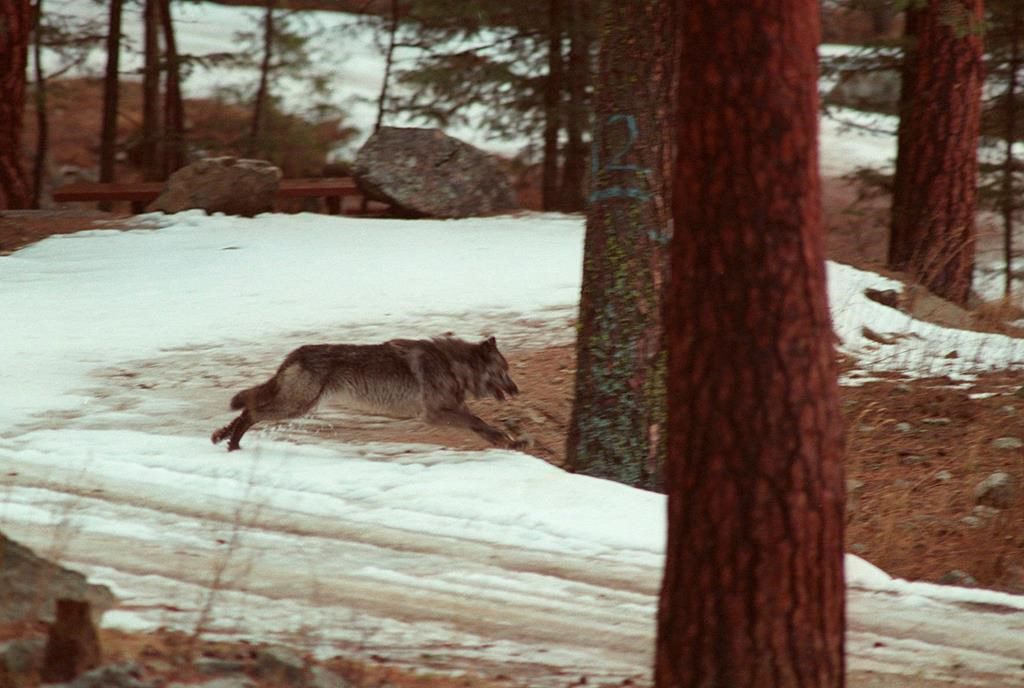 BOISE, Idaho â€” A conservation group is asking the U.S. government to cut off millions of dollars to Idaho that is used to improve wildlife habitat and outdoor recreation opportunities because of legislation that could lead to 90% of the state’s wolves being killed.

Idaho received about $18 million last year in that funding, which comes from a tax on sporting firearms and ammunition. States can use it to pay 75% of the cost for projects including acquiring habitat, wildlife research and hunter education programs.

The conservation group’s request is a reflection of the long-simmering tension between ranchers and those seeking to protect wolves in the American West. About 1,500 wolves are in Idaho, with disagreement over whether that is too many or not enough because the predators are known to attack cattle, sheep and wildlife. Ranchers say they lose hundreds of thousands of dollars a year to those attacks.

The Idaho legislation, backed by the agriculture industry, allows the state to hire private contractors to kill wolves and opens up ways the predators can be hunted.

Those methods include hunting, trapping and snaring an unlimited number of wolves on a single hunting tag and allowing hunters to chase down wolves on snowmobiles and ATVs. The measure also allows the killing of newborn pups and nursing mothers on private land.

"We won't stand idly by while federal taxpayers are forced to fund Idaho's wolf-slaughter program," said Andrea Zaccardi, a senior attorney at the Center for Biological Diversity. "Idaho is entrusted with protecting its wildlife for all Americans, and its failure to do so should be met with serious repercussions, including the loss of federal funding."

Idaho lawmakers have approved the legislation. Republican Gov. Brad Little, whose family has a long history with sheep ranching in Idaho, hasn’t said whether he’ll sign the measure.

The Idaho Fish and Game Commission also opposes the bill because it removes wildlife management decisions from the commission and its experts and gives them to politicians.

Supporters say the changes could help reduce the wolf population from about 1,500 to 150, alleviating attacks on cattle and sheep. The Idaho Cattle Association said it supports the measure because it allows the free-market system to play a role in killing wolves.

The Idaho Department of Fish and Game, using remote cameras and other methods, reported in February that the wolf population has been holding at about 1,500 the past two years.

About 500 wolves have been killed in the state in each of the last two years by hunters, trappers and wolf-control measures carried out by state and federal authorities.

Idaho's wolf conservation and management plan calls for at least 150 wolves and 15 packs. Supporters of the measure say the state can increase the killing of wolves to reach that level.

According to the plan, if Idaho's wolf population fell to 100, there is a possibility the U.S. Fish and Wildlife Service could resume management of the predators in the state.