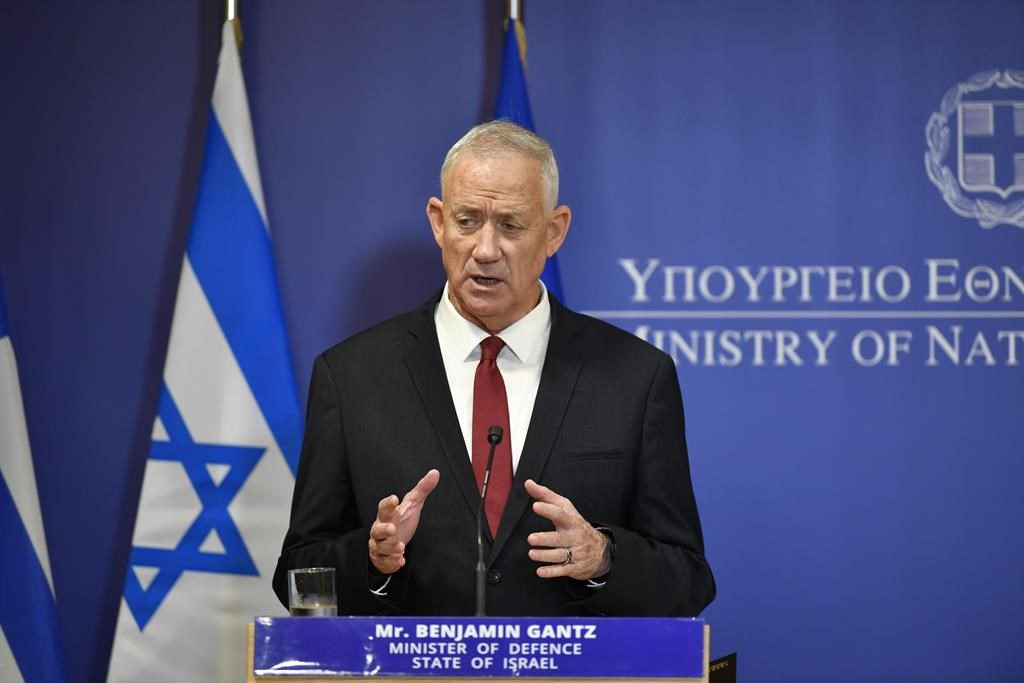 ATHENS, Greece (AP) — The defense ministers of Israel and Greece on Friday stressed the importance of maintaining strong alliances to tackle global and regional threats, citing challenges such as the war in Ukraine and ongoing tension in the eastern Mediterranean.

“The world is changing,” Israeli Defense Minister Benny Gantz said after meeting in Athens with his Greek counterpart, Nikolas Panagiotopoulos. “The implications of the war in Ukraine bleed through national borders. The politics of extremism and terrorism impacts countries across the globe.”

He cited Iran’s nuclear program and the use of Iranian drones by Russian forces in Ukraine as evidence that the Islamic republic’s alleged aggression “continues to be a grave threat to the region and to the world.”

“It is clear the global threats we see today are simply the seeds for the challenges that will develop and grow in the future, impacting national security, food supplies, immigration, energy resources,” Gantz said.

Last month, Gantz visited the Turkish capital, Ankara, becoming the first top Israeli defense official in more than a decade to do so, and signaling a possible resumption of defense ties with Turkey.

Israel and Turkey were once close regional allies, but relations became increasingly strained under Turkish President Recep Tayyip Erdogan, who is an outspoken critic of Israel’s policies toward Palestinians.

Greece has traditionally maintained good relations with both Israel and Arab nations in the Middle East, and has been seeking to strengthen alliances amid heightened tension with neighboring Turkey.

“In the face of global shifts, it is our duty to ensure our alliances … remain strong and constant,” Gantz said in Athens, adding that it was in the common interest of Greece and Israel to ensure stability in the eastern Mediterranean and the Middle East.

Greece and Turkey, both NATO members, have been at odds for decades over a series of issues, but relations have deteriorated significantly in recent years, particularly over sea boundaries in the eastern Mediterranean. High-ranking Turkish officials, including Erdogan, have made thinly veiled threats of invasion.

“Aggressive revisionism is the greatest challenge we have to face in our region and poses a serious risk for the rules-based international order,” Panagiotopoulos, the Greek defense minister, said, citing in particular Russia’s invasion of Ukraine.

During their meeting Friday, Panagiotopoulos said he and Gantz reaffirmed “our common goal and desire to expand (the) strategic defense partnership between Greece and Israel.”

“We are determined to maintain this ever-increasing momentum and also to enrich our defense industrial cooperation,” Panagiotopoulos said.